Recent reports show that California is the costliest state for workers’ comp … but you already sensed that, didn’t you?

Despite the 2012 reforms that were enacted to reduce costs, it appears that objective hasn’t quite taken root yet.

Across the nation, median premium rates range from a low of 88 cents per $100 in payroll in North Dakota all the way up to a high of $3.48 in California, according to the 2014 Oregon Workers’ Compensation Premium Rate Ranking Summary. The next state behind California is Connecticut, where the premiums are a full 61 cents lower! 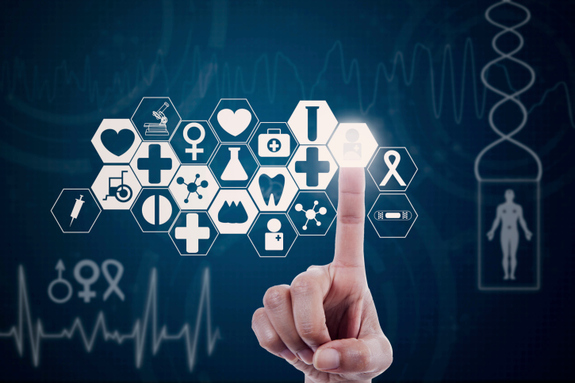 It’s no secret that California gets the brunt end of the deal, and that’s often due to its “liberal” interpretation of treatment for cumulative trauma claims, compounded by high litigation rates, which almost always bring the addition of work stress, sexual dysfunction and sleep disturbance allegations.

Whatever the reason, employers in California could use some cost relief; the more work injury claims that your business has, the higher the experience mod and the more likelihood of increased workers’ comp premiums.

But there’s good news for employers: Medical provider networks (MPN) just got a whole lot easier to use, and they can help employers control workers’ comp costs – that’s because with MPNs, employers and insurance carriers have some control over the physicians that treat the injured workers.

The MPN: A Brief Intro

What is an MPN?

An MPN is a group of health care providers (similar to an HMO) set up by an insurer or self-insured employer and approved by the Division of Workers’ Compensation’s (DWC) administrative director to treat workers injured on the job.

It’s the role of the MPN to reduce medical costs. How?

MPNs, if properly implemented by the employer, exhibit control over the medical treatment for on-the-job injuries. With MPNs, only physicians inside the network can treat the employee.

These physicians focus on treatment that heals the employee, so he or she can return to work as soon as possible.

In the Past: MPN Hassles

One issue with this well-intentioned plan in the past was its implementation.

Between posting an MPN notice in a conspicuous location, making sure all employees read and understood a multipage (32 pages!), dual-language document, and deciding how to handle employees who wanted to be treated outside the MPN, setting up an MPN could be quite the bureaucratic tangle.

In addition, injured workers often were frustrated by numerous attempts to schedule appointments with MPN physicians. MPNs often listed physicians who were no longer available or who did not treat industrial injuries.

How MPNS are Improving

In August, the Office of Administrative Law approved the final version of the Division of Workers’ Compensation MPN regulations, which offered significant improvements for employers and employees looking at MPNs for care.

The selling point of the new rules is that the administrative burden for employers has been lifted – and it’s a lot more reasonable to implement all around.

Now, employers no longer have to send out lofty MPN handbooks in English and Spanish in advance to their California-based employee population; today, employers only need to send a short notice to the employee at the time of injury, and that’s going to be enough to make sure that the employee can be treated in the MPN.

A summary of the changes to the rules can be found here (PDF), and more information is at the Department of Industrial Relations site, here.

The following highlights some of the recent changes:

Bottom Line: MPNs Save You Money

With MPNs, the power is in the employers’ hands to ensure employees are obtaining efficient care that they can stand behind.

Remember, physicians in MPNs are required to follow certain protocols to treat employees and do their best to get them back to work as soon as possible, and also collaborate with the employer on understanding the limitations and restrictions, so you can more accurately assess how they may be able to perform the essential functions of the job.

That’s why employers should consider participating in an MPN; ultimately, an MPN can help save money in claims and claim processing, therefore reducing workers’ comp premiums through better outcomes.

If you’re interested in learning more about this topic, please join me and Kim Armanasco, vice president of risk management at Woodruff Sawyer, for our breakfast seminar on November 18 discussing, “Workers’ Compensation 101: Navigating the Maze.” Sign up here.