On the heels of “Brexit”–the UK’s exiting of the European Union–there seems to be more questions than answers. On the insurance front, corporations abroad want to know where their coverage stands. While it’s true that Brexit creates myriad business challenges, in the short term your insurance program isn’t one of them. While planning for the future is a must, there is no immediate action to take. Carolyn Polikoff, Woodruff Sawyer’s Corporate and Executive Protection Practice Leader, explains why. — Priya Cherian Huskins


The British electorate’s vote to exit the European Union (EU) on June 23, 2016 has left many with feelings of fear and uncertainty. The immediate reaction by the financial markets was negative: stock and oil prices plummeted based on anxiety over a potential recession and bond yields fell as investors sought refuge in safe haven assets. London is both a central hub for financial markets and the insurance industry – the impact on the financial markets was evident immediately but what about the impact on the insurance industry? The answer to this question is simple – no one knows for sure what the ultimate impact will be.  This is an unprecedented financial event in an incredibly complex global economy. The best guidance we can offer is a thoughtful analysis of the factors that may impact our clients – insurance buyers. 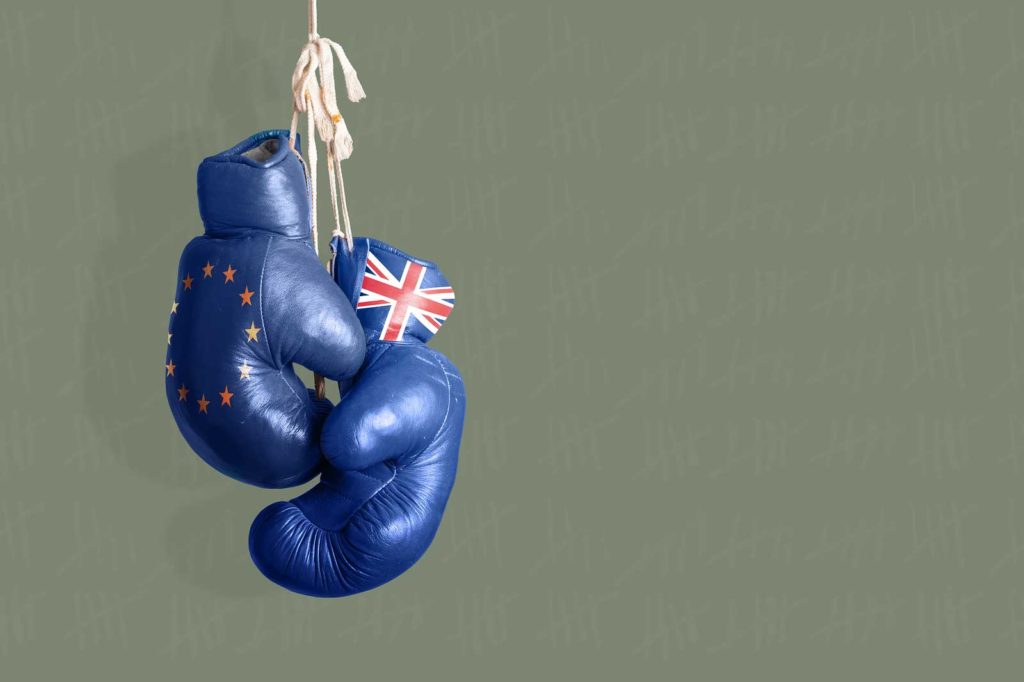 Will my insurer be downgraded?

It is unlikely that any insurer will face a solvency problem based on the Brexit. The insurance industry both in the United States and Europe has abundant capital. This capital is an insurer’s buffer to pay losses. Britain’s extrication from the EU is not an event that would lead to increased insurance losses.

The Brexit is likely to lead to increased costs and lower investment portfolio returns for insurance carriers. Global interest rates have been near zero for the past few years as the developed economies of the world have engaged in various forms of quantitative easing in an attempt to spur anemic economic growth. Insurance companies invest most of their premiums in fixed income securities. As more investors seek safe assets and interest rates continue to decrease, the investment portfolios of many insurers will return even less. This scenario will play out over the next few quarters and will impact insurers globally.

UK-based insurers may face challenges if they are paying claims in local currency in countries where the pound has weakened against the local currency – that is just about everywhere. Lloyd’s of London was quick to remind the market that more than 50% of its funds to pay claims are in US dollars so the currency impact to the Lloyd’s market is mitigated.

The other challenge UK-based insurers will potentially face is increased costs of doing business if a significant portion of their business is on continental Europe. Some UK-based insurers may even choose to move headquarters to continental Europe. Such costs will not be incurred immediately, and any insurer opting for such a move will only do so after a careful cost-benefit analysis.

Will my insurance premiums increase?

If insurance premiums increase, it will not be because of the Brexit. While UK-based insurers might attempt to raise premiums to offset their poor investment results, they will be heavily constrained by the global nature of capital availability in the insurance market. Insurance is still a supply and demand business. Demand by insureds is somewhat constant, but supply is the capital in the industry. It has been the case for many years that there is an abundance of capital in the insurance markets. From time to time we see a decrease in in capital due to losses suffered by carriers from events like major natural catastrophes in developed and expensive locations. Barring this kind of calamitous event on a scale that  would lead to a drastic decrease in capital, we don’t expect significant premium increases any time soon.

What will happen to my Freedom of Services Policy?

Freedom of Services (FOS) is the right to provide business services on a cross-border basis within the European Economic Area. This has become an important provision for many US insurance buyers because it allows a buyer to purchase an insurance policy in the London market which will be admitted from a regulatory standpoint in all EU countries.

The important point to remember is this: the United Kingdom is still part of the EU and will remain a part of the EU until the full separation is negotiated.  Your FOS policy is still in force and valid and there is no need to make an immediate change.  The EU is pushing for separation discussions to begin as soon as possible, but full separation could take up to two years.  Also remember that the separation will not be occurring in a vacuum.  As the British government negotiates the separation from the EU, trade groups and the Commerce arm of the British government will no doubt be negotiating new trade pacts with countries. No one knows what these deals will look like. It seems unlikely that there will be no deals at all.

Woodruff Sawyer will monitor this situation closely. Your account executive will update you on the Brexit negotiations at your renewal. As the terms of the separation are negotiated we will work with you to analyze your options and recommend the best strategy to address your global exposures.