Absent clearly deliberate bad acts by an executive—think Enron or WorldCom—we don’t think of incarceration as a normal consequence for an executive whose company has an employee who misbehaves. It turns out, however, that an executive of a US company can in fact be incarcerated based upon their negligence or position of authority within an organization in situations that impact the public’s health and safety. 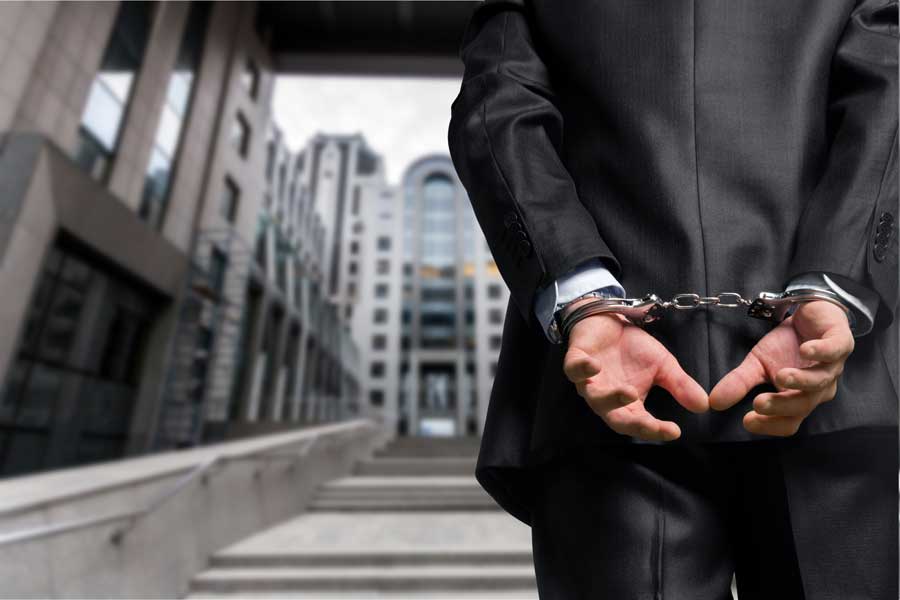 Consider the case of John Tom Williams. Williams is an officer of Willmax Capital Management, Inc. Willmax is a Dallas-based corporation and the manager of a Denver residential complex, The Overlook at Mile High. Williams is also a partner in the entity that owns The Overlook.

In January 2014, Willmax hired a contractor to remove the common area carpet at The Overlook. As part of the carpet removal, the contractor sanded down the carpet glue on the concrete floors.

It turned out that the glue contained asbestos that was released into the air. Approximately 100 residents of The Overlook were affected. Both Willmax and Williams were charged with violating the Clean Air Act (CAA). Both pled guilty to the charges brought against them.

Willmax was charged with failing to test for the presence of asbestos prior to commencing renovation activities. On May 17, 2017, in addition to five years of probation, Willmax was sentenced to pay for a medical monitoring program for all the impacted individuals and an as-of-yet undetermined amount in restitution.

Williams was charged with negligently releasing asbestos into the air. On May 17, 2017, Williams was sentenced to eight months in prison, an additional year of supervised release after the prison sentence, and must pay a $100,000 fine.

The negligence charge brought against Williams is punishable under the CAA by up to a year in prison. Other statutes that contain similar criminal negligence provisions include, but are not limited to, The Clean Water Act (CWA) and the The Federal Food Drug and Cosmetic Act (FDCA).

What is surprising here is that Williams was not directly involved in the actual release of asbestos; a contractor he hired was the active party. Moreover, there was no evidence in the record of any history of this type of “negligence.” However, Williams’ plea agreement identified him as the ultimate decision maker for renovation activities at The Overlook.

The Williams case seems unusual because of how attenuated his connection was to the actual bad act. But there is legal precedent to support the outcome.

The seminal case interpreting the criminal negligence provisions of the FDCA is United States v. Park. 421 U.S. 658 (1975). Mr. Park was the CEO of a national retail food chain. He was convicted of storing food for sale in a warehouse exposed to contamination by rodents. The court in the Park case stated that:

. . . in providing sanctions which reach and touch the individuals who execute the corporate mission . . . the [Federal Food Drug and Cosmetic] Act imposes not only a positive duty to seek out and remedy violations when they occur but also, and primarily, a duty to implement measures that will insure that violations will not occur. The requirements of foresight and vigilance imposed on responsible corporate agents are beyond question demanding, and perhaps onerous, but they are no more stringent than the public has a right to expect of those who voluntarily assume positions of authority in business enterprises whose services and products affect the health and well-being of the public that supports them.

Affirming the Park Doctrine: “In a Position to Know and Correct”

Adhering to the Park Doctrine, the US Court of Appeals for the 8th Circuit upheld the three-month prison sentences against the CEO and COO of Quality Egg, LLC. Quality Egg was found to be the source of a 2010 Salmonella outbreak that impacted more than 50,000 Americans. Jack and Peter DeCoster pled guilty as responsible corporate officers under the FDCA.

The facts in both Park and Quality Egg are arguably more egregious than those in Willmax because in both Park and Quality Egg the records reflect previous violations and opportunities to cure prior to the ultimate incidents that caused the companies and individuals to be charged. By contrast, the record in Willmax does not indicate a history of previous violations. The Willmax case illustrates there are no second chances for responsible corporate officers when the safety of the public is at risk.

The Department of Justice will continue to emphasize the importance of holding individuals accountable for corporate misconduct.  It is not merely companies, but specific individuals, who break the law.  We will work closely with our law enforcement partners, both here and abroad, to bring these persons to justice.

Corporate officers, especially those in businesses that affect public health and safety, can do the following to mitigate their risk of personal liability, including possible prison sentences:

The consequences of criminal negligence—personal financial penalties and possible jail time—are clearly a serious matter. While the threat is real, following these four suggestions will go a long way to mitigating the risk.