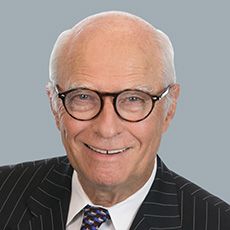 Stan Loar became Chairman Emeritus in 2020. As Chairman from 2013 to 2020, Stan played a primary role in driving our company vision and presence in the marketplace, as well as in managing our international brokerage relationships. Stan joined Woodruff Sawyer in 1976 and served as the company’s Chief Executive Officer for 13 years prior to transitioning to Vice Chairman of the Board in 2008.

During his 45 years in the insurance industry, Stan has served in a number of central roles and has extensive international experience, including working abroad in the United Kingdom and Germany. He is a board member of the World Federation of Insurance Intermediaries (WFII) and an underwriting member of Lloyd’s of London. He also serves on the board of Bermuda captives PAR Ltd.

In 2014, Stan was honored by the Independent Insurance Agents and Brokers of California (IIABC) with the Ramsden/Sullivan Memorial Award. The award is bestowed on one individual who exemplifies the highest caliber of service to the independent agency system, the insurance industry and the community.