It is unusual for the Securities and Exchange Commission to pursue an independent director, so when it happens, it’s worth taking note. In 2014, the SEC went after the audit committee chairs of two U.S.-listed public companies, L&L Energy and AgFeed Industries, Inc.

In this post, I want to highlight the circumstances of these cases. While L&L Energy feels like something few of us would have a problem avoiding, AgFeed is actually a more difficult case. 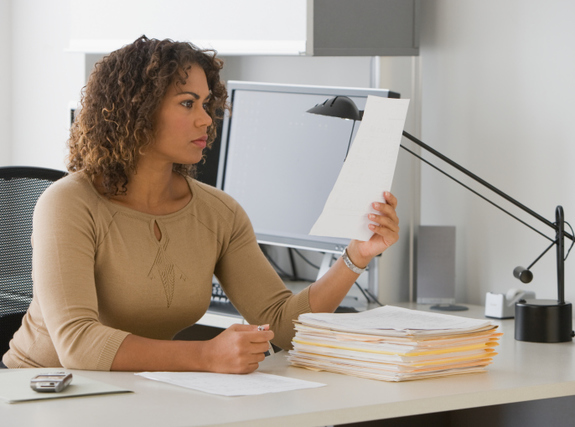 L&L Energy: Don’t Fake Having a CFO (The Easy Case)

The easier case is the one the SEC brought against L&L Energy. L&L Energy, although listed as a public company in the United States, has all its operations in Taiwan and China. The company’s disclosures listed as the CFO someone who did not work for the company. While the person had been offered the job, she had declined it. Nevertheless, the company listed this person as the CFO for three quarters. The fraud included fake signatures on CFO-required certifications during this time frame.

The person who had declined to become L&L Energy’s CFO, but whose name was now appearing on CFO certifications, asked L&L Energy’s audit committee chairwoman, Shirley Kiang, to investigate.

According to the SEC, L&L Energy’s CEO told Ms. Kiang that indeed the person whose name was listed as the CFO never accepted, and also that Ms. Kiang should keep this a secret—which she did.

The keeping of this secret included Ms. Kiang’s signing the company’s annual report on Form 10-K, which contained Sarbanes-Oxley certifications that Ms. Kiang knew to be false.

Ms. Kiang is now subject to an SEC cease-and-desist order. The order includes a bar on Ms. Kiang’s signing any document filed with the SEC that contains any Sarbanes-Oxley certification, thus effectively ending her career as a public company director.

The takeaway: don’t let your company pretend to have a CFO that it does not have. Enough said.

The more difficult case involves efforts by China-based AgFeed Industries Inc. What makes this case more difficult is the feeling most directors—and their advisors—have that accounting issues should be disclosed completely and all at once rather than in a piecemeal fashion.

This may have been the common wisdom the chair of AgFeed was attempting to follow. However, the SEC has taken a dim view to his allowing statements about the company’s revenues to continue to be made during the investigation.

At issue in AgFeed was a scheme to inflate revenues. The SEC has charged a number of AgFeed executives in connection with this fraud. More unusual is the fact that the SEC is also suing AgFeed’s U.S.-based audit committee chair, K. Ivan (Van) Gothner, with participating in a scheme to avoid or delay exposing known accounting fraud.

Instead, according to the SEC, from June to September of 2011, Mr. Gothner perpetuated the impression to the outside auditors that the investigation had revealed nothing of significance.

Further, in August 2011, AgFeed’s CFO signed and delivered to AgFeed’s independent auditors a management representation letter that failed to disclose the evidence of wrongdoing he had already found, saying only that an investigation was ongoing.

Moreover, none of the public statements made by AgFeed in this time period revealed any details of the investigated fraud. This included an 8-K that had within it an investor presentation with revenue numbers, as well as the Form 10-Q filed in August 2011. Based on the memorandum Mr.Gothner had received before these two filings were made, the revenue numbers in the filings were inflated.

Finally, at the end of September, AgFeed publicly announced that it was investigating accounting concerns in China. In December 2011, the company finally disclosed the accounting improprieties.

The SEC’s complaint makes the point that the final disclosure was consistent with what the early investigation had revealed in May 2011 (though more was revealed than just the information that had been gained by May).

The gravamen of the SEC’s complaint against Mr. Gothner seems to be that he allowed too much time to pass between the start of the investigation and when AgFeed informed both the auditors and the investing public that AgFeed had an accounting problem.

Moreover, in the interim, AgFeed continued to make public statements about its financials – statements that were unlikely to be true based on the early results of the investigation.

It should be noted that Mr. Gothner’s attorneys are fighting the charges, calling them unfair.

The takeaway: audit committee chairs cannot let their public companies disclose financial information that is likely to be wrong.

However, in the current environment, the SEC is not willing to give AgFeed’s Audit Committee Chair any credit for getting a final report done so quickly. This is because Mr. Gothner allowed AgFeed to continue to publish revenue numbers while knowing that these numbers were probably not right.

Arguably, Mr. Gothner may not have known the exact magnitude of the error. However, by bringing this enforcement action, the SEC is clearly making the point that Mr. Gothner should have caused AgFeed to disclose much sooner than it did the existence and seriousness of the investigation.

Every director in a company is expected to uphold fiduciary duty, but the SEC is increasingly interested in the audit committee’s role as a “gatekeeper” of top-down compliance.

SEC Chair Mary Jo White, in fact, has positioned audit committees as being responsible for “creating a culture of compliance” through their duties of financial reporting.

SEC Chair White has commented on the concerns many have about the standards the agency is increasingly placing on these gatekeepers:

It has been suggested that our focus on gatekeepers may drive away those who would otherwise serve in these roles, for fear of being second-guessed or blamed for every issue that arises.  I hear and I am sensitive to that concern.  But this is my response: first, being a director or in any similar role where you owe a fiduciary duty is not for the uninitiated or the faint of heart.  And, second, we will not be looking to charge a gatekeeper that did her job by asking the hard questions, demanding answers, looking for red flags and raising her hand.