This summer, public companies had to produce disclosure in compliance with the Dodd-Frank Wall Street Reform and Consumer Protection Act’s conflict mineral rules for the first time. This is the required disclosure concerning the use of conflict minerals in the manufacturing or production of their products. Early analysis by Ernst & Young reveals that companies really struggled to comply with the new rules.

The issue? Auditing supply chains to track down the country of origin for minerals used in manufacturing and production has turned out to be quite a challenge.

The term “conflict minerals” refers to those minerals that are sourced in the Democratic Republic of Congo and adjoining countries under violent conditions. They are comprised of a handful of minerals commonly used in consumer electronics: Gold, Tin, Tantalum and Tungsten. 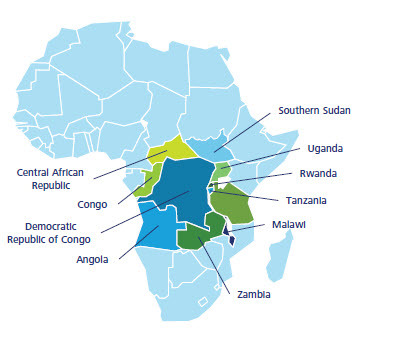 Covered countries are listed in Section 1502 of the Dodd-Frank as:

According to the Enough Project, once minerals from these areas are smuggled into other countries for refinement, they are mixed with minerals from other parts of the world, “making them difficult, but not impossible to trace.”

Some Background on Conflict Minerals Disclosure

In 2012, the SEC adopted final rules implementing Section 1502 of Dodd-Frank.  The rules require public companies that use conflict minerals to perform supply chain audits and publically disclose the use of these minerals, including on a company’s website.

Not everyone agrees that the rules are useful disclosure. The National Association of Manufacturers (NAM) is one of the rules many detractors. In fact, NAM took the matter to court on the grounds that the rules violated the Administrative Procedure Act (the “APA”), the Securities Exchange Act of 1934 and the First Amendment of the U.S. Constitution.

In April 2014, while affirming most of the SEC’s rules on conflict mineral disclosure, the U.S. Court of Appeals for the DC circuit struck down a portion of the disclosure rule, calling it a violation of the First Amendment. Specifically, the rule that companies would have to designate they were not “DRC conflict-free” was deemed unconstitutional.

At all events, it is far from clear that the description at issue—whether a product is ‘conflict free’—is factual and nonideological. Products and minerals do not fight conflicts. The label ‘conflict free’ is a metaphor that conveys moral responsibility for the Congo war. It requires an issuer to tell consumers that its products are ethically tainted, even if they only indirectly finance armed groups. An issuer, including an issuer who condemns the atrocities of the Congo war in the strongest terms, may disagree with that assessment of its moral responsibility. And it may convey that ‘message’ through ‘silence.’

The SEC responded, saying companies could elect to describe their products as “DRC conflict free” if it’s concluded they are free from conflict minerals, or “DRC conflict undeterminable” if companies are not able to determine the country of origin.

Financial disclosure, risk factors, results of operations, management’s discussion and analysis, material changes to the business: these traditional areas of public company disclosure are all focused on allowing investors to make optimal economic decisions about whether to buy, hold or sell the securities of public company.

These disclosures are organized—and constrained—by the balance between the effort it costs a company to obtain the information and disclose it, and the need for a company’s owners—its shareholders—to have enough information to make rational investment decisions.

Conflict minerals are arguably one of those types of disclosures. Another type is the proposed CEO-to-worker pay ratio under Dodd-Frank. These disclosures may indeed be socially valuable. , However, asking the SEC to enforce these types of disclosure rules may take the SEC’s focus away from its traditional mission, which is to “protect investors, maintain fair, orderly and efficient markets, and facilitate capital formation.”

While the intention behind the disclosure of conflict minerals is a valiant attempt to cripple the violence and exploitation happening in the countries of origin for these minerals, the rules impose a significant burden on companies.

As companies scramble to identify the country of origin of their minerals, exhaustive research may need to be conducted to move status from “DRC conflict undeterminable” to “DRC conflict free.”

Here at Woodruff Sawyer, we’ll be keeping an eye on this situation as some plaintiffs’ attorneys may be looking for ways to create a storm around these disclosures. Thankfully, however, we haven’t seen anything from the plaintiffs’ bar yet.