What is the right amount to pay a public company director? This is the question raised by the allegations in a recent shareholder derivative suit against Facebook. In Espinoza v. Zuckerberg et al., shareholder Ernesto Espinoza claims that the fees paid to the independent directors of Facebook amounts to a breach of fiduciary duty, waste of corporate assets and unjust enrichment.

According to the complaint, average non-executive director compensation at Facebook in 2013 was $461,000. Espinoza characterizes this level of compensation as being 43 percent more than Facebook’s self-selected peers. 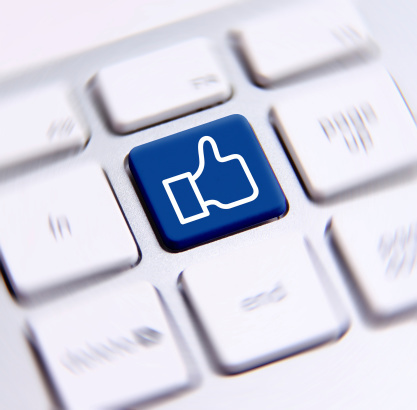 He excluded from the list Apple, Google, Microsoft Corp. and salesforce.com. His reasoning was that “these companies’ market capitalization, net income, and revenues are significantly different than the rest of the peer group.”

Receiving significant attention in this case is the claim that the Facebook directors are effectively able to award themselves with any pay they choose under Facebook’s executive incentive plan. The implication of the complaint is that this is improper.

“That sounds startling until you realize that all boards, at all public companies, appoint their own compensation committees to set their own pay. There is no other way of setting director pay,” BusinessInsider.com reported.

Is the Facebook director compensation suit the beginning of a new litigation trend? Ever since the “say-on-pay” rule was implemented in January 2011 under the Dodd-Frank Wall Street Reform and Consumer Protection Act, shareholders have voted to approve (or not) a company’s CEO’s compensation at least once every three years.

Immediately after the first set of shareholder votes, we saw a wave of lawsuits claiming a breach of fiduciary duty in the awarding of executive pay.

The plaintiffs’ bar did not ultimately win much of anything from these suits. As a result, this litigation wave has since receded. But will we see the same outcome for suits related to pay at the director level?

While there is some pressure on director pay across industries, it’s generally accepted that directors are highly seasoned professionals who are unlikely to serve if the pay is too low given the personal risk (potentially unlimited personal liability) that board service entails.

This translates to significant pay in most cases. The most recent report on director compensation from the National Association of Corporate Directors (NACD) reveals that the median total compensation for an independent board member of a public company with revenues between $2.5 and $10 billion is $178,000.

That number only drops to $113,720 for directors of public companies with revenues between $500 million and $1 billion. According to a recent Bloomberg article, the average pay for directors at S&P 500 Index companies is $251,000.

Given the significance of director pay, it’s unsurprising to see some scrutiny. In fact, Institutional Shareholder Services (ISS), made updates earlier this year to the way it assesses corporations and director pay. Steven Hall & Partners commented on the new direction of ISS’s QuickScore 2.0:

My take: consistent with past practices, I recommend that companies review director compensation on an annual basis to ensure the appropriateness of compensation levels and make adjustments as necessary, including adjustments upwards or downwards as warranted.

In a recent post, I highlighted a report by WomenCorporateDirectors (WCD) Thought Leadership Council on executive pay, which gave thoughtful considerations for determining compensation. When considering director pay, some of the same guidelines could apply, including:

It’s likely that the Facebook director compensation suit is an outlier. However, if the plaintiffs win — or worse — Facebook settles the suit by paying a large amount of money to the plaintiffs’ attorneys in the form of plaintiff attorney fees, we’ll definitely see many similar suits in the near future.