When Joel Esquenazi and Carlos Rodriguez, Miami business owners of private company Terra Telecommunications, bribed employees of Les Telecommunications d’Haiti S.A.M.(Teleco), a telecom company in Haiti, they may not have known they were bribing government officials in contravention of the United States Foreign Corrupt Practices Act (FCPA).  At trial, they argued that the employees of Teleco whom they were accused of bribing were not foreign government officials because Teleco was not an “instrumentality” of a foreign government.

Fast forward to the May ruling by the U.S. Court of Appeals for the 11th Circuitin United States v. Joel Esquenazi and Carlos Rodriguez. Esquenazi received a whopping sentence of 15 years in prison, while Rodriguez received seven.

From a memo at Morrison Foerster on the indictment:

Esquenazi and Rodriguez were charged in a 21-count indictment with conspiracy to violate the FCPA and commit wire fraud, conspiracy to launder money, and substantive counts of FCPA violations, wire fraud, and money laundering. At one point Terra owed $400,000 to Teleco, and Esquenazi and Rodriguez hatched a plan with Teleco’s Director of International Relations, Robert Antoine, in which Antoine would “shave minutes from Terra’s bills to Teleco in exchange for receiving from Terra fifty percent of what the company saved.” Those payments were disguised through certain sham companies and bogus “consulting agreements.” 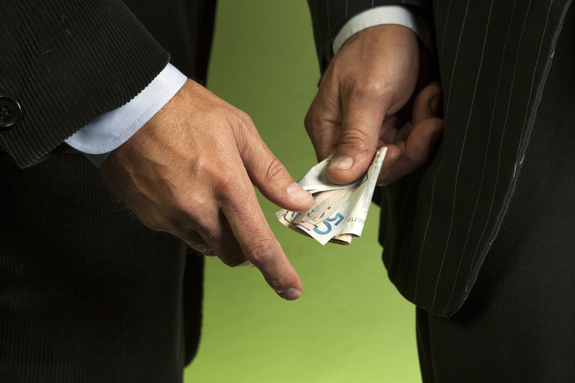 While these actions may be reprehensible, and may well violate myriad other anti-corruption laws (including the laws of Haiti), the actions would only be a violation of the FCPA if Teleco were an instrumentality of a foreign government, making the company employees foreign officials.  Unfortunately for Esquenazi and Rodriguez, the Supreme Court found just that.

A Clearer View of Instrumentality

After Esquenazi, corporations now have a slightly clearer picture of what “instrumentality” means as it is used under the Foreign Corrupt Practices Act of 1977 (FCPA).

Instrumentality is central to the FCPA, but is something that has not been clearly defined by the courts since the statute was enacted almost 40 years ago.

In this case, what allowed the US government to deem the employees of Teleco to be foreign government officials was that the Haitian government owned nearly 100 percent of the company, among other factors.

The Supreme Court has now clarified that whether a company is an instrumentality of a foreign government is a question of (1) control, and (2) function.

First, control. From the opinion:

These tests are helpful—and clearly the definition of instrumentality is still very broad.

The FCPA is tough enough. Making matters even more complicated for multinational companies is the fact that they also must comply with the additional anti-corruption laws of the countries where they do business.  Some of these laws apply only to transactions taking place in their country of origin. Others purport to apply to activities taking place outside that particular country (for example, the UK Bribery Act (and, of course, the FCPA)). In addition, many countries have state-owned businesses that are not obviously owned by the state and act like those in the private sector, making the issues all the more complex.

Professor Aldo Musacchio told Forbes in a 2013 article on state-owned enterprises that the structure of these types of businesses is drastically changing:

“Some of the largest state-owned enterprises are becoming almost like private corporations. They are traded in stock exchanges and have boards of directors, maybe even with external managers. We haven’t always understood these changes.”

Our advice to clients is this: be aware of the scope and breadth of anti-corruption laws, and make sure that employees know from their first day of employment that bribery in pursuit of a business deal or to retain business—no matter how big or small or whether it can be characterized as a “cultural norm”—will not be tolerated. Employees must understand that they must be as conservative as possible when it comes to activities that could be characterized as bribing.

Communicate Your Vision of Ethics

Corporate codes of conduct and ethics are critical for multinational companies. Training employees on the code is essential to making it part of daily operations.

In “Avoiding the Next D&O Liability Disaster: FCPA Prosecutions,” an article first published in Boardroom Briefings magazine, I outlined ways corporations can make themselves more defensible should they be accused of violating the FCPA.

Some of the considerations of training, outlined in further detail in the article, include:

Corporations with these programs in place will be in the best shape should they need to defend themselves against bribery charges.

A Glance at D&O Insurance

The big issue when it comes to whether D&O insurance will respond in an FCPA case is that D&O policies are not designed to cover investigations of corporate entities Yes, coverage can respond if an individual D&O is named in an investigation or case, but that’s the last thing a government does when corruption is at play.

The first thing a government will do is launch a massive investigation into the corporate entity. And that entity will need to hire lawyers, produce discovery, and negotiate with the government. That amounts to big dollars upfront and well before the D&O insurance will be called upon to respond on behalf of individuals.

As a side note, there are a few carriers that offer insurance products designed to respond if a corporate entity is investigated for FCPA violations; however, they tend to be expensive, and have difficult terms. Few companies have elected to purchase this type of policy.

And even if companies have money to burn, so much more is at risk. Wal-Mart is a case that comes to mind. The retail giant is funding an ongoing FCPA investigation, and has racked up quite a bill — $439 million in two years, according to a March 2014 Bloomberg report.  In addition, Wal-Mart is faced with shareholder suits.

But it’s not just about the money; it’s about the reputation of the company, its management, and its directors. And, in this most recent case of United States v. Joel Esquenazi and Carlos Rodriguez, it can also be about doing hard time.