The term “foreign filers” refers to non-US companies that are registered in the United States to trade their shares on a US exchange. Since they are listed in the US, and can be subject to US-style securities class action suits, foreign filers are well-served if they work with an expert in both international companies and US-style D&O insurance. My partner Jane Njavro is such an expert. She gives us all an update on the market for this tricky area of coverage, below. She also gives us an update on what she is seeing when it comes to placing insurance for foreign subsidiaries of US companies. –Priya

The D&O liability exposure for foreign filers as well as for foreign subsidiaries of US companies is more volatile than usual. Unsurprisingly, this volatility is causing some churn in the D&O insurance market. In the article I will discuss what is happening in both markets. 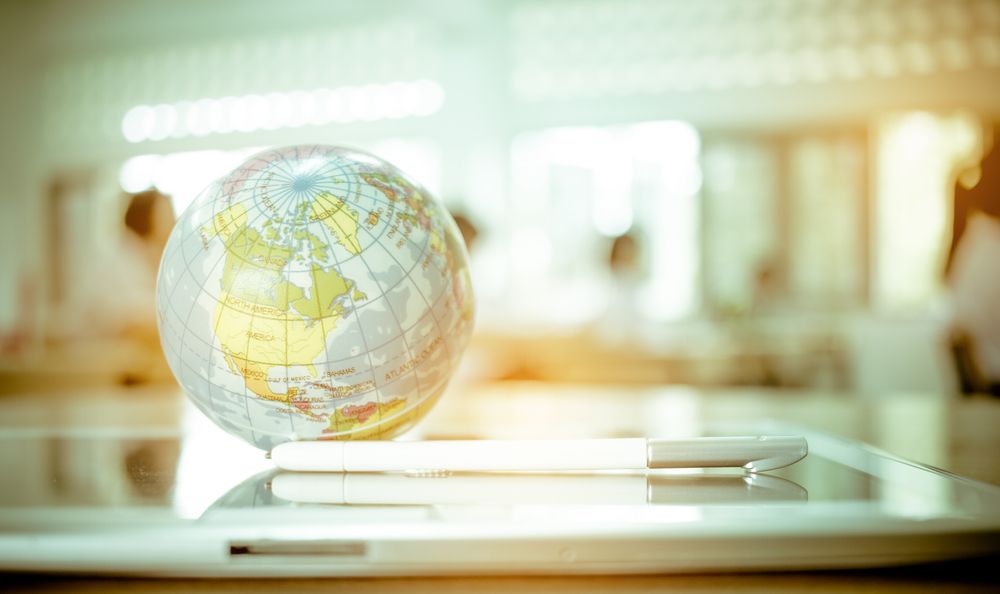 D&O Insurance for Foreign Filers Listed in the United States.

Until recently, foreign filers listed on US exchanges enjoyed a discount compared to similarly-sized US companies when it came to purchasing D&O insurance. Unfortunately, the “sale” seems to be over.

The increase in claims activity has caused many European insurers to adjust their premium models, resulting in higher prices and higher retentions for D&O insurance. 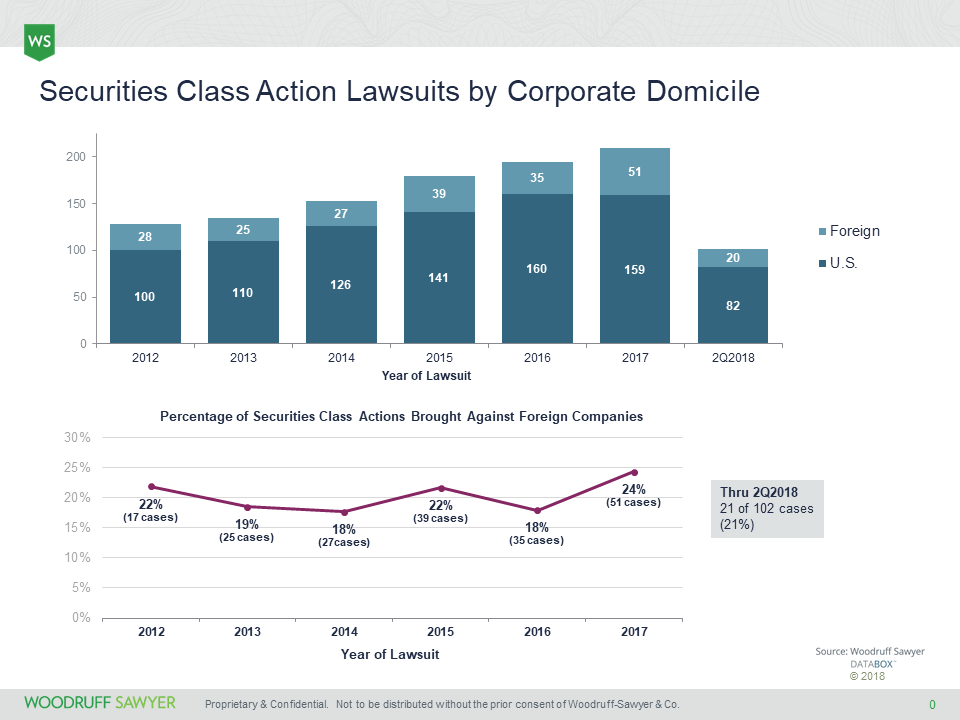 There are several theories as to why foreign filers see more litigation. It could be that some geographies are hot spots for industries that are riskier, such as biotech companies in Israel. It also could be a result of large scandals such as bribery and corruption related to Petrobas in Brazil or dieselgate for Volkswagen in Germany. Perhaps challenges in hiring individuals with US public company experience, especially in emerging markets, might make a company an easy target.

This trend is all the more stark for IPO companies. Alibaba and King Digital were early examples of foreign-domiciled IPOs being dragged into state court. Much has been written about why the trend of bringing suits against IPO companies in state court is so unfortunate.

Now, after the Cyan decision, carriers are concerned that it will be open season on a class of filers who is already beset by high litigation rates. As a result, pricing for foreign filer IPOs in the European market (typically London) looks similar to US pricing. Understanding the company’s business and building relationships with underwriters are key to success in this new environment.  We are also advising foreign filers to consider adopting the Grundfest Solution in their bylaws before going public in the US.

D&O Insurance for Foreign Subsidiaries of US Companies.

Let’s now turn to the issue of D&O liability for foreign subsidiaries of US companies. This is an evolving risk for Ds and Os of private subsidiaries based outside the US.

We generally see more local claims, typically regulatory or tax. Multinationals can face actions in several countries as cross-border cooperation between regulators continues. Local directors, officers, and country managers are becoming more aware of their unlimited personal liability. Frequently, a request for a local D&O policy from a local director is the catalyst for a company to add local polices to their program.

Most D&O polices are, according to the insurance contract itself, written on a “global basis.” However, some countries require that companies purchase insurance (and pay applicable taxes) in that country in order to have a claim paid in that country, i.e. they require “admitted” insurance. Given the personal nature of D&O insurance for key company executives, our recommendation is typically to purchase local policies where admitted insurance is required.

There are different ways to approach providing local admitted coverage depending on how the company’s footprint matches the capabilities of the existing primary insurer. The companies’ risk management philosophy will play a role as well. For some companies there is value in being compliant in each and every country and the administrative work to implement it is worth it. Other companies focus on countries that have reached a certain criteria such as having local Ds and Os on the ground, or operation of a meaningful size. Some companies may choose to rely on the worldwide nature of the policy and accept the risk of tax penalty or challenges to indemnification. Often times the approach is a combination and evolves over time. Major carriers commonly repeat the statistic that roughly 60% of Fortune 500 companies include some type of locally admitted coverage in their D&O program, and in my experience this seems right.

There are options when it comes to placing local coverage, and each has its pros and cons. For example, a company can choose to utilize a tax schedule on a Lloyd’s policy, a master policy with dozens of local policies, or a completely separate insurance program outside the US (often referred to as a “Rest of World” tower). There is no one size fits all solution, but setting clear goals to understand what is most important to a particular insurance buyer will influence the program design.