One of the most difficult conversations taking place in Corporate America right now is the #MeToo conversation. The term—and indeed the movement—has become quite broad, and can mean different things to different people.

One thing we know for sure is that allegations can very quickly become damaging news stories. Social media is amplifying their volume and the velocity at which companies need to respond to the situation. 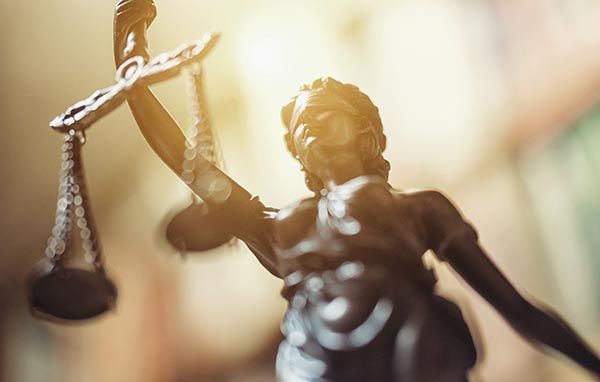 #MeToo is not just a Hollywood movement. Take the following cases as an example:

When I’m asked to talk about this topic in boardrooms, I usually start by setting a framework to define the contours of the discussion before moving on to a discussion of good practices.

With that in mind, here are the categories that a board might consider to address the #MeToo movement corporately, including some suggestions on how to address the issues.

Sexual assault or rape isn’t a question of company policy; these are crimes and need to be treated as such. Employees expect to be safe, and companies at least have an obligation to try to provide a safe work environment.

Basic security and lighting go a long way here. The scandal concerning Matt Lauer’s ability to lock his office door from his desk in order to prevent employees from leaving his office seemed incredible to some—but not to all. Clearly things like this need to be eliminated.

Despite these measures, what if a crime is alleged to have taken place? Before this ever happens, consider a brief tabletop exercise with your senior executives. What do they think the company’s response should be to the allegation of sexual assault or rape?

You have a problem if the first response is an effort to cover up the situation. That is a poor strategy, particularly given today’s social media environment. For this exercise, convene in-person and have a discussion. Talk about the right steps in the event of the crime, which should certainly include the following:

There is no need to take notes or otherwise create documentation per se during this meeting. If a writing is created, be sure it’s a formal policy that has been vetted both by your legal resources and your public relations resources.

It’s worth noting that an assault that takes place at a company-sponsored event is no different than if the assault took place on the company’s premises.

But what if the activity was entirely extra-curricular, for example, the alleged mistreatment of a significant other, including a spouse? The fact that it took place entirely outside of the company and during personal time may not make a meaningful difference from a company’s perspective.

Moreover, there is no doubt that if your high-profile executive is accused of assault in his or her “free time,” this will be a problem for the company.

Some companies still have policies against “unbecoming conduct”—indeed, this type of conduct is sometimes grounds for firing an executive without severance. You will want to think ahead of time what your company’s policy is, and check with your legal resources to understand the full scope of responses available to you.

Sexual Harassment
Sexual harassment is also not allowed in a workplace setting, and this is clearly a trickier category than the one above. Some scenarios present gray areas.

Issues include but are not limited to:

Here are some steps to prevent sexual harassment at your company:

Sexual Discrimination
Sexual discrimination includes things like failure to promote someone in the company because they are the wrong gender. Deliberate discrimination is usually not a problem in Corporate America, but beware of the following:

For example, on hiring practices, you can wipe out the gender before decision makers review resumes. You might also consider the Rooney Rule—an NFL policy that requires league teams to interview ethnic minority candidates for head jobs, and has more than doubled minority coaches. In addition, think about the concept that everyone gets promoted either on the basis of potential or actual execution, not men for the former and women for the latter.

This is a hot topic in some parts of the country, and it’s trickier than it seems. Consider that when a company makes a commitment to equal pay, this can result in paying some people more than you otherwise would have. It can feel awkward and at odds with the normal protocol of trying to pay folks as little as they will accept and still do the job.

In some states (like California), you can’t ask about a candidate’s last job’s salary. The concern is that a new employer may base a new employee’s salary on what that employee was paid in her last job. If that the employee was being underpaid in her last job (compared to what men were being paid to do the same job), the practice of basing the new salary on the old salary causes the wage gap to persist.

Other things to consider:

Before going down the data collection road, however, be certain that you indeed plan to address the issues. There is no point in making future litigation against your company easier for plaintiffs.

Having said that, avoiding data collection because you think you might have an issue is probably not a great strategy, either. “We had no idea we had a problem in part because we never looked” turns out to be a poor defense in the court of public opinion.

This is another hot topic, and one that can be problematic in particular industries and fields, such as technology. Some people behave as if diversity will fix all the above problems. Twenty seconds of reflection will reveal that this is not likely to be true.

That’s because people in a particular category are not monolithic blocks that all think the same. For example, there are plenty of women who think women should be at home full time if they have children.

Nevertheless, the diversity issue is not going away. One way to address the issue is to undertake specific efforts to recruit and retain diverse employees. Tap into specialized networks. Get some diversity on your board. Remember that if your website shows your employees lack diversity, it’s going to be harder to recruit diverse candidates, especially employees who have a lot of choices.

After the allegations against Harvey Weinstein in Hollywood, the hashtag #MeToo spread like wildfire on the web, discussing sexual misconduct, especially at the workplace.

I’ve talked about social media as a risk in the past, here. It’s time all corporations have a social media policy. When developing one, talk to your employment counsel. This is the time to grapple with the idea of extra-curricular social media activities of employees as well.

In addition, someone at the company (or a service) should monitor social media on behalf of the company so that you can respond to any emerging issues in a timely way. This type of monitoring would ideally include monitoring websites where unhappy employees might post, such as Glassdoor and Yelp.

Who Pays for Litigation?

Despite our best efforts, we may be confronted with rogue employees whose acts lead to litigation. Who will pay for what and how?

Where Was the Board? Survey the Company.

Notwithstanding the executive team’s and board’s efforts, things can still go wrong. When it does, everyone will ask: Where was the board?

To give your board a fighting chance to defend itself, design a survey that will cause employees to tell you what the tone in the company really is as of right now. It’s helpful if employees are assured of their anonymity in the survey—you might go so far as to have a third party administer it.

The goal is for the board to be able to get a true temperature reading on company culture vis-à-vis all the #MeToo issues.

Another important place for the board to find data on a company’s culture is human resources, which has (or could gather) information on employee departures. A board might want to know if departures are lopsided from a gender perspective. Themes from exit interviews might be helpful as well.

Gathering and analyzing this type of information on a routine basis helps a board more effectively monitor the #MeToo risk that companies face. In the best case, the board may pick up on cues that will cause them to have management address emerging concerns when the issues are still small.

This is surely better than being surprised when the company is beset by negative headlines.