Clawbacks of executive incentive compensation roared into the public company conversation with the passage of Section 304 of the Sarbanes-Oxley Act of 2002, which mandates the return of a CEO and CFO’s incentive-based compensation when there has been misconduct leading to an accounting restatement. 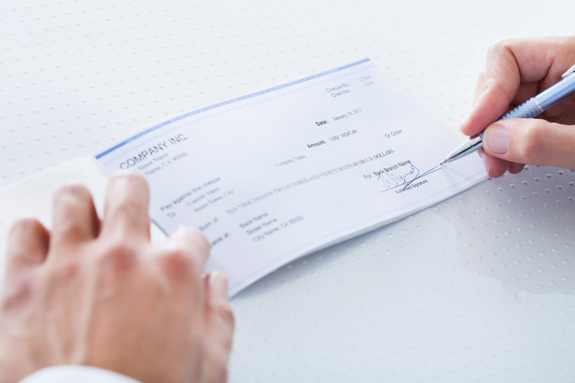 The Securities and Exchange Commission has been the enforcer of those SOX rules to date. There have been a number of interesting cases where CEOs and CFOs returned big bonuses as a result of the company committing fraud, often despite the fact that these individuals were not personally charged with misconduct.

The Dodd–Frank Wall Street Reform and Consumer Protection Act cranks up the pressure on executive compensation with the SEC’s proposal of the last remaining rules on executive pay under the Act, the Dodd-Frank clawback rules.

Under the proposed rules, and as required by Dodd-Frank, the list of officers subject to a potential clawback expands dramatically. In addition, officers are subject to the clawback rules regardless of the existence of (and their role in) any fault or misconduct.

In a release (linked to earlier), SEC Chair Mary Jo White says the rule will require officers to return the incentive-based compensation “that was not earned,” and that the “proposed rules would result in increased accountability and greater focus on the quality of financial reporting, which will benefit investors and the markets.”

Under the proposed rules, all officers as defined by Section 16 of the Securities Exchange Act of 1934 are subject to clawbacks, including a company’s:

The recovery rules would apply to any current or former officer who was an officer for at least a portion of the period of three fiscal years preceding the date the company was required to do an accounting restatement.

This memo from Wilson Sonsini gives an overview of what triggers a clawback (note that the proposed rules still have some gray areas to be addressed):

The clawback policy would be triggered by the obligation to prepare an accounting restatement to correct an error (without regard to fault) that is material to previously issued financial statements. The SEC has specifically declined to elaborate on what types of errors would be considered material, noting that materiality must be determined in the context of particular facts and circumstances. The SEC does note that a series of immaterial corrections may be considered a material error when viewed in the aggregate.

Calculating the recoverable amount is tricky under the proposed clawback rules. Under the SOX clawback rules, all of the incentive compensation had to be disgorged. Under the Dodd-Frank clawback, officers would have to disgorge only the part of the incentive compensation award that they would not have received had the financial results been properly stated.

These are not straightforward calculations.

The proposed rule defines incentive-based compensation as “any compensation that is granted, earned or vested based wholly or in part upon the attainment of any financial reporting measure.” This financial measurement in this context include things like measures derived from financial statements as well stock price and total shareholder return.

The SEC is, however, asking for commenters on the rule to clarify whether the definition is “the best means to capture all forms of compensation that could be subject to reduction if recalculated based on an accounting restatement.”

Of particular interest in the proposed rules is the SEC’s view on indemnification for officers in a clawback situation.

Not surprisingly, the SEC does not support companies indemnifying their officers, stating that “we believe that indemnification arrangements may not be used to avoid or nullify the recovery required by Section 10(D),” and that “indemnification arrangements that permit executive officers to retain compensation that they were not entitled to receive based on restated financial statements fundamentally undermine the purpose of Section 10D.”

There is some logic here, given that the point of the rule is to get the money back into the company for the benefit of the shareholders; this reasoning is similar to why derivative suits are not indemnifiable by a corporation.

On the other hand, the clawback is clearly intended as a punishment, so it’s odd indeed to disallow risk transfer where there is no fault on the part of an executive losing his or her bonus.

So how does insurance come into play, if at all?

Right now, some domestic carriers will offer coverage for Section 954 “facilitation costs” referencing things like accounting and tax consultations related to calculating how much money needs to be given back. While these costs will likely be less than the disgorgement itself, they could still be significant in some circumstances.

Coverage for facilitation costs of this sort is not controversial.

What is controversial is that some insurance carriers based abroad are purportedly offering insurance coverage for the actual clawback amount under a very broad type of Side A policy.

This coverage, however, is integrated into an overall D&O insurance program that a company pays for. To that end, these offshore carriers are now working to understand the clawback issue so that they’ll be compliant with U.S. rules when they become final.

It’s notable that the SEC recognizes that “while an executive officer may be able to purchase a third party insurance policy to fund potential recovery obligations, the indemnification prohibition would prohibit an issuer from paying or reimbursing the executive for premiums for such an insurance policy.” So, officers could have this coverage if they paid for the premium themselves (and find a willing carrier).

Looking ahead, we’d expect at least that non-U.S.-based carriers do something like offer the coverage, but allocate a specific amount for the clawback portion of the coverage so that they could ensure that the premium for that amount was paid by the individual officers. This will be an area to watch.

A quick digression: there are policies that individual independent directors can purchase themselves (usually using personal funds) to further shield themselves from liability (wealth security policies) after a company’s D&O policy has been exhausted and the company itself is unable to respond.

However, there isn’t a market for an equivalent insurance policy for individual officers to date. It’s unclear if the insurance sector will respond to the clawback rules by creating one – my gut feeling is that it won’t.

The proposed clawback rules are still open to comments until Sept. 14, 2015, and detailed guidance on how to comment is available within this SEC document. Given the timing of the end of the comment period, the rules will likely be finalized in 2016. After that, the various stock exchanges will go through the process of expanding their listing standards to include issuer compliance with the SEC’s final Dodd-Frank clawback rules.