Non-GAAP financials routinely come up as an area of concern for the Securities and Exchange Commission. To be sure, the SEC and public companies both want investors to understand company earnings, and disclosures under U.S. generally accepted accounting principles (GAAP) are meant to provide that information.

Be aware, however: the SEC is signaling very loudly that it plans to crack down on non-GAAP financial measures. On May 17, 2016, the SEC updated its interpretive guidance of non-GAAP financial measures. Companies on an annual calendar are working on their disclosures now for the year-end audit, so this is a great time to better understand this issue. 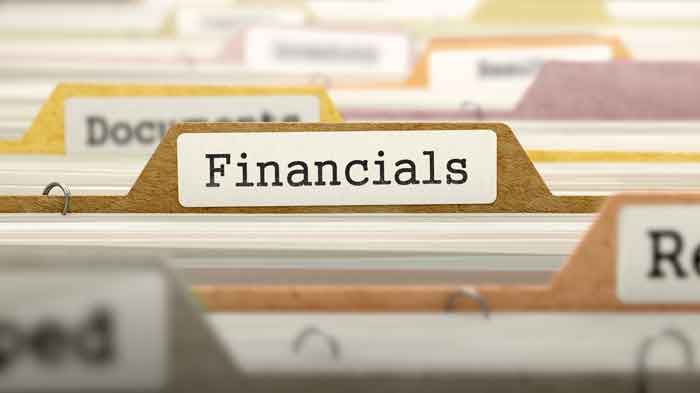 Most business people are familiar with using a variety of routinely used non-GAAP financial measures.  EBITDA (earnings before interest, taxes, depreciation and amortization) and FFO (funds from operations) are common examples.

Recognizing this business reality, the SEC allows companies to supplement reported earnings with non-GAAP measures. While the SEC may prefer GAAP-compliant financial measures, it allows for non-GAAP disclosures as long as they are in compliance with Regulation G and Item 10(e) of Regulation S-K.

It’s fair to say that the regulations were, in fact, a reaction by the SEC to the 2001 financial crisis that the agency concluded was the result of wildly misleading financials. 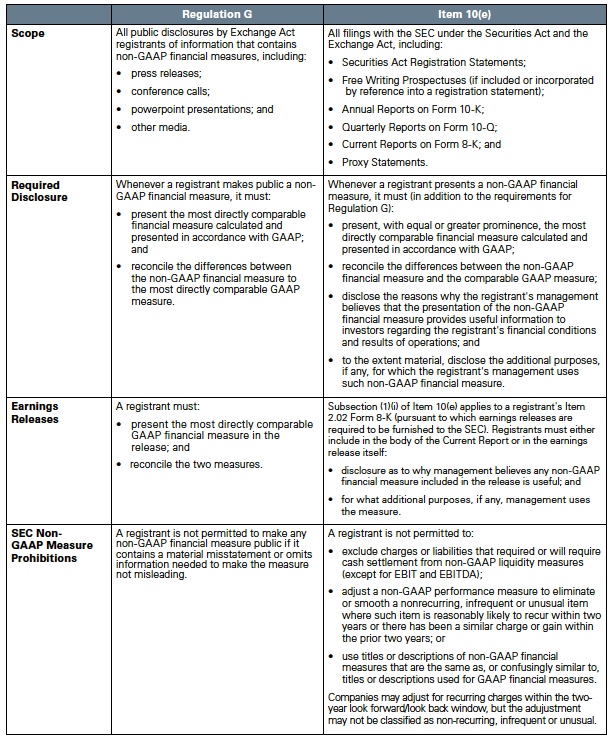 Notwithstanding Reg G and Item 10(e), the SEC remains concerned about companies using non-GAAP financial measures in a way that might be misleading. The potential exists for non-GAAP disclosure to confuse an investor’s understanding of a business rather than enhance it.

Mindful of this possibility, in May 2016, the SEC updated its interpretive guidance of non-GAAP financial measures.

While this isn’t a rule change, issuers are well advised to pay attention. When the SEC offers interpretive guidance like this, it is to help issuers, but it’s also a signal that the SEC will be reviewing issuer disclosure in this area with some focus in the near term.

The guidance clarified that non-GAAP measures can be misleading and violate Reg G if:

The guidance also gave examples of when disclosures would inappropriately cause a non-GAAP measure to be more prominent (the updated guidance at the end of the list), such as:

In addition to these key items, the SEC also provided useful question-and-answer insights in its interpretive guidance.

How does one enhance the efficacy of non-GAAP measures? This article by PwC gives some helpful tips, including:

Finally, remember that issuers must comply with the rules for the disclosure of non-GAAP financial measures, not just in SEC filings but also in press releases, investor presentations and conference calls.

Look to your outside counsel for guidance on how to comply with the SEC’s reconciliation and disclosure requirements in these situations. Even so, the SEC may find your non-GAAP metrics insufficient and challenge it as it did when it recently reviewed General Electric Co.’s disclosure. In other words, it may take some time to get it right.

According to a PwC report, SEC comment letters to companies surrounding disclosures has decreased 29 percent in 2016 versus 2015 (for the tech sector), though PwC expects an increase in 2017.

The research also found that “the majority of SEC staff comments in this area are not aimed at meeting specific technical requirements, but rather at enhancing the quality of disclosures to meet these objectives.”

An EY report: “2016 Trends in SEC Comment Letters,” shows that non-GAAP financial measures was ranked No. 2 in the list of the most common SEC areas of comment. Comments in this area are expected to increase.

Given the SEC’s recent release of its interpretive guidance, now is a good time to review recommendations, revisit procedures and perhaps refine non-GAAP disclosures for the future.

Communications like this are typically a precursor to the agency having a more proactive focus on the matter. It’s best to be prepared.