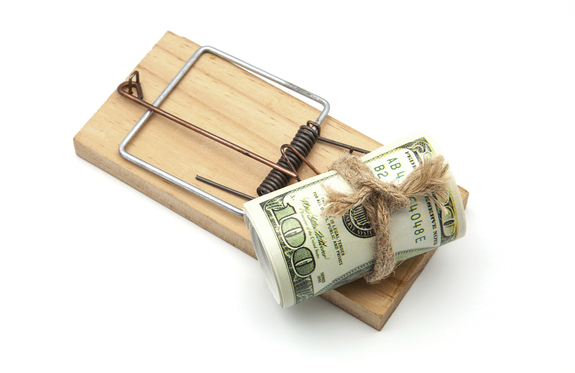 In case you had any doubt, there’s no sign of SEC enforcement slowing down in FY 2015, which began October 1. SEC Chair Mary Jo White has made it clear that the agency would continue the momentum.  The following quote from a press release highlighting the SEC’s FY 2014 underscores her point:

“Aggressive enforcement against wrongdoers who harm investors and threaten our financial markets remains a top priority, and we brought and will continue to bring creative and important enforcement actions across a broad range of the securities markets.”

In fact, the first part of the year commenced with a bang, with the SEC pursuing enforcement actions against fraud, insider trading and more.

Although the SEC has been vocal about lack of funding, it received a boost for FY 2015. Still, with all its enforcement goals, SEC Chair White has suggested it’s not enough.

Funding issues haven’t stopped the SEC, however, from waging new types of enforcements and leveraging new technology to do so. In its announcement of FY 2014 highlights (linked to previously), it cited “first-ever cases, including actions involving the market access rule, the ‘pay-to-play’ rule for investment advisers, an emergency action to halt a municipal bond offering, and an action for whistleblower retaliation.”

The SEC also cited technology as a main driver for some of their recent wins. Chair White said that the “innovative use of technology – enhanced use of data and quantitative analysis – was instrumental in detecting misconduct and contributed to the Enforcement Division’s success in bringing quality actions that resulted in stiff monetary sanctions.”

In a recent demonstration of the SEC’s commitment to technology, computer algorithms used by the SEC detected those directors, officers and public companies that did not file in a timely manner Forms 3, 4 and 5 under Section 16(a).

Back in June, I also discussed how the SEC was leveraging software for accounting fraud.

In its FY 2015 Congressional Budget Justification Report, the SEC outlines how it proposes to use technology to support its initiatives by investing in analytics tools that would “assist in the integration and analysis of large amounts of data, allowing for computations, algorithms and quantitative models that can lead to earlier detection of fraud or suspicious behavior.”

Digging into that report further, the SEC outlines additional areas of focus in FY 2015:

All of this is to say that the SEC is clearly on a mission to show it’s not asleep, and it wants to reclaim its mantel as the “watch dog” of Wall Street.

The penalties in administrative hearings are broadly comparable to those faced in federal court for most types of cases. The agency’s win rate in recent years is considerably higher in front of its administrative law judges than it is in jury trials. In the 12 months through September, the SEC won all six contested administrative hearings where verdicts were issued, but only 61 percent—11 out of 18—federal-court trials, according to previously unpublished figures.

First, it’s vital to ensure that your D&O insurance will respond if the SEC personally investigates you. This includes being informally investigated–more on that later, but first a refresher on investigations.

A formal SEC investigation traditionally meant that the enforcement officers at the SEC had permission from the SEC commissioners to pursue a particular matter, and only then did the SEC gain subpoena power for its investigation.

That process has changed, and now, subpoena power exists at the level of the local SEC enforcement office. Consequently, it is now easier for subpoenas to be issued.

Having said that, the enforcement division of the SEC is very likely to call a company or individual and ask for his or her cooperation as a first step. Cooperation is often the best choice for companies and individuals.

Historically, however, cooperation was a problem when it came to reimbursement by the D&O insurance policy. Remember that D&O insurance is meant to respond to third-party suits. A classic example would be when regulating bodies such as the SEC come after an individual, and the individual resists the regulator; that clear, third-party effort to impose liability makes triggering the D&O policy obvious.

Happily, the coverage afforded by well-brokered policies has evolved to reflect the reality of regulatory cooperation. Today, you can get coverage that ensures that cooperative behavior with the SEC doesn’t necessarily preclude insurance coverage in the way it might have many years ago.