The Securities and Exchange Commission has the following duties per its mission statement: to protect investors; maintain fair, orderly and efficient markets; and facilitate capital formation. The recent adoption of the “pay ratio” rule  under the Dodd-Frank Wall Street Reform and Consumer Protection Act has taken the SEC on a slight detour. 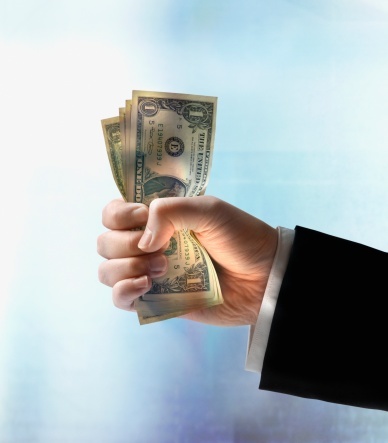 The new pay ratio rule will require public companies (with a few exceptions) to disclose the ratio of the CEO’s compensation to the median employee’s compensation in required company filings.

To make matters more complicated, according to the rule, the median employee encompasses “any full-time, part-time, seasonal or temporary employees of the registrant or any of its subsidiaries, including any non-U.S. employee.”

The SEC took some practical considerations into account by making certain adjustments to the initial proposed rule. In a statement, SEC Chair Mary Jo White outlined where the final rule can be flexible, including:

“… an exemption for situations when foreign data privacy laws would prevent companies from being able to process or obtain the necessary compensation information to calculate the ratio; an ability to exclude up to 5% of non-U.S. employees when determining the median employee; and allowing companies to use cost-of-living adjustments when determining the median employee and calculating the employee’s total compensation, in order to achieve a more meaningful reflection of the compensation of employees as compared to the chief executive.”

Still, all that data collection is going to be costly both in terms of time and money. The cost for compliance initially is estimated to be $1.3 billion with ongoing costs in the $500 million range. In the end, it’s unclear whether this data will be useful to shareholders at all.

For the most part, the SEC has done a great deal to protect markets through disclosure. However, along with other controversial rules like conflict minerals and arguably, say on pay, the pay ratio rule is one that puts the SEC in the middle of a social-political agenda.

While it’s important to remember that Dodd-Frank came into being at an incredibly stressful time for the U.S. financial system, and that some of the rules are without a doubt important for the stability of our economy, it’s also clear that some Dodd-Frank provisions are less about economic stability than a specific political agenda.

SEC Commissioner Daniel Gallagher has certainly expressed such a view on the pay ratio rule, characterizing the pay ratio rule as outside the norm of what the SEC should be doing. In a statement, Gallagher said that “addressing perceived income inequality is not the province of the securities laws or the Commission. And yet here we are, on the cusp of adopting a nakedly political rule that hijacks the SEC’s disclosure regime to once again effect social change desired by ideologues and special interest groups.”

The good news? All public companies that meet the rule’s criteria for pay ratio disclosure are in the same boat, trying to muddle through the requirements and implications together. Also, the first reporting period will be for fiscal years that start after January 1, 2017.  If you are a year-end filer, this means that you are looking at first disclosing your CEO pay ratio metrics starting in 2018.  (As a reminder, emerging growth companies are exempt from this new disclosure requirement, as are foreign private issuers.)

Regardless of your political view, the next step for directors and officers is to start getting their ducks in a row when it comes to meeting the requirements of the pay ratio rule.