In the past, some insiders of publicly traded companies may have viewed the filing of Forms 3, 4 and 5 under Section 16(a)1 of the Securities Exchange Act of 1934 as an administrative nuisance. And, in the past, when the SEC noticed violations of these disclosure rules, the SEC normally addressed these failures to file on a one-off basis.

On September 10, 2014, however, the U.S. Securities and Exchange Commission (SEC) fired a very loud and deliberate shot across the bow of cavalier filers, and the message was clear: the SEC considers the late filing or failure to file insider holding disclosure forms a serious violation of the federal securities laws.

The Charges Brought by the SEC 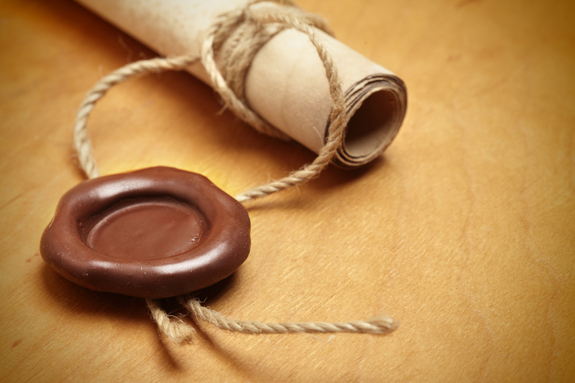 According to the SEC’s press release, the SEC brought charges against 28 individual officers, directors and major shareholders (both individuals and investment firms) as well as six publicly-traded companies for violations of the Section 16 and Section 132 filing requirements. Thirty-three of 34 defendants settled. Their financial penalties ranged from $25,000 to $150,000, totaling $2.6 million.

These financial penalties were unreimbursed personal payments to the SEC. As a condition of settlement, the SEC does not allow individuals or entities to be indemnified or reimbursed for the settlement, including by insurance.

Note that four of the individuals charged by the SEC were independent directors.

All the individuals were fairly persistent and egregious in their failures to file forms appropriately. From the National Law Review:

Many had dozens of unreported or late-reported transactions spanning time periods, in some cases, of over two years. The late-reported transactions included open-market sales or purchases, and for some insiders, their sales represented significant amounts in terms of the dollar value received from the sales or as a percentage of the subject company’s total common stock outstanding. In certain cases, the failure to timely file masked gains that were subject to short-swing profit recovery under Section 16(b).

The Duty of the Individual: Inadvertence is No Defense

SEC’s Andrew J. Ceresney, the director of the enforcement division, was quoted in the SEC’s September 10 press release as saying that “officers, directors, major shareholders and issuers should all take note: inadvertence is no defense to filing violations, and we will vigorously police these sorts of violations through streamlined actions.”

Strict liability for the failure to report insider holdings may seem harsh. The SEC, however, has more in its arsenal. Consider the SEC’s enforcement action against Gary Rabin, former CEO, CFO and Chairman of Advanced Cell Technologies, for fraud as well as the failure to file his Section 16(a) forms.

According to the SEC, Mr. Rabin repeatedly and persistently failed to file; as a result, he did not disclose the sale of a total of $1.5 million of company stock from 2010 to 2012 until 2013.

Why is this a big deal? Per the SEC, the failure to make these types of filings denies “important and timely information about how an insider is potentially viewing the company’s future prospects.”

The SEC’s order in Mr. Rabin’s case concluded that, given the size and frequency of Mr. Rabin’s sales, information about his sales would have been viewed by a reasonable investor as material to the mix of public information available about the company.

In addition, Mr. Rabin signed the company’s annual reports and proxy statements – reports and statements that were false and misleading due to his own failure to file his Section 16(a) forms.

The Responsibility of the Company

Issuers have responsibilities, too. Companies – not just individuals – are at risk for enforcement when it comes to filing under Section 16(a).

As law firm Reed Smith notes, the SEC’s recent enforcement of those six public companies was as a result of their “contributing to the delinquency of their insiders, and for failing to disclose the delinquent filings on their Form 10-K or definitive proxy statement.”

Why is the SEC Playing Small Ball?

While many think the SEC is and should be laser-focused on big fraud, this latest move tells us they also care about “broken windows.” The reference is to an article made famous by New York City Mayor Rudy Giuliani in the 1990s (when SEC Chairwoman Mary Jo White was the United States Attorney for the Southern District of New York) and was described by Chairwoman White in public remarks on October 9, 2013:

They [the mayor and the chief of police] essentially declared that no infraction was too small to be uncovered and punished. And, so the NYPD pursued infractions of law at every level – from street corner squeegee men to graffiti artists to subway turnstile jumpers to the biggest crimes in the city. The strategy was simple. They wanted to avoid an environment of disorder that would encourage more serious crimes to flourish. They wanted to send a message of law and order.

In that speech, Chairwoman White specifically said that while the SEC was prioritizing big cases, “we are looking for the ‘broken windows’ in our markets – and not overlooking the small violations to avoid breeding an environment of indifference to our rules.”

And, notably using computer algorithms and other sources of data to identify those companies that were delinquent in filing the required forms, the SEC seems to have decided that Section 16(a) reporting is a window worth monitoring.

What Should Ds and Os Do?

Part of what made the September 10 announcement surprising to many of us is the knowledge that Ds and Os routinely rely on their companies to handle the filings of Section 16(a) forms on their behalf. This is a reasonable course of action.

It should be noted that the SEC went after egregious violators. If the individuals pursued by the SEC weren’t deliberately flouting the law, they were at least negligent.

Going forward, however, it makes sense to treat Section 16(a) filings seriously. One good strategy is to ask about your company’s protocols for these filings, and to ask that you be notified when the filings are made.

And of course, make a point of checking to be sure that your Section 16(a) forms are filed timely, including within two days in the case of Form 4.

1 Section 16(a) of the Securities Exchange Act of 1934 requires that certain insiders (typically directors, senior officers, vice-presidents in charge of major business units (and anyone in a policy-making function) as well as holders of 10% of any registered equity security) must report their initial holdings of registered securities (Form 3) as well as any changes in these holdings (Form 4), and an annual statement of unreported transactions (Form 5) in the manner and by the timing prescribed by the SEC.

2 Sections 13(d) and 13(g) of the Securities Exchange Act of 1943 requires that beneficial owners of more than 5% of any registered security must file the appropriate schedule to disclose ownership, changes in ownership, and whether the position is a passive or held with the intention to influence the issuer.