No one wants to see poorly performing board members hold onto their board seats. Board entrenchment to the detriment of shareholders is always a concern. Everyone agrees that shareholders as owners of a corporation have the right to hire and fire (i.e., elect or not elect) their representatives: the members of the board of directors. 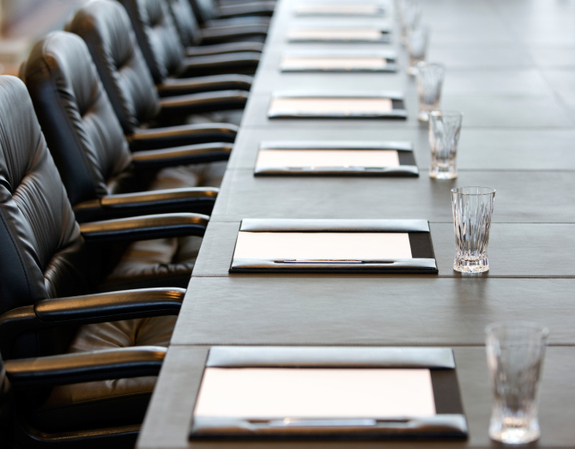 The Declassification of Boards

One of the things that used to make wholesale changes to a board much harder was that most boards were classified. Classified boards were boards in which members were elected for staggered, multi-year terms—much like the U.S. Senate.

In the corporate world, this typically meant having board members elected for three-year terms, with only one-third of the board coming up for election in any given year. When a board was classified and staggered in this way, it would take at least three years to turn over the entire board should shareholders want to do so.

In the current era, fewer and fewer mature public companies have classified boards with staggered terms. The norm has become annual terms for everyone. This is the case for about 90% of S&P 500 companies and about 60% of Russell 3000 companies.

The declassification movement has fundamentally been about ending board entrenchment. However, even with the declassified boards movement, most boards are re-elected to service each year.

Is this outcome surprising? Maybe not. After all, given the strength and heft of the U.S. economy (at least compared to the rest of the world), it may be worth at least entertaining the possibility that most boards get re-elected because they are actually doing a pretty good job.

Was It Enough to Prevent Entrenchment?

There are some who believe, however, that most boards are getting re-elected not because shareholders think they are doing a good job, but because they are inappropriately entrenched due to inefficiencies when it comes to proxy access.

These people now cite the inefficiency and expense of mounting a campaign to put up a slate of directors not chosen by the company’s current board as the reason why boards are usually re-elected.

As it stands now, it is the current board of directors (through its governance and nominating committee) that decides the slate of directors to stand for election at the annual shareholder meeting.

If someone wants to challenge the slate of directors put forward by the company, he or she can do so by sending out their own solicitation to all shareholders. Running a separate slate is, however, expensive and time consuming.

Shareholder proxy access in this context is about giving shareholders the ability to place a board candidate name directly on the proxy card that the company sends to all shareholders.

The idea of shareholder proxy access had initially gained quite a bit of traction under former SEC Chairwoman Mary Schapiro. For a variety of reasons (including a court ruling), however, Chairwoman Schapiro was not fated to have proxy access be part of her legacy.

The idea of shareholder proxy access sounds very democratic. Of course, even in a democracy, there are hurdles and thresholds that must be reached before a name gets on the official ballot.

So the question emerges: assuming that shareholders “should” have direct access to proxy ballots, what is an appropriate hurdle that a shareholder should have to pass in order to put candidates on the ballot?

Is the answer “any shareholder” – even the person who just purchased one share yesterday? Probably not.

A number of companies entertaining proxy access are considering the 3 x 3 x 25 formulation: a shareholder who has owned at least 3 percent of the shares of a company for three years is able to nominate up to 25 percent of the board.

Some of the momentum around 3 x 3 x 25 certainly comes from the efforts of New York City Comptroller Scott Stringer, who in October 2014, sent letters to 75 companies asking for shareholder proxy access.

As of March of this year, Mr. Stringer has announced that a number of his targeted companies have agreed to propose proxy access bylaws to their shareholders.

Not all companies have been so quick to agree to shareholder proxy access, however.

Last year, a Whole Foods shareholder sent a proposal for proxy access that suggested shareholders who hold 3 percent for 3 years should be able to nominate 20 percent or at least two board directors.

Whole Foods took the position that it didn’t have to add this proposal to its proxy because it had its own proxy proposal on the same topic, one that would conflict with the 3 x 3 x 20 proposal. It is proper to exclude conflicting resolutions from a company proxy statement, per Exchange Act Rule 14a-8(i)(9).

Consistent with common practice, Whole Foods sent a letter to the U.S. Securities and Exchange Commission requesting “no-action relief” from the shareholder proposal (that is, confirmation from the SEC that excluding the 3 x 3 x 20 proposal was appropriate).

Specifically, Whole Foods said it already had a plan in place to propose proxy access. The SEC agreed—but then it turned out that the competing Whole Foods proxy access proposal looked more like 9 x 5 x 10 – that is, a shareholder must own 9 percent of the company’s shares for 5 years before being able to nominate 10 percent of the board.

Some felt this proposal intentionally thwarted the spirit of shareholder proxy access. A Fortune.com article pointed out (linked to previously) that even 5 percent of Whole Foods shares would be around $1 billion.

There was quite a bit of hue and cry over Whole Foods’s move, and in January, in an official statement, the SEC said it was reviewing the manner in which it considers the “directly conflicts” question, and that in the interim, the SEC would express no views.

In other words: Corporate America, you are on your own to interpret whether proposals are proper to exclude or not. Which is pretty much like punishing everyone in class because one kid insisted on stretching the rules to the breaking point.

Keith F. Higgins, Director of the Division of Corporation Finance at the SEC, gave a talk in February at the Practising Law Institute Program on Corporate Governance where he went into more detail about the application of Rule 14a-8.

While the views are his own and not those of the SEC, it still makes for interesting reading. You can see the transcript here.

A number of companies have decided to voluntarily implement their own shareholder proxy access proposals without being regulated into it.

Notably, General Electric recently jumped on the proxy access bandwagon by implementing a 3 x 3 x 20 rule for proxy access. (Quick side note: former SEC Chairwoman Mary Schapiro is on the board of General Electric.) Other large companies, for example, Bank of America, have already followed suit.

None of this has gone unnoticed by the SEC. When questioned by Massachusetts Democrat Michael Capuano of the House of Representatives financial services panel on March 24 about why the SEC isn’t doing more to push shareholder proxy access, Chairwoman White replied:

I think that the shareholder proposal process is working very effectively. We are very closely monitoring that to see where it goes by way of private ordering.

This topic is definitely one to watch. My prediction is that it will go the way of the classified boards issue in two ways.

First, we don’t need government regulation. As has already been amply demonstrated, private ordering works just fine for shareholders who care about this issue. The government should stand back and let the invisible hand do its job.

Second, over time, a growing number of companies will voluntarily insert reasonable shareholder proxy access provisions in their bylaws.

The benefit of allowing private ordering is worth noting. Allowing corporate governance changes of this sort to happen organically and over time gives academics a chance to ask and study interesting questions such as, do shareholders enjoy better returns when investing in firms with shareholder proxy access or not?

This is a non-trivial benefit. One-size-fits-all regulation harms our society’s ability to gather data and come to conclusions backed by real evidence about what really constitutes good governance.