Coverage for appraisal rights litigation has been a hotly disputed area. In this guest-authored edition of the D&O Notebook, Woodruff Sawyer’s Scott Goettelman discusses some positive developments on this front. –Priya Huskins

Up until the last couple of years, we saw high numbers of shareholder appraisal lawsuits, which teed-up the oft-asked question: Does a public company D&O insurance policy cover a company’s litigation defense costs?

Until recently, most D&O Insurers handled appraisal actions by initially denying them on various grounds and then sometimes eventually making a confidential “handshake deal” and funding defense costs. Insurers refused to put this “handshake deal” in writing for fear it would be used against them in the future. Now, thanks to the recent Solera opinion, it is clear that appraisal rights fall under the definition of a covered “Securities Claim” in a public company D&O insurance policy. 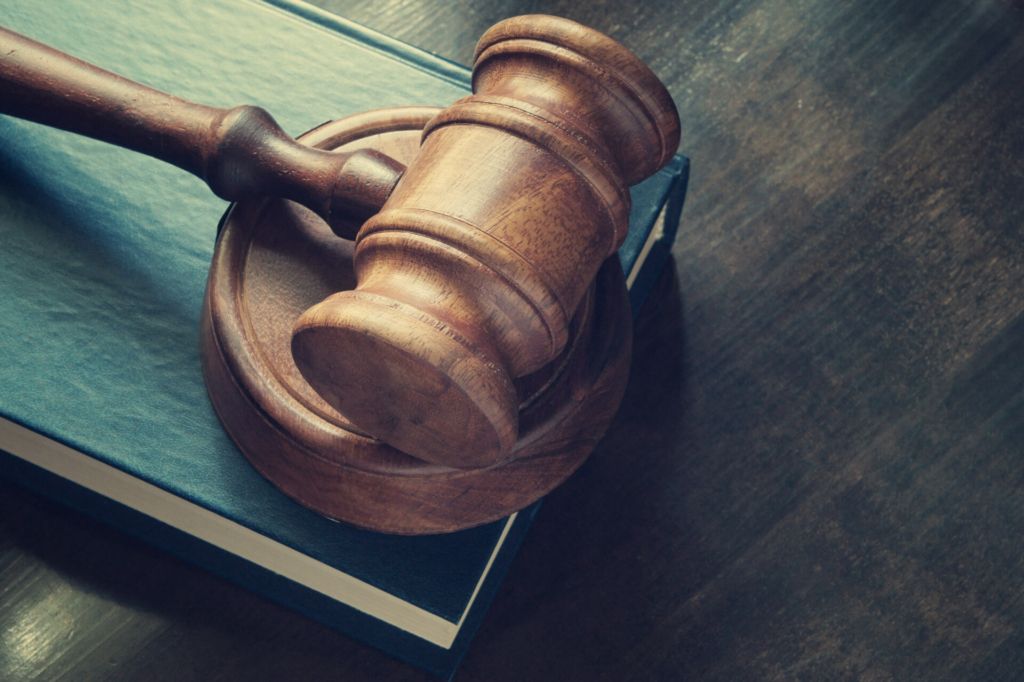 A Brief Primer on Appraisal Actions

For those unfamiliar with appraisal rights (also known as dissenter’s rights), various states, including Delaware, provide investors with a statutory mechanism (Delaware General Corporations Code Section 262) to demand a court determine or appraise the “fair value” of their stock that would otherwise be subject to divesture, for example in the context of the sale of a company. Oftentimes, appraisal rights are asserted when Delaware common stockholders believe their shares are being “cashed out” in a merger at a price that is too low, and seek a judicial appraisal of the fair value of their shares.

These actions became increasingly popular starting around 2011, with arbitrageurs taking particular interest in these actions in part because of lucrative statutory interest provisions in Delaware that allowed arbitrageurs to collect interest from the time a merger closes to the time judgment is paid out. The number of appraisal rights claims filed in Delaware peaked in 2016 with 76 petitions, and only 26 were filed in 2018. What changed? Some defendant-friendly rulings by the Delaware Supreme Court were helpful. Rulings in appraisal actions involving companies like Aruba, DFC Global, and Dell stood for the proposition that the deal price of an arms-length transaction should be given substantial deference. The Delaware legislature’s decision to create a mechanism that allows interest payments to be cut off may also have played a role in the decline in appraisal rights filings.

Solera was publicly traded until a private company acquired it in March 2016 for $55.85 per share. Solera initially announced the transaction in September 2015. Upon hearing the news, several stockholders filed a class action merger objection lawsuit alleging breach of fiduciary duty. Management and Solera’s board ultimately prevailed in the merger objection suit when the Delaware Chancery Court dismissed the case on motion.

Shortly after the deal closed in March 2016, several Solera shareholders filed a Delaware appraisal action suit seeking “fair value” for their shares. The stockholders claimed their shares were worth $84.65 a share. The appraisal action went to trial in June 2017. A year later the Court determined the fair value was $53.95 per share, less than the merger price. The Court ordered Solera to pay the shareholders $53.95 per share, plus $38.3 million in prejudgment interest. Solera also incurred $13 million in litigation costs to defend the appraisal action.

Solera tendered the appraisal litigation to its D&O insurance tower. A coverage dispute arose when the primary D&O insurer issued a declination of coverage letter. Solera, represented by the Pillsbury law firm, then sued its D&O insurers, seeking coverage for the prejudgment interest and defense expenses incurred in the appraisal action.

While the court addressed three issues, we will focus on two of them here: (1) Is an appraisal action a “Securities Claim” as defined by the primary policy; and, (2) Does the prejudgment interest award represent “Loss” within the meaning of the policy, even if the amount of the fair value payment is not covered loss?

In support of their argument that an appraisal action isn’t a covered Securities Claim, the insurers argued the appraisal petition did not allege any violation of federal, state or local statute, regulation or rule or common law regulating securities. To the contrary, the petition only asked the Chancery Court to begin a value determining process as provided by statute. As a result, the insurers claimed the petition did not meet the definition of a Securities Claim under the policy because appraisal actions do not allege the requisite “violation.”

The insurers then argued the policy’s use of the word “violation” limits coverage only to claims containing allegations of wrongdoing. The court quickly rebuffed this contention because a “violation” simply means “a breach of the law or the contravention of a right or duty.” Importantly, the court highlighted, “By its very nature,” an appraisal action “necessarily alleges a violation of law or rule.” The court emphasized “a demand for appraisal is an allegation that the company contravened [the shareholder’s right to ‘fair value’] by not paying [them] the fair value to which they were entitled.” Moreover, the court noted “[s]everal laws regulating securities can be violated without any showing of . . . wrongdoing.” Thus, the court appropriately concluded an appraisal action is a claim against the company for a violation of the law, and, accordingly, it is a Securities Claim as defined by the D&O insurance policy.

The court quickly debunked this argument, noting it is “untethered to the language in the Policy.” Importantly, the Policy is “unambiguous,” and “[n]othing in the Policy limits coverage for an interest award to interest on a covered judgment.” The court highlighted if the insurers had intended to limit coverage in this manner, then “the Policy language easily could have reflected that limitation.” The Court declined to “now insert more favorable language than the language [the Insurers] chose during drafting.”

Significantly, triggering the definition of Securities Claim is the gateway to coverage for an appraisal action in a D&O insurance policy because these actions tend to only name the corporate entity (company), and not any individual directors and officers. In “insurance speak,” this means an appraisal action is a Side C or entity claim.

This is a significant ruling, particularly for policyholders with pending appraisal actions that are either seeking insurance coverage or had their claim denied. These policyholders can now point to the Solera ruling to trigger Side C entity coverage because an appraisal action is now clearly a Securities Claim within the meaning of a D&O insurance policy.

The Solera decision probably caught the insurers flat-footed on the point that a D&O policy could cover interest on an amount that is not considered “covered Loss.” The Solera opinion mentioned some D&O insurance policies specifically cover pre and post-judgment interest only on “covered judgments.” Importantly, the policy before the court broadly covered interest the insured, Solera, was “legally obligated to pay” and did not limit interest solely to covered judgments.

The language found in different carrier D&O policies on the question of interest varies significantly. The Solera ruling emphasizes word choice matters. Policyholders can expect D&O underwriters to revisit the definition of “Loss in light of Solera.” Consequently, policyholders will want to remain vigilant and advocate for as broad a definition as possible.

Besides satisfying the definition of Securities Claim, an insurer’s duty is to pay defense costs under a D&O insurance policy is also triggered by allegations of “wrongful acts” committed by the insured individual directors and officers or the company itself.

Apparently, the insurers did not raise this issue in Solera, and instead chose to focus their argument on the definition of Securities Claim.

As a result, many insurers take a myopic view and decide, incorrectly, to treat appraisal actions simply as an economic transaction, and not as an allegation of Wrongful Acts.

This constricted approach, however, disregards the simple fact that appraisal actions have a tendency to concentrate on the adequacy of the sales process, which ultimately determined the purchase price. While a board may have fulfilled its fiduciary duties during the sales process, it might have allegedly fell short of the principles of a “fair” process underlying Delaware General Corporation Law Section 262.

Even though a stockholder’s burden of proof to demonstrate culpability under Delaware General Corporation Law Section 262 is fairly nominal, so, too, is the criteria to satisfy the definition of Wrongful Act in a D&O insurance policy. Customarily, a wrongful act embraces “any actual or alleged breach of duty, neglect, error, misstatement, misleading statement, [or] omission.” Simply put, almost any corporate act or omission can be construed as a Wrongful Act. As a result, a board’s alleged omission in failing to follow an adequate sales process may be considered a Wrongful Act under a D&O policy’s broad definition.

For example, stockholders seeking appraisal may include a breach of fiduciary duty claim, proclaiming inappropriate self-dealing or other declared misconduct or malfeasance by a target company’s directors and officers. These contentions fall well within the framework of the Delaware court’s Section 262 directive, which takes into account “all relevant factors” in evaluating the sales process to identify the “true” pre-merger value of the company. Moreover, appraisal actions may lead to or supplement separate breach of fiduciary duty and/or securities class or derivative litigation. Finally, appraisal actions usually explore the adequacy of the sales process. Therefore, these factors along with other “relevant factors,” provide a convincing basis to comply with the definition of a Wrongful Act and trigger coverage under a D&O insurance policy.

Until Solera, seeking coverage for appraisal actions was contentious and insurers would wield their policy language as both a sword and shield. Thankfully, this Delaware court provided policyholders a clear path to coverage because appraisal rights litigation is a  Securities Claim under a D&O insurance policy.