You know that it’s illegal for an insider to trade in a company’s securities on the basis of material non-public information. But what about tipping? This remains something of a quagmire for the Securities and Exchange Commission. 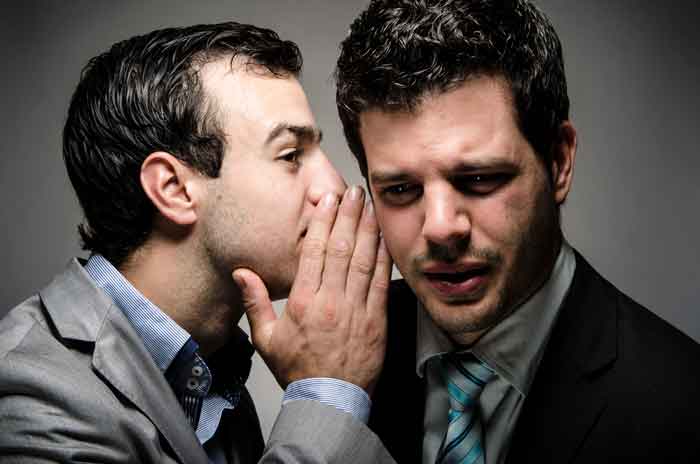 This confusion has been mounting for some time, and has been amplified by recent decisions from two U.S. Court of Appeals that have differing viewpoints when it comes to interpreting a key U.S. Supreme Court decision on insider trading from the 1980s.

Dirks: Where It All Began

In Dirks vs. SEC (1983) the Supreme Court ruled that a tippee is responsible for insider trading if he or she believes the tipper breached his or her fiduciary duty by disclosing material nonpublic information and the tipper gained personal benefit from it.

That last part—the “gained personal benefit”—has been a point of contention. Gaining personal benefit, according to Dirks, could be contingent upon the relationship between the tipper/tipee. From the decision:

… there may be a relationship between the insider and the recipient that suggests a quid pro quo from the latter, or an intention to benefit the particular recipient. The elements of fiduciary duty and exploitation of nonpublic information also exist when an insider makes a gift of confidential information to a trading relative or friend. The tip and trade resemble trading by the insider himself followed by a gift of the profits to the recipient.

Newman and the 2nd Circuit Decision

In a more recent decision (2014), the United States v. Newman, the 2nd Circuit took a narrow view of Dirks when it found no liability for an alleged tipper of material non-public information. As I noted in a previous post:

… under Dirks there is no violation of the insider trading laws if a tipper receives no personal benefit. And the tipper must have illegally tipped for there to be any liability for a tippee who trades on the information.

Finally, with regard to the personal benefit test and friendship, the 2nd Circuit weighed in by citing the nature of the relationships in Newman:

The circumstantial evidence in this case was simply too thin to warrant the inference that the corporate insiders received any personal benefit in exchange for their tips. As to the Dell tips, the Government established that Goyal and Ray were not “close” friends, but had known each other for years, having both attended business school and worked at Dell together … The evidence further showed that Goyal advised Ray on a range of topics, from discussing the qualifying examination in order to become a financial analyst to editing Ray’s résumé and sending it to a Wall Street recruiter, and that some of this assistance began before Ray began to provide tips about Dell’s earnings. The evidence also established that Lim and Choi were “family friends” that had met through church and occasionally socialized together. The Government argues that these facts were sufficient to prove that the tippers derived some benefit from the tip. We disagree. If this was a “benefit,” practically anything would qualify.

The 2nd Circuit decision in Newman is concerning to those who think that it will make it harder for the SEC to prove tipper/tippee insider trading violations in light of the court’s narrow reading of Dirks.

The SEC regards its pursuit of insider trading cases as fundamental to the execution of its mission to protect investors, maintain fair, orderly and efficient markets, and facilitate capital formation.

Indeed, the same year the Newman decision came out, the SEC prosecuted two cases involving a tippee who traded on the basis of material non-public information that he overheard while his spouse was speaking to someone from her workplace.

Salman and the 9th Circuit Decision

In 2015, we saw the 9th Circuit (which includes California) decide a tipper/tippee liability case contrary to the holding in the 2nd Circuit Newman decision, effectively creating a circuit split on the matter.

In United States. v. Salman, Bassam Yacoub Salman was convicted of trading on confidential information, which he obtained from members of his extended family. Salman referred to the 2nd Circuit decision, citing that the relationship itself was insufficient to prove personal benefit.

The 9th Circuit disagreed. From the decision, we see Salman’s argument first:

Salman reads Newman to hold that evidence of a friendship or familial relationship between tipper and tippee, standing alone, is insufficient to demonstrate that the tipper received a benefit. In particular, he focuses on the language indicating that the exchange of information must include “at least a potential gain of a pecuniary or similarly valuable nature,” … which he reads as referring to the benefit received by the tipper. Salman argues that because there is no evidence that Maher received any such tangible benefit in exchange for the inside information, or that Salman knew of any such benefit, the Government failed to carry its burden.

However, the court had a different view:

The decision went on to explain the Court’s reasoning:

In our case, the Government presented direct evidence that the disclosure was intended as a gift of market-sensitive information … If Salman’s theory were accepted and this evidence found to be insufficient, then a corporate insider or other person in possession of confidential and proprietary information would be free to disclose that information to her relatives, and they would be free to trade on it, provided only that she asked for no tangible compensation in return. Proof that the insider disclosed material nonpublic information with the intent to benefit a trading relative or friend is sufficient to establish the breach of fiduciary duty element of insider trading.

Given the circuit split, it’s appropriate that in January 2016, the Supreme Court agreed to review the 9th Circuit decision. Their doing so will help clarify what constitutes insider trading.

Here’s an interesting twist on the story: In Newman, the trial that the 2nd Circuit overturned took place in a district court for the Southern District of New York.

A Southern District of New York judge, Jed S. Rakoff, reportedly hasn’t been a fan of the 2nd Circuit’s take on insider trading for some time.

Remarkably, Judge Rakoff sat by designation on the 9th Circuit panel that heard and decided U.S. v. Salman. He also wrote the 9th Circuit opinion that declined to follow the holding of the 2nd Circuit’s opinion.

How the SEC is Handling the Newman Decision

In another insider trading case in February 2016, in a U.S. District Court in Manhattan (remember, New York falls within the 2nd Circuit), the SEC was successful in prosecuting two former stockbrokers in a civil suit. This was despite the fact that Securities and Exchange Commission v. Daryl M. Payton, et al. had been thrown out previously in light of the Newman decision.

The SEC reportedly felt it had enough evidence to establish liability and move forward with a civil suit. Pursuing a civil suit versus a criminal prosecution lowered the bar for liability, as this article points out (this case, as it happens, again involved Judge Rakoff):

In motion practice before Judge Rakoff, the SEC argued that Newman should be confined to criminal proceedings. Significantly, Judge Rakoff rejected this argument, holding that the principles of Newman apply to both criminal Department of Justice prosecutions and civil SEC proceedings. In his opinion, however, Judge Rakoff emphasized the different mens rea requirements for criminal and civil insider trading liability, with the former requiring willful or knowing conduct and the latter requiring only recklessness.

More importantly, no one should understand Newman to mean that that tipping is no longer a big deal. As we have seen, the SEC is still pursuing tipper/tippee cases aggressively.

In light of this, make sure that you:

As a sidebar, if you’re a D&O insurance brokerage client of Woodruff Sawyer, one of the services we offer (for no additional charge) is to train executive staff and employees on your insider trading policy. Your outside counsel would likely be more than happy to provide this training as well.