Healthcare has been making headlines in national news for several years now. In November, when the country goes to the polls for a historic presidential election, the people of Colorado will also vote whether or not to adopt universal healthcare in their state. And for businesses, Amendment 69 is one to pay attention to. 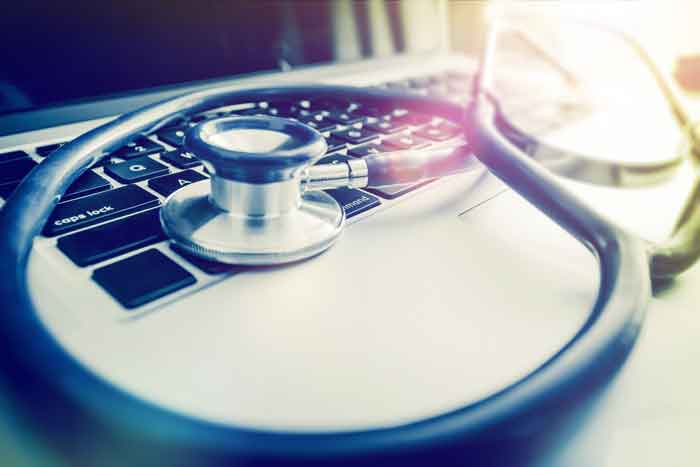 Amendment 69 is an initiative that would add an article to the state constitution and rearrange resident taxes, business taxes and state funds to pay for healthcare. Let’s take a look at what both proponents and opponents are saying about the amendment as we continue the countdown to election day in November.

What the Proponents of Amendment 69 Say

ColoradoCare is a health financing system owned by state residents, and proponents say its designed to provide complete healthcare to every single person living in Colorado. According to the group’s website, the package will enhance governmental programs like Medicaid and the Affordable Care Act.

Funding will come from taxes paid by all residentsan approach touted by proponents to be efficient and meant to reduce the need for layers of bureaucracy and administration. Ultimately, proponents say ColoradoCare will cover everyone, improve the quality of healthcare and increase savings by reducing administrative costs and other steps.

Reminding readers that private, for-profit heath insurance companies make efforts to minimize what they pay for, ColoradoCare supporters emphasize that everyone, from children to students to seniors, will be covered. No more navigating confusing plans, they say, to figure out if things are paid foreveryone’s included.

Because everyone will be covered equally, residents may choose their doctors and specialists, or stay with those they currently see, say supporters.

ColoradoCare will operate on tax dollars. Employees will pay 3.33 percent and employers will pay 6.67 percent. Proponents say the lack of deductibles and co-pays on primary and preventive care will offset that cost, and end up lowering what 80 percent of employers and employees pay at this time.

What the Opponents of Amendment 69 Say

On the other side of the discussion, we have Coloradans for Coloradans, a bipartisan organization created to defeat Amendment 69. While some in the group support the idea of government-run healthcare, they feel this program is wrong for the job. According to the group’s website, the plan is too vague for something as important as healthcare.

Coloradans for Coloradans is concerned that ColoradoCare would devastate the economy, doubling the state budget with a $25 billion tax increase. The group also says that business owners and sole proprietors get hit disproportionally, and would pay both sides of the tax, which is 10 percent in new employment taxes. In addition, there would be a 10 percent tax on all non-payroll income.

From the proposed amendment, here is how the program will be funded:

ON AND AFTER JULY 1 OF THE YEAR FOLLOWING THE EFFECTIVE DATE OF THIS ARTICLE, AND UNTIL THIRTY DAYS BEFORE COLORADOCARE ASSUMES RESPONSIBILITY FOR HEALTH CARE PAYMENTS, THE COLORADO DEPARTMENT OF REVENUE SHALL COLLECT A TRANSITIONAL OPERATING FUND TAX OF:

(a) SIX-TENTHS PERCENT OF TOTAL PAYROLL FROM EACH EMPLOYER;

(b) THREE-TENTHS PERCENT OF ALL PAYROLL INCOME FROM EACH EMPLOYEE ; AND

(c) NINE-TENTHS PERCENT OF ALL NONPAYROLL INCOME FROM ALL BENEFICIARIES.

(d) FROM JULY 1 UNTIL DECEMBER 31 OF THE FIRST YEAR IN WHICH THE TAXES IN THIS SUBSECTION (1) ARE LEVIED, THEY SHALL BE LEVIED ON FIFTY PERCENT OF THE BENEFICIARYS TOTAL NONPAYROLL INCOME.

(2) THIRTY DAYS BEFORE COLORADOCARE IS TO ASSUME RESPONSIBILITY FOR HEALTH CARE PAYMENTS, THE COLORADO DEPARTMENT OF REVENUE SHALL CEASE COLLECTING TRANSITIONAL OPERATING FUND TAXES AND SHALL BEGIN COLLECTING A PREMIUM TAX OF:

(a) SIX AND SIXTY-SEVEN-ONE-HUNDREDTHS PERCENT OF TOTAL PAYROLL FROM ALL EMPLOYERS, WHICH SATISFIES THEIR OBLIGATION TO PROVIDE HEALTH CARE INSURANCE FOR THEIR EMPLOYEES;

(b) THREE AND THIRTY-THREE-ONE-HUNDREDTHS PERCENT OF ALL PAYROLL INCOME FROM EACH EMPLOYEE; AND

(c) TEN PERCENT OF ALL NON-PAYROLL INCOME FROM ALL BENEFICIARIES.

According to the opponent group, Amendment 69 would bring in state healthcare, but with a program run by a 21-member board instead of the government. This leads to concerns about a small group of people making decisions about the healthcare of an entire state.

The services listed on the ColoradoCare page are not specific enough for opponents, which predicts families living with frightening uncertainty. Along with that, the possibility of some healthcare providers leaving the state if Amendment 69 passes would mean fewer choices and a possible downgrade in the quality of healthcare. Opponents say Colorado will be far less attractive to specialists who provide critical care to patients with complex cases.

Small businesses may also want to avoid more taxes and some say it could drive them out of the state. From the Coloradans for Coloradans website:

Along with that, opponents say national corporations would find themselves dealing with multiple healthcare systems and making exceptions for Colorado, which could become less attractive as a business location.

National companies and labor unions will either have to exclude their Colorado employees from the health insurance benefits provided to employees/members in other states and replace those benefits with Amendment 69, thus creating a different set of benefits for employees based on location.

Amendment 69 eliminates employer-provided health benefits when all Coloradoans will lose their current benefit plan to be replaced by benefits yet to be determined, to be serviced by an entity yet to be identified, to include providers yet to be named, says the Coloradans for Coloradans group.

Workers compensation also falls under this, and the new healthcare system would replace the existing program; opponents say its not clear how the new system would address appeals by workers or employers.

For supporters who think ColoradoCare could impact the national healthcare cost curve, Coloradans for Coloradans calls such hopes unrealistic. Since Amendment 69 would be integrated into the state constitution, opponents say it would be very difficult to repeal.

Businesses: Now Is the Time to Decide

Any employer with employees in Colorado should stay tuned in to this piece of legislation. For Colorado businesses, its important to explore Amendment 69 and what it could mean for your company and employee healthcare benefits ahead of the November 8 election to decide for yourself if this is something you support or oppose.