During our latest visit to the Hill in February 2020, we attended an industry legislative conference where an emerging theme was how to end health care surprise billing and create more transparency in billing practices.

As it stands today, it can often be quite difficult for the average person to accurately estimate the total cost for receiving medical care, especially after factoring in all of the tests, procedures, medications, overnight stays, charges for in-network versus out-of-network specialists, and other medical expenses. With the lack of visibility about how providers set prices and what the individual can expect to pay for service, the reality of surprise billing has caused an increasingly louder public outcry. 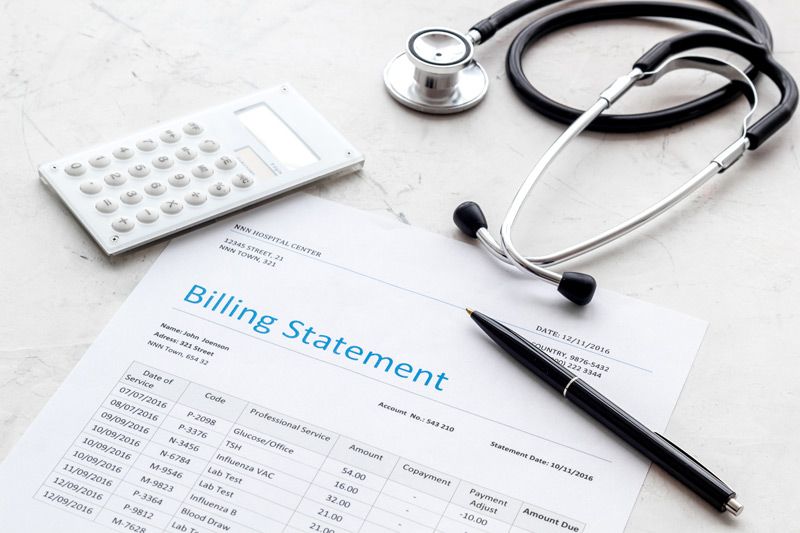 What is Surprise Billing?

Surprise billing occurs when an individual goes to an in-network hospital but receives medical care or treatment from a provider who is not part of the network, meaning the provider has not agreed to the discounted or contracted rate for their services. The result is that the insurance carrier will pay for up to the discounted rate, and the patient will have to pay for the rest of the doctor’s full-service rate. This surprise bill to the patient can be quite expensive, depending on the service or procedure, leading to significant financial hardships. Lawmakers are turning more of their attention to this arena.

To get the ball rolling, the Trump Administration shot out the first volley by issuing the “Executive Order on Improving Price and Quality Transparency in American Healthcare to Put Patients First.” In November 2019, Health and Human Services (HHS) responded to the Executive Order by issuing two rules aimed at helping patients to be more informed health care consumers. In the accompanying press release, HHS Secretary Alex Azar admitted that the transparency of the current healthcare system “probably deserves an F.”

The first rule has been finalized and will require hospitals to provide patients with clear and accessible information about the hospital’s “standard charges” for items and services. Hospitals will need to use standardized data elements, so that individuals can more easily shop and compare across different hospitals and won’t be surprised when the bill comes.

The final rule will require hospitals to make their standard charges public in two ways:

The effective date of the final rule will be January 1, 2021 to ensure that hospitals have the time needed to become compliant with these policies. The government can impose civil monetary penalties of $300 per day for noncompliance.

The second rule is the “Transparency in Coverage (Proposed Rule)” which is designed to provide patients with the information necessary to get an accurate estimate of the cost of the health care services they’re seeking.

Lawmakers introduced several bills in the House of Representatives that would try to establish a standard payment rate for out-of-network providers based on the geographic location. One major roadblock amongst all the proposed bills is which methodology to use to set the standardized payment rate. Some advocates favor the arbitration route while others prefer the benchmark approach.

Under the arbitration approach, the insurance provider and the service provider would each propose what the rate should be for a certain service and then an independent arbiter would determine the price. Critics of this approach generally point out that it would increase administrative costs and can lead to unintended consequences, such as an even lower payout to providers through arbitration than if the service was in-network in the first place.

Under the benchmark approach, a benchmark payment rate would be set based on the in-network rates for the specific geographic location of the services. For example, the benchmark rate could be tied to the local average contracted rate or to a percentage of Medicare (e.g., California uses 125% of Medicare’s reimbursement rate). Two key items that need to be addressed are whether the growth of the payment rates should be tied to inflation and what the appropriate rate should be to not stifle innovation or force health care providers to consolidate as a result of significantly lowered payments for services.

The progress is currently at a stalemate for now as insurance carriers who prefer the benchmark approach and service providers who favor the arbitration approach battle over the pros and cons with lawmakers.

More Work to Do

Congress and the Administration have a lot more legwork to do before they can put an end to out-of-network surprise billing for patients/consumers. There isn’t a strong consensus yet on how to standardize costs and coalesce all the rate and cost information into something meaningful or usable. An avalanche of data without tightly controlled parameters will basically render the information indigestible and therefore unusable.

The spirit and good intentions behind these transparency rules are welcome and long overdue. To end on a bright note, although only Congress can permanently pass a uniform fix to end surprise out-of-network billing that will apply across the nation, a handful of states (such as California, Colorado, New York, Oregon, Washington, etc.) have already passed legislation aimed at protecting patients by prohibiting or limiting certain types of surprise billing.

Don’t Be Caught Off Guard

Surprise billing isn’t just a surprise to the patient. Employers can feel the brunt of unexpected costs as well. A plan design review can identify where you may be at risk and how you can be proactive in preventing future surprise bills. A Woodruff Sawyer benefits advisor can help you understand where there are gaps in your plan and implement measures to avoid future surprises. We have the experts from all disciplines, including compliance, underwriting, and plan design to help you create a plan that identifies and mitigates risks for both you and your employees.

Supporting Your Employees, Their Benefits, and a Legal Perspective