In December 2018, Cigna announced the completion of their $67 billion acquisition of Express Scripts, the Pharmacy Benefit Manager (PBM). This consolidation is just one of many mergers and acquisitions that is intended to reinvent the US Healthcare system, as noted in Cigna’s press release about the merger.

Today’s closing represents a major milestone in Cigna’s drive to transform our healthcare system for our customers, clients, partners, and communities. Together, we are establishing a blueprint for personalized, whole person health care, further enhancing our ability to put the customer at the center of all we do by creating a flexible, open, and connected model that improves affordability, choice and predictability.
—David M. Cordani, President and Chief Executive Officer of Cigna 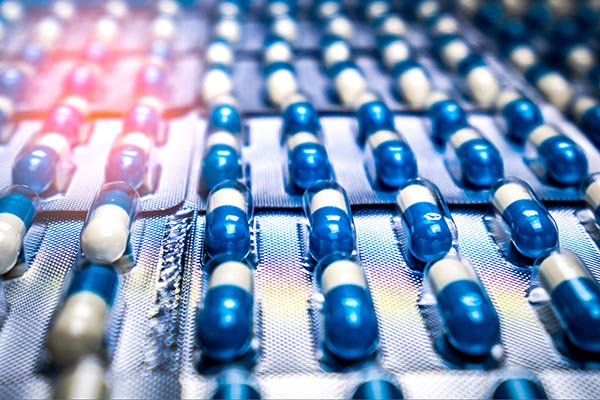 Cigna is one of the top three insurers in the US, with revenues of $75 billion for 2018 and nearly $34 billion for Q2 of 2019. These earnings are significantly higher than previous years’ earnings, which may be in part due to the Express Scripts merger.

Express Scripts, one of the nation’s largest Pharmacy Benefit Managers (PBM), was listed as the 25th largest company of the Fortune 100 and is one of three PBMs—including CVS Caremark and Optum, which combined control of 72% of the US pharmacy market.

The intent of this and similar mergers is to vertically integrate by bringing PBM inhouse with the intent of lowering costs. Players like CVS and Aetna are following a similar plan by combining forces to capture market share and lower costs.

The Court Opinion on the Cigna-Express Script Merger

The courts looked at how the merger would impact consumers and the Department of Justice (DOJ) concluded that,

The merger is unlikely to enable Cigna to increase costs to Cigna’s insurance rivals due to competition from vertically-integrated and other PBM’s.

Furthermore, they don’t foresee Express Scripts raising prices since it may cause a loss in Cigna’s health insurance client base. In short, it is yet another effort for healthcare companies to build scale, reduce costs, and respond to consumerism.

Not everyone sees the benefit of these large mergers and are concerned about the impact on consumers and employers. What if an employer has health insurance through Aetna, but uses Express Scripts for PBM? Now that these companies are competitors, will they be willing to share information that will be valuable for reducing costs at the grass roots level?

The National Business Group on Health (NBGH) surveyed 170 employers regarding the Cigna–Express Scripts merger. Only one quarter were “optimistic” about the impact of the merger, with more than half of employers being “skeptical” of the results. 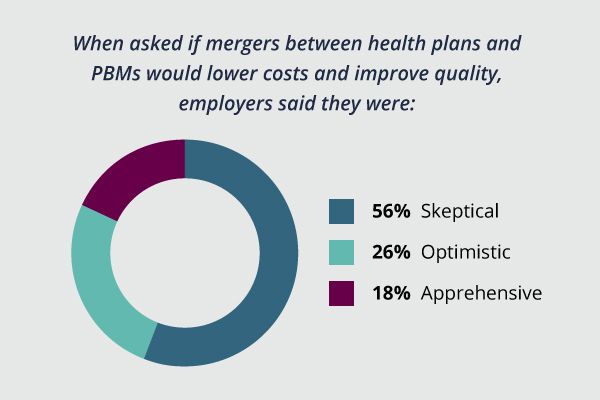 Most analysts agree that it will take time for Cigna and Express Scripts to implement and live up to the promises offered by their merger, leaving the effectiveness of their deal uncertain in the near term.

What about Humana and Anthem? Will they be left out in the cold without a large PBM to purchase? It’s yet to be seen if they will be on the lookout for a PBM merger. In the meantime, the market remains concerned whether these new M&A giants will share information and be transparent about their costs. We can’t forget about Amazon, which purchased Pillpack in 2018, a possible initial step to integrating this pharmacy into their new Haven health insurance venture.

What Can Employers Do?

These consolidations mean a shifting landscape for employers as they try to choose plans that are both advantageous to their employees and help control insurance costs. Managing this complex path takes an experienced advisor to show you the options that are a best fit for your organization.

At the moment, all insurance companies are competing “fairly” in this space. However, Woodruff Sawyer is diligent in understanding how these mergers will play out so that we can advise our clients appropriately. It’s important to have an informed partner assist you in choosing cost-effective, benefit-rich employee benefit plans that serve your organizational needs. For more information, subscribe for updates or contact our Employee Benefits practice.