2019 was abundant with family leave protections, pension reform, and administrative streamlining of social security programs. Here is a glimpse of what we saw internationally this past year: 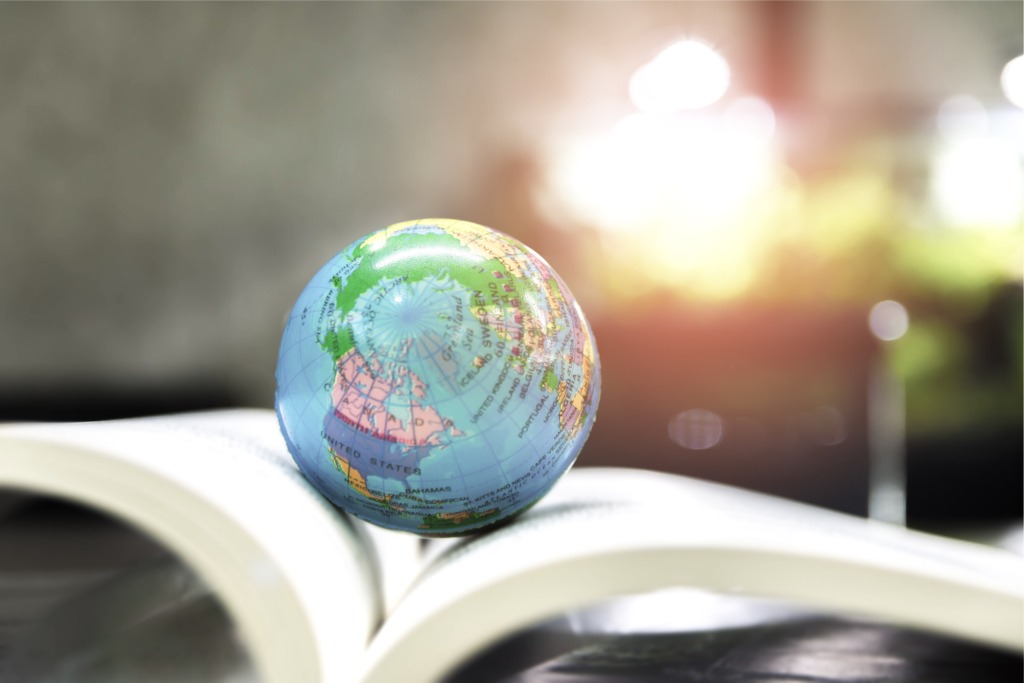 2019 started and ended without an answer to the most prominent legislative reform that will affect an entire continent and have global ramifications: Brexit. Despite the turmoil at Westminster that carried over from 2018, some newspapers defined 2019 as the year that “Britain finally broke the deadlock,” which didn’t happen until the 345th day of the year. This year, when the details of the deal or no deal between the UK and EU become clearer, we’ll write about how this may affect UK employee benefits; however, you should seek legal counsel to fully understand the breadth and minutiae of all benefits and HR implications of any such agreement. Two major hurdles remain: January 31, 2020, is the deadline for the UK to ratify the withdrawal agreement, which is likely to pass after the Conservative party on December 12 won the majority of seats in the House of Commons (the UK may leave the EU before January 31 with Parliament’s approval); after which, December 31, 2020, is the deadline for the UK and the EU to agree to a trade agreement. Extensions of both deadlines may occur, as there have already been two extensions of the original March 2019 secession date.

Disregarding any new insured benefit programs that were statutorily required starting in 2019, market median 50th percentile supplemental benefits have remained relatively unchanged except for Asia Pacific countries like Singapore and China, where the intense battle for talent has moved the goalposts to richer healthcare and risk benefits. When it comes to international leave policies, most multinational employers do not supplement (i.e., provide benefits beyond the statutory requirements) paid family leave or sick leave (varies by country), but many employers do provide supplemental paid vacation leave.

The European Union passed and launched major initiatives, a new flexible pension program starting in 2021 (see Q3 update) that will be portable across all 28 member countries and bring relief to a continent with many foreign-born and mobile employees (the UN in 2019 reported that Europe has 82 million migrants), and the new Work-Life Balance Directive with benefits for parents and caregivers (see Q4 update). In EU parlance, a directive is compulsory and means all 28 member countries must pass legislative measures in some form to achieve the intended result, but directives allow individual country discretion. EU directives differ from regulations, laws that must be followed verbatim and apply universally to all member states on a specific date. The governmental compliance deadline for the new work-life law for each member country is 2022.

The World Economic Forum issued a bleak forecast in its 2020 Global Gender Gap Report: It will take 100 years to achieve gender parity. While this is a bold prediction, it might not be outlandish. According to WORLD’s (a non-profit research organization at UCLA) comparative report of 197 global constitutional documents in 2014, only 19% protected against gender discrimination at work—but even then, words in foundational documents don’t always transfer into laws that actualize the founders’ vision. More recently, within the past decade, some country legislatures have begun to counteract this inequity with various measures. Europe continues to be the vanguard of equal labor rights for people, regardless of gender. Both the UN’s and the World Economic Forum’s gender equality rankings have European countries occupying most spots in the top 10. Gender pay equity laws took effect in 2019 in France and Germany. Ireland’s Gender Pay Gap Information Bill is expected to pass in 2020. In Asia, lawmakers in China are drafting final revisions to the Chinese Civil Code, to be completed and adopted as soon as March 2020, and initial drafts include protections against sexual harassment and employer obligations to prevent, investigate, and report it. According to the World Bank, only six countries—Belgium, Denmark, France, Latvia, Luxembourg, and Sweden—have equal labor rights, up from zero countries 10 years ago. The average World Bank equality score is 75, meaning most countries provide women with three-fourths of the legal labor protections as men. The United States has a score of 84.

Fast-growing financial hotbeds like Bahrain implemented a new mandatory universal healthcare system, and nascent free-market economies like Georgia commenced a new mandatory universal retirement program (see Q1 update for both). Egypt, with a steadily rising real GDP growth rate and a population boom, is remodeling its public healthcare system. The Philippines, in an attempt to provide equal public healthcare access to all, is implementing its new universal healthcare law passed in February 2019, which included automatic enrollment of all citizens into its national health program. And there are newly industrialized countries currently implementing ginormous programs, like India with “Modicare” (a.k.a. Ayushman Bharat or AB-PMJAY), which is currently the largest public healthcare reformative undertaking in the world. The push for universal care is a sign of positive growth and economic development but it also has a transformative effect on its citizenry and residents: social security programs extricate millions of people of all ages from poverty each year and can help take an emerging economy to the next developmental level.

Other big benefit questions remain in countries with a strong US multinational presence, such as the proposed major pension reforms in the Netherlands and The Republic of Korea. Brazil is on the cusp of implementing significant pension reform with austere measures to reduce the government’s obligations. In December, Argentina’s Senate passed an emergency economic bill that would freeze pensions for six months. Ireland released its tentative plan design for mandatory employer supplemental pension plans, with auto-enrollment, slated to begin as early as 2022. A couple of months ago, Sweden reformed its pension eligibility requirements. We covered Poland’s pension changes in Q1; Canada’s, France’s, Germany’s, and the UK’s in Q2; and Australia’s, the EU’s, and India’s in Q3. The US followed suit in 2019 with the SECURE Act, passed in December, that has several retirement reforms.

The global public and private pension reform trend will continue as governments attempt to abate the lopsided pensioner per worker ratio, the rise in workers’ financial unpreparedness for retirement, and the cataclysmic underfunding of public pensions. There are many contributing factors such as the global economic downturn following the 2007 financial crisis, global financial illiteracy and miseducation, the implosive design of defined benefit pension plans, and the exponentially disproportionate aging populations across the world. On the fourth factor, in 1950 there were 12 workers to every one person aged 65 or older, 8 to 1 in 2015, and it’s projected to be 4 to 1 by 2050. And it will be dramatically unbalanced in two G7 countries, Germany and Japan, where there will only be an estimated one and one-half workers for every person aged 65 and older by 2050. A UN global report in 2019 showed that the age 65 and over group not only has the fastest growth but will account for 1 in 6 people by 2050 (it’s now 1 in 11). With many governments relying on the pay-as-you-go retirement system—where current contributors collectively fund the benefits received by current pensioners—the math is troublesome.

These indicators and more are why countries will continue to overhaul its public pension system, and pass laws that mandate employer-sponsored retirement plans with auto-enrollment and matching contributions, as countries need everyone, especially the youth, to participate and buttress the coffers with an influx of funds. A Citigroup study in 2015 found that 20 OECD member countries have $78 trillion in underfunded pension liabilities. With most world governments operating deficit-heavy budgets (only 21% of countries run a net neutral or surplus national budget), expect this ominous retirement funding burden to be shouldered by employees and employers, as more countries look to cut expenses and reduce debt.

Dozens of countries changed or enacted paid and unpaid leave protections in 2019, but it was predominantly family leave that was enhanced across continents indiscriminately. The wave may be coincidence or require doctoral knowledge to fully understand, but it may partly be due to a combination of global support for such measures and numerous persuasive studies from governments, universities, and think-tanks, showing the positive economic and well-being effects of providing workers with paid family leave. As mentioned previously, the EU alone passed family and caregiver leave protections altering 28 countries with just one law. As for the other countries taking action in 2019, we covered many of these leave enhancements in our Q1, Q2, Q3, and Q4 updates.

Joining the party, albeit only federal employees, the United States in December 2019 passed its first paid family leave law. While this is an international benefits update and despite the law’s limited scope, the US’ paid leave legislation—nestled within a defense authorization bill—is a global employee benefit black swan (and likely a domestic harbinger) worth reflection. Our global perspective will help you understand the significance of this anomaly.

Paid Leave: USA versus the World

How does the US compare transnationally, not just on paid family leave but all paid leave? The magnitude of the US’ outlier status is extraordinary.

The US’ new paid parental entitlement, guaranteeing 12 weeks of paid leave for federal employees (an estimated 2.1 million Americans), was the first congressional paid family leave law and only the second family leave legislation since unpaid FMLA started in 1993, which only covers 60% of the country’s workers. Juxtaposed globally, it’s exceptional that the US continues to have no national policy for paid sick (individual, caregivers), paid family leave (maternity, paternity, parental, caregivers), and paid annual leave (vacation, holiday) entitlements.

The US is the only high-income nation in the world that does not nationally guarantee all workers paid parental leave and one of only two countries without paid maternity leave. Moreover, the US is one of only 13 countries (1 of 3 high-income countries) without paid annual leave, and only one of two countries in the 36-member OECD without paid sick leave. The signs of discord continue when looking inward: 79% of US private-sector workers do not receive paid leave for the birth, adoption, or fostering of a child; 36 million US private-sector workers (1 in 3) do not have any paid sick leave; 24% of private-sector employees do not have any paid vacation leave, with 76% typically having to work at least one year to be eligible, and 55% of Americans do not use all of their paid vacation time; lastly and also not a universal entitlement in the US, 23% of private-sector workers do not receive any paid holidays. All of the aforementioned figures disproportionately affect minorities and part-time workers. On the state and territorial level, six states have paid family leave (Connecticut in 2021) and 11 states have paid sick leave with the District of Columbia and Puerto Rico providing both, and there are no states that provide paid vacation leave (D.C. doesn’t; Puerto Rico does).

We cannot predict what will happen this year but we anticipate similar results in 2020.

Countries will enact more gender equality labor laws to promote fairness and modernize to the demands of the 21st century, implement new or enhance existing paid family leave laws in an attempt to stimulate its economy and alleviate the societal consequences of no guaranteed income and job security, reform statutory and supplemental retirement programs to combat trillion-dollar shortfalls and other solemn statistics, and emerging countries will execute new universal health and savings programs as a sign of prosperity and to advance its economic development and social welfare.

To stay current in 2020 with the latest international benefit news and trends, subscribe here to receive email notifications of new Insights.