In addition to global social security reforms and the continuing trend of enhanced parental leave entitlements, the third quarter saw the announcement of an innovative savings program that will be available in 28 European Union countries, and one national government’s audacious attempt to use fitness-tracking technology on a gigantic scale to combat rising health concerns. In this update, we explore the reforms and trends in benefits from around the world. 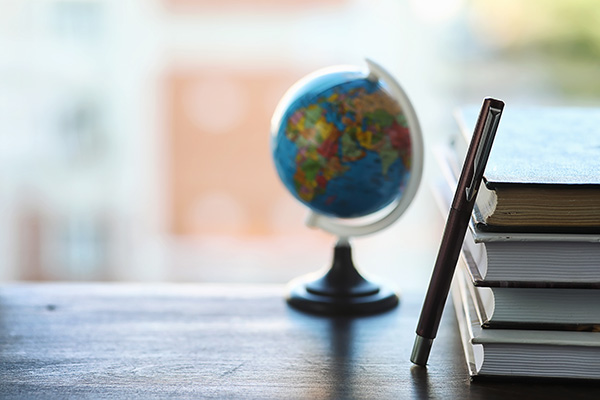 The EU is launching a voluntary supplemental Pan-European Pension Product (PEPP) that will be portable across all 28 EU member countries starting in 2021. It will be available for as few as one employee, through insurance companies, banks, asset managers, occupational pension funds, and investment firms. Each country will be allowed to somewhat tailor the program (e.g., tax incentives) but the program will have basic rules and governance, such as:

The program is supplemental, meaning it will not be a substitute for statutory and compulsory occupational pension programs. If tax incentives are offered by most national governments, the PEPP program will bring uniformity that in effect should close current administrative gaps and fiscal complexities that local statutory and supplemental pension programs pose for cross-border and mobile employees.

Effective July 1, 2019, numerous changes have been implemented to the superannuation program in Australia, in order to streamline its performance and efficiency.

Effective July 1, 2019, the government has reduced the total contribution to Employees’ State Insurance (ESI)—applicable to employees making up to INR 21,000 per month—from 6.5% to 4% of pay. Over 1.3 million employers and 36 million employees will see a reduction in costs. The ESI Act provides medical, disability, cash (unemployment), and maternity benefits to employees with monthly wages of INR 21,000 (25,000 if disabled) or less who work for an employer with 10 or more employees (varies by state). Employer contributions to Employees’ State Insurance will be reduced from 4.75% to 3.25% of salary, and employee contributions will be reduced from 1.75% to 0.75%. Employees whose daily average wage is below INR 138 are exempt from employee ESI contributions.

Under the Parental Leave Bill that was passed in May 2019, the unpaid parental leave period will be increased from 18 weeks to 26 weeks for each child. The additional eight weeks will be rolled out in two phases, with four weeks added to the current parental leave quota starting September 1, 2019, and the remaining four weeks added on September 1, 2020. This bill also increases the age of a qualifying child to 12 years from the current eight years.

In June 2019, the Dutch government and labor representatives have agreed in principle to changes to the current retirement age in an attempt to convert the age-related contribution system to an equal percentage contribution for all. Under the new agreement, the current state retirement age of 66 years and four months will be frozen for the next two years, gradually increasing to 67 from 2022 to 2024. Additionally, the pace of future age increases will be reduced to eight months, down from the current one year, for each year of increased life expectancy from age 65.

The new framework also includes an early retirement option for employees in arduous occupations. From 2021 through 2025, employees in physically demanding jobs will be allowed to retire up to three years before the retirement age. As part of the early retirement, employees will receive an employer-paid benefit of up to EUR 19,000 per year, with no tax penalty for the employer. Occupational eligibility for this provision will be determined by the employer, and this benefit will be fully funded by the employer.

This change affects nearly all supplemental defined benefit and defined contribution plans. A steering group with government and labor representatives has been formed to develop concrete measures for the new pension system, which will likely not take effect until 2022.

Residents who sign up for Fitbit’s Premium health and fitness program will receive a free Inspire HR fitness tracker. The Live Healthy SG initiative is a collaboration between Singapore’s Health and Promotion Board and Fitbit, a technology company based in San Francisco. This is an effort by Singapore’s government to incentivize and encourage healthier habits and lifestyles and to test if wearable technology devices can help the government achieve its healthcare strategies. Up to one million people are expected to sign up for the free health tracker. Singapore residents may sign up at Live Health SG starting in mid-September and the devices will be available starting mid-October. Fitbit’s Premium service costs $10 per month and the device has a retail value of $100. Those who enroll must agree to share their Fitbit’s data with Singapore’s Promotion Health Board.

Catching up on Q1 and Q2

Effective May 1, 2019, employer contributions to social security basic pension will be reduced to a maximum of 16% of an employee’s salary. This is the first time China’s national government issued mandatory social pension contribution ceilings for regional governments. All local provincial and municipal governments will be responsible for setting their own rates and are required to comply with the legislative maximums by the end of 2019. The basic pension contribution rates in China currently vary by region, and range from 10% to 21%. Further, the maternity insurance fund and medical insurance fund will be combined into one single fund; social contributions to these funds vary by region (currently 6% to 12% for medical and 0.4% to 1% for maternity).

In February 2019, the Supreme Court of India ruled that employers will have to include all fixed allowances while calculating the Employees’ Provident Fund (EPF) contribution. Previously, only basic wage and dearness allowance (not offered by most private-sector companies) were used to calculate contributions to the EPF. The Supreme Court ruled that certain allowances will be exempted from the Provident Fund contribution calculation: allowances that are variable, incentivized and linked to production, those not paid universally to all company employees or all employees within a particular employee category, or those that are paid only to employees who avail the opportunity. The EPF is mandatory for all employers with 20 or more employees, with compulsory matching employer and employee contributions of 12% of earnings up to INR 15,000 per month.

Effective March 2019, the Philippines government extended its paid maternity leave period from 60 days to 105 days for natural childbirth and caesarian delivery. For miscarriage or emergency termination of pregnancy, the benefit is limited to 60 days of paid leave. Maternity leave can also be extended to a further 30 days without pay. Single mothers are entitled to an additional 15 days of paid leave. Under the legislation, up to seven days of the allocated 105 days may be transferred to fathers, thereby increasing the paid paternity leave to a potential 15 days. Employers failing to comply with the change will be subjected to fines up to a maximum of PHP 200,000, cancelled business permits, and prison terms.

Due to the April 1, 2019, Employment Act (EA) changes, all local and foreign employees are now entitled to paid annual (vacation), holiday, sick, maternity, and childcare leave. Previously, there were portions of the workforce (typically managers, executives, and other highly compensated employees) excluded from the compulsory EA leave entitlements due to salary thresholds, which excluded office employees making more than SGD 4,500 per month or manual laborers making more than SGD 2,500 per month. Other revisions to the EA affect compensation (e.g., overtime, payment in lieu of notice); further, Part IV of the new EA (rest days, break times, normal hours of work, overtime pay) does not apply to managers or executives and only applies to manual laborers earning SGD 4,500 per month or less or non-workman earning up to SGD 2,600 per month.

Equalization of Maternity and Paternity Leave

Paternity leave in Spain has been increased from five weeks to 16 weeks to promote gender equality. As per the legislation, paternity leave was increased to eight weeks in April 2019, further extending to 12 weeks by 2020, and ultimately leveling off at 16 weeks by 2021. Fully funded by the Spanish social security system, maternity and paternity leave are non-transferable and can be utilized for birth, adoption, and foster care of the child. Currently, women are entitled to six weeks of compulsory maternity leave, with a further 10 weeks of leave that can be taken by either parent.

The information provided in this update should not be construed as legal advice. The content is intended as a general overview of the subject matter. No action should be taken on the basis of any content in this update without seeking appropriate legal advice regarding your particular situation.