On March 30th, the Securities and Exchange Commission (SEC) proposed a set of new rules and amendments to existing rules for special purpose acquisition companies (SPACs) in connection with their initial public offerings (IPOs) and later de-SPAC transactions. These rules are the first major regulatory step and, if passed, would bring significant changes to the way SPAC deals are done. I recently sat down with Mike Blankenship, managing partner of Winston & Strawn’s Houston office who specializes in SPAC transactions, to discuss the proposed rules and SPAC market pressures. Here are some highlights from our conversation.

SEC SPAC Rules: The Good, the Bad, and the Ugly

The SEC’s proposed rules represent the first sweeping change in SPAC regulations since the evolution of SPACs in the mid-1990s. The proposal is aiming to achieve several large changes, but it seems that its main goal is to bring SPAC IPOs in line with the rules and parameters that exist for traditional IPOs. Multiple law firms including Winston & Strawn, Cooley, Skadden and Mayer Brown, have published comprehensive summaries and analyses of the rules. The first major push is for a specific disclosure regime for SPACs. This is probably the least controversial set of rules largely because the SPAC market has already been moving in the direction of more robust disclosure.

Second is the removal of the use of safe harbor for projections. This, along with the extension of Section 11 liability to underwriters and other “gate keepers,” are the most problematic aspects of these rules because they can change the entire process of how SPAC transactions are done. Other rules are also being proposed. One of them is the creation of the Investment Company safe harbor for SPACs, which may be good in theory, but may need tweaking on the rigid time frames it proposes. 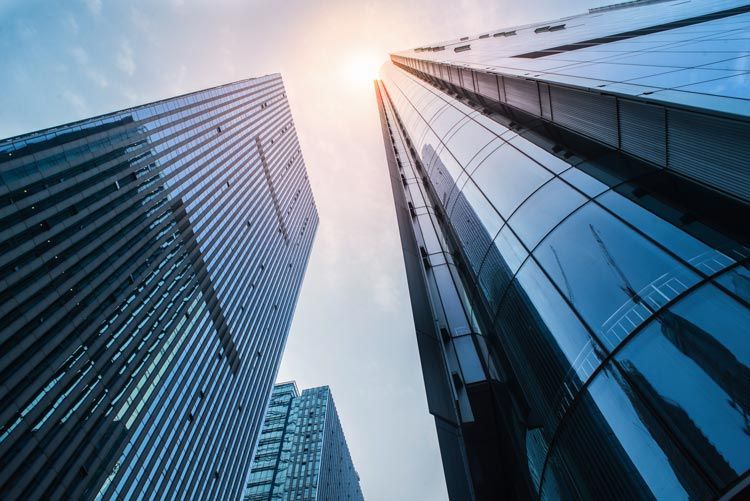 How Will the SPAC Market React?

All these changes, if passed, could dramatically decrease the number of targets seeking to merge with a SPAC, the number of investors looking to invest in SPACs, and the number of bankers willing to underwrite SPAC transactions.

Not surprisingly, many of these changes are bound to make SPAC transactions a lot more expensive and cumbersome. As a result, they are quite controversial.

Many ask whether there is a risk of the plaintiffs’ bar looking at the proposed rules and launching lawsuits based on some of these rules that are not yet in force. While there would not be legal standing for them to do so when the rules have not yet passed, they could use the rules as part of their theory on inadequate disclosures or as a blueprint for a part of their argument that the SPAC hasn’t fully disclosed or fully provided all the information about itself or the target.

Many law firms, banks, and other market participants are certainly going to be submitting comment letters to the SEC with their views on how these rules will affect the market and how they may need to be adjusted. The comment period will go through the end of May 2022 and the final rules are likely to be adopted before the end of 2022.

From the insurance perspective, although many of these changes will decrease risks surrounding SPACs, if the regulations end up being so restrictive that they easily trip companies into non-compliance, then there’s a risk of more frequent enforcement, which could give rise to additional litigation and consequently, increased insurance costs.

But for now, because the rules are not yet final, it is unlikely that we will see a lot more enforcement at this stage. However, we may end up seeing more inquiries about companies that go beyond the simple comment and response scenario. For all concerned, SPAC teams and their advisors, taking a very thoughtful, measured approach seems to the best way forward at this juncture.

Other Challenges in the SPAC Market

With many de-SPAC deals in negotiations now, which entity becomes responsible for indemnifying the SPAC’s directors and officers after the merger and how much those indemnification obligations could cost, become frequent topics of discussion between negotiating parties. While litigation is typically focused on the target, it often drags in the directors and officers of the SPAC, and with recent increased litigation activity, it is going to be even more critical for targets to understand their obligations with respect to indemnity and to ensure they have a plan for how to indemnify the SPAC’s directors and officers if the SPAC’s insurance policy has minimal limits.

We are getting closer to the maturity wall for SPACs that came out after July 2020. These SPACs will need to reach a deal or liquidate. We’ve been seeing an increase in liquidations and there will be more liquidations and withdrawals in the months to come. Some SPACs may try to merge, consolidate, or swap management teams, giving up economics to others who can find a target and help close the deal. But for now, there is not a huge number of them that we can talk about.

We will be following the evolution of these proposed rules very closely here in the SPAC Notebook. In the meantime, here are four ways we predict changes from these rules could affect insurance availability and costs for SPACs and de-SPACs.

What to Expect on the Insurance Front?

Although the market has been moving towards more robust disclosure, the new rules will accelerate a general trend towards comprehensive disclosure.

The more robust the disclosure, the less likely it is that investors will make decisions without all available material information, and the less likely it is that they will sue the SPAC or the target alleging inadequate disclosure. This will likely decrease the frequency and severity of suits, which will lead to a lower level of risk associated with SPAC deals and is likely to result in more directors and officers (D&O) insurance coverage and better pricing.

Use of Projections in de-SPAC Transactions

While it is true that many teams will find this set of rules problematic, if they are able to get the deals done without relying on projections or with relying on a very limited set of projections, they will eliminate a whole area of allegations based on overblown or baseless projections. This will reduce the risk of litigation around SPAC mergers and will result in increased willingness of insurers to offer SPAC policies.

Of course, if SPAC teams are no longer able to use projections, investors may not be willing to invest in SPACs and the viability of SPACs as a financial vehicle could be called into question. But why get bogged down with details? The insurance policies will be that much more available to cover the remaining handful of deals.

The imposition of Section 11 liability on underwriters as “gatekeepers” is intended to ensure proper due diligence review. However, this proposal is a bit too heavy-handed. Only time will tell how SPAC teams will be able to handle what are sure to be increased costs of bank underwriter participation.

Those underwriters who will stay in the SPAC market will conduct more robust due diligence to assure themselves of a well-documented due diligence defense. However, if the SEC is after better diligence by knowledgeable parties, other mechanisms could be used as effectively or even more so.

For example, take the use of a representations and warranties policy as a procedural step ahead of the merger. This policy creates an opportunity for a knowledgeable party to review the diligence being done and to steer the SPAC team in the right direction in terms of risk. Of course, any of the mechanisms that produce better diligence and further assurance from professional advisers create more comfort for insurance underwriters.

So, if this rule stays and banks are willing to play ball, insurance carriers will be able to reduce costs of D&O insurance premiums for both the SPAC team and the combined company post-merger.

Theoretically, the safe harbor is a positive development. When the idea that a SPAC may need to register as an investment company was posed in the Pershing Square Tontine case earlier this year, over 60 law firms vehemently protested that it had no merit.

Since then, at least two other cases with similar allegations have been brought. Clarifying the boundaries around this concept—which is what the SEC intends to do with the proposed rules—removes uncertainty. However, it also comes with a cost of added pressure to get that deal announced within 18 months and completed within 24 months.

This pressure begs the question of whether the SEC intended to create an additional conflict of interest for the SPAC team to close on a deal—any deal—so that it can avoid tripping up this new safe harbor.

As with the other proposed rules, clearer boundaries around a SPAC’s Investment Company Act obligations are bound to reduce litigation and enforcement risk and would reflect positively on insurance availability and costs.

SPACs: After the Boom Comes the Lawsuits 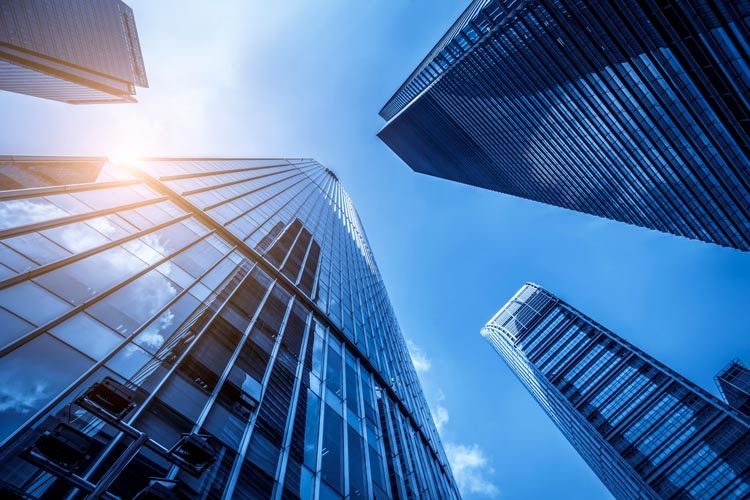 Delaware Court of Chancery’s January 2022 opinion will be significant source of concern for the SPAC community and SPAC D&O insurers. 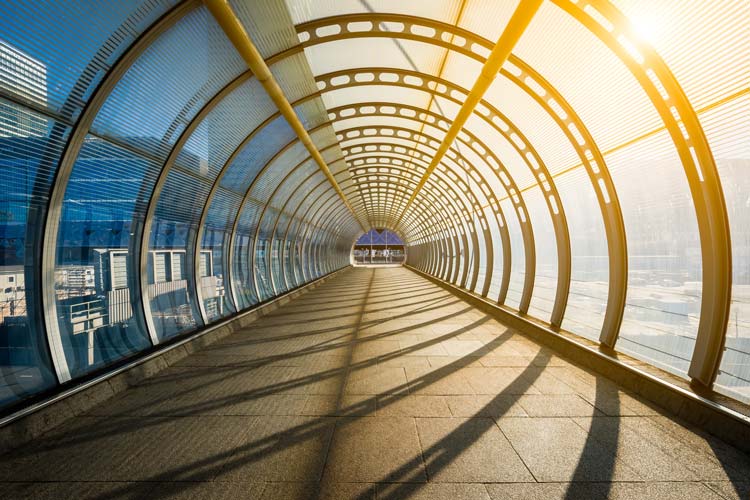 Get this Guide to help you map the D&O insurance process and get the right coverage for the right price.