Most IPOs follow a tried and true path that includes having the Securities and Exchange Commission declare your registration statement before your first trade. The recent government shutdown, however, caused the SEC to work with very limited staff.

The SEC’s operations plan for the government shutdown noted that they would not review or accelerate the effectiveness of any registration statements. This meant that no IPOs could finish the traditional path and start trading during the shutdown.

However, having the SEC declare a registration statement effective is not the only path. There is a more “passive” path provided by Section 8(a) of the Securities Act of 1933 that involves filing a complete registration statement with the SEC, including the offering price, and simply waiting for 20 days to lapse for it to become effective.

Understanding that there is market risk associated with delaying an IPO (as in, the market might sour), this alternative path to registration effectiveness looks very attractive during a government shutdown. 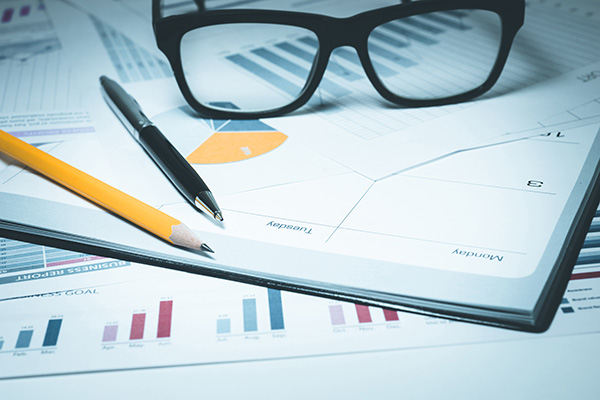 The Traditional Route to IPO

Taking a step back, remember that that the typical IPO process (outlined more fully in our guide to D&O insurance for an IPO) involves filing several rounds of amended S-1 registration statements responding to questions the SEC raises as an examiner reviews each draft.

At some point, of course, all comments from the SEC will have been resolved. That is the time the company requests that the SEC declare the registration statement effective.

The IPO is then priced (usually a negotiation between the bankers and the company’s pricing committee), and the final prospectus is filed with the SEC and printed with the IPO price.

The Passive Section 8(a) Path to an Effective Registration Statement

The passive path to registration effectiveness exists because a complete S-1 registration statement filed with the SEC will become effective on the 20th day after its filing pursuant to Section 8(a) unless there is an intervening action.

Given its non-traditional nature, the decision to pursue your IPO using the passive 8(a) path, as opposed to the traditional path in which the SEC declares a registration statement effective, is a tricky one.

Most companies would not consider this path absent something like a government shutdown.

Using the passive 8(a) path to registration statement effectiveness is only possible if everyone is on board with this path: company counsel, the bankers, bankers’ counsel, and the auditors. No IPO can successfully move forward without the approval of these stakeholders.

Finally, the relevant stock exchange must also be comfortable with this path. Both the NYSE and Nasdaq take their listing standards very seriously.

For example, the NYSE in a recently published set of FAQs took the very sensible position that it would generally not list a company that had not yet received any comments from the SEC on its registration statement.

On the other hand, the NYSE said it would generally list a company that had cleared all comments, subject to the NYSE’s normal listing procedures. Those companies in between these two ends of the spectrum will be considered on a case-by-case basis. Nasdaq’s FAQs take a similar position.

Using the more passive 8(a) path requires that a company publish the offering price on its registration statement 20 days before the first trade. If the price changes, the 20-day period starts again.

Having an offering price published 20 days before trading may not be a problem in certain instances, for example special purpose acquisition companies (“SPACs“) tend to be less price sensitive to the market’s volatility. For other companies, this might be an issue. There are also other types of transactions, such as rights offerings that rely on registration statements and potentially could take the passive 8(a) path. Pricing dynamics are likely to be somewhat deal specific.

Of course, a company can always leave the passive 8(a) path by filing a new amendment to its S-1, this time with the normal delaying language on the front cover.

If you are on the board of a company attempting an IPO, and you are asked if you will sign up to rely on the passive 8(a) path, should you feel comfortable saying yes? After all, as a director your personal liability for a registered offering is theoretically unlimited and personal.

Below are the seven key questions you will want to ask:

1. Was the company mostly through all SEC comments, and is the company willing to resolve any remaining comments in a way that the SEC would approve?

Neither situation would be good. The first is embarrassing; the second carries with it the risk that your shareholders could bring a successful rescission action against the company.

2. Is company counsel comfortable with moving forward on the passive 8(a) path?

Not only is it foolish to act against the advice of company counsel, counsel is required to file their opinion as an exhibit to the registration statement that the securities being registered are “validly issued.” They will not do this if they are uncomfortable with the issuance.

3. Are the bankers and their counsel comfortable moving forward with the passive 8(a) path?

Again, there is no deal if the bankers walk away—something they are sure to do if they or their counsel are uncomfortable.

4. Are the auditors comfortable moving forward with the passive 8(a) path?

Few groups have more power over a public company’s activities than its auditors. This situation is no different. One would expect that an auditor would issue a normal comfort letter regardless of whether an issuer choses the more traditional path or the passive 8(a) path to an effective registration statement. If this is not the case, a board member would want to understand why. (It is also unlikely that the bankers would be willing to move forward without an auditor comfort letter.)

5. Has the exchange consented to allowing the company to list once the registration statement is effective?

If the answer is no, the whole exercise will likely pause until the normal path––where the SEC declares the registration statement effective––is available.

6. Did the board have a robust discussion about the merits of taking the passive 8(a) path, and are there good board minutes that demonstrate the robust nature of this discussion?

Taking a non-traditional path might be perfectly prudent, and it is certainly permissible so long as the directors considered the pros and cons carefully. Having a good record of this discussion will be useful if at some future date shareholder plaintiffs try to sue the directors, asserting that they breached their fiduciary duty.

7. Are the D&O insurance carriers on board?

Because this is an unusual path, any company that pursues this path will want to be sure to inform its insurance underwriters.

The good news for insurance carriers is that they will get the benefit of all of the work done by other stakeholders: the company, company counsel, the bankers, bankers’ counsel, the auditors, and the stock exchange. This should make an insurance carrier’s underwriting process a fairly straightforward exercise.

The recent government shutdown that caused issuers to take a hard look at Section 8(a) has been resolved for now. Unfortunately, it will take a long time for the SEC (and other government agencies) to catch up with their work. To help issuers, the SEC’s Division of Corporation Finance has released a statement that discusses its near-term priorities.

However, if there is another shutdown, it’s useful to know that there may be a mechanism that would allow at least some IPOs far along in their preparation efforts to start trading even if the SEC were not in a position to declare any registration statements effective.