A question I often get on the corporate formality of board meeting minutes is: Do they matter? Unfortunately, it’s not possible to answer that “It’s cool to be casual.”

Quite the contrary: corporate minutes are of critical importance when it comes to mitigating litigation risk for directors and officers. 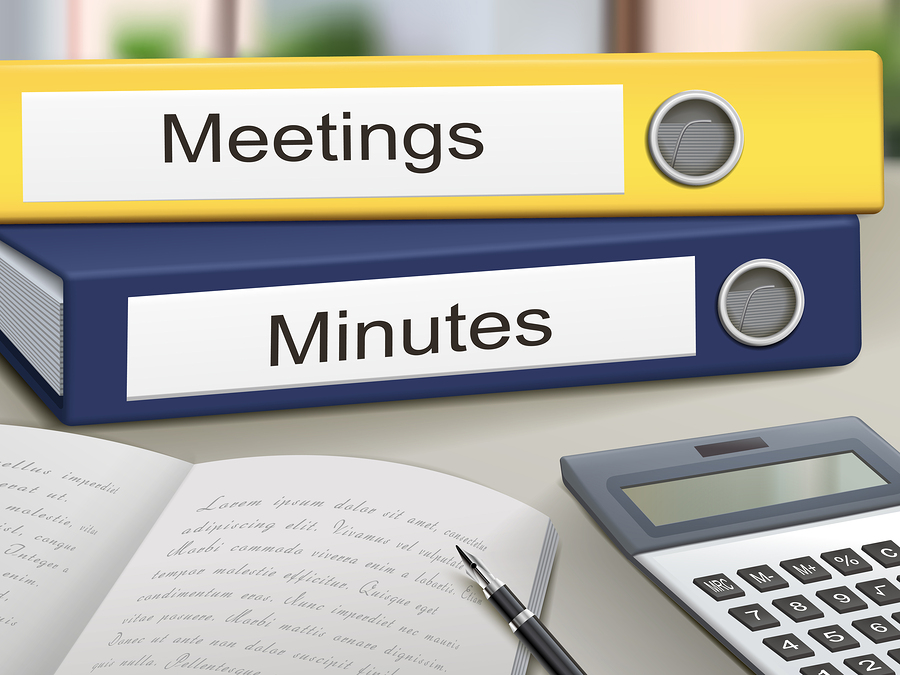 Corporate minutes are a summary of a board’s (or a board committee’s) actions during a meeting. They reflect the issues discussed and the decisions the meeting participants made. Once approved, minutes become part of the official corporate record of a company.

Good corporate minutes are a fundamental part of basic corporate hygiene, a phrase that is often used to refer to the practice of keeping up with required corporate formalities.

A recent lawsuit illustrates the importance of corporate formalities by demonstrating the consequences of having no record of having followed the procedure dictated by corporate law.

One compelling example of the consequences of poor corporate hygiene is the October 2015 decision delivered by the Delaware Court of Chancery on Espinoza v. Zuckerberg, et al.

I’ve written in the past about this case on director compensation and the alleged excessive pay that Facebook’s independent directors received. You may recall that Facebook’s stockholders sued Facebook directors for breaching their fiduciary duties by overpaying themselves.

Here, I’m not focusing on the merits of director pay. Rather, I’m focused on Facebook’s efforts to characterize the Espinoza suit as nonmeritorious because director pay was finalized with the implicit blessing of the majority shareholder: Mark Zuckerberg.

The court was unwilling to give the directors a pass on the basis that Zuckerberg “expressed his approval.” The court’s decision boiled down to an affirmation of the importance of good corporate hygiene.

According to the decision, Zuckerberg’s expression of approval could not count as stockholder ratification—even though Zuckerberg is the sole majority shareholder—because of the failure to follow corporate formalities.

From the Court’s opinion:

The fundamental issue here is whether Zuckerberg’s approvals were in a form sufficient to constitute stockholder ratification. Zuckerberg did not make use of a formal method of expressing stockholder assent, namely by voting at a stockholder meeting or acting by written consent in compliance with Section 228 of the Delaware General Corporation Law. According to plaintiff, stockholder ratification may be invoked only by one of these two methods. Defendants counter that it is sufficient that Zuckerberg, acting as a disinterested controlling stockholder, expressed his will to approve the transaction even if he did not adhere to corporate formalities.

To the defendants’ argument that strict adherence to corporate formalities make no sense given Zuckerberg’s status as the sole controlling stockholder, the Court had this to say:

The controlling stockholder of a Delaware corporation wields significant power, including the power in some circumstances to ratify interested directors’ decisions and thereby limit judicial scrutiny of such actions. But a controlling stockholder should not, in my view, be immune from the required formalities that come with such power.

Adhering to corporate formalities in this case would have resulted in the notification to all shareholders of whatever action Zuckerberg was taking or ratifying.

Another consequence probably would have been the dismissal of this case that was first filed back in June 2014 and is still ongoing. Unless the two sides agree to a settlement, this case will now move to trial.

Following suitable corporate procedures and adhering to corporate formalities can be an effective line of defense when a company’s minutes clearly reflect these protocols.

That said, for most basic meetings, a simple high-level summary of what took place is all that is required.

Minutes always include a record of the decisions that directors make in the course of a meeting. Formal decisions are referred to as “resolutions,” and there is often a lot of detail about these. By contrast, there is usually not much detail recorded in corporate minutes about things like discussions, presentations, and reports–though in some cases the presentations or reports themselves may be attached to the corporate minutes as exhibits.

There are occasions, however, where it is important that the minutes be more detailed. The good news is that these events are often highly predictable. As a general matter, any topic that’s a big deal for the corporation should be reflected in minutes that are a little more detailed and rigorous than the norm.

This includes any discussion in a board meeting about selling a significant part of the company or the entire company. The sale of a company is an event that is often challenged. You never want a transcript-level of detail. However, where the stakes are high, having the minutes reflect some detail about the process undertaken by the board is important.

(I’ve written in the past about ways directors and officers can mitigate risk in an M&A in case you are looking for more information on this specific topic.)

Good minutes will help plaintiffs, and ultimately a court, see that you had a good process. Thus good minutes that accurately reflect a robust process can yield an early litigation win for directors if they are sued.

There are a number of good resources you might consider if you’d like a deeper dive on the subject of corporate minutes. For example, consider accessing publications by groups like the Society of Corporate Secretaries and Governance Professionals and the National Association of Corporate Directors.

Finally, when you are faced with significant events, it’s a good idea to have your board meeting minutes actually drafted by a skilled corporate attorney. It’s when the stakes are high that having good corporate minutes is most important given the protection good minutes can afford directors and the companies they serve. In these circumstances it makes sense to engage an attorney who understands your company, the specific issue or transaction in question, and of course, the nuances of both corporate law and how to mount an effective defense for corporate directors should they be sued.