­Perhaps one of the most notable cases of breaching boardroom confidentiality in recent years involved William Ackman, a director who once sat on the board of J.C. Penney. As many readers are aware, Bill Ackman is a well-known and controversial activist investor. 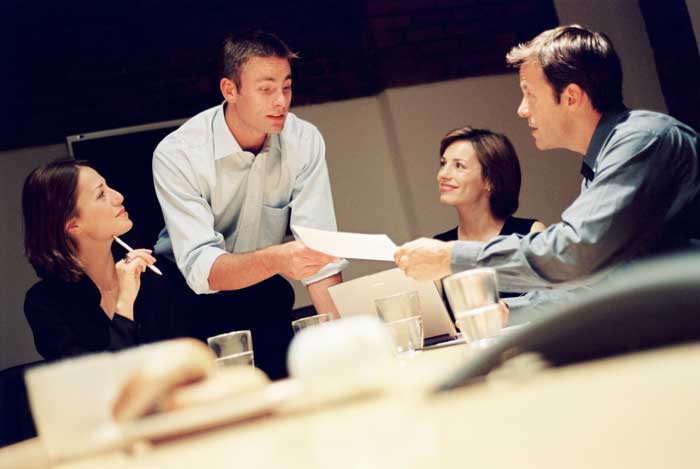 Frustrated with the J.C. Penney board and the direction it was taking, maybe Mr. Ackman thought leaking to the press letters that he had written to the board would be the best thing for the company and its shareholders.

Initially it seemed like investors responded favorably. That was to the first letter. According to reports, the second letter he released did not go over so well.

J.C. Penney stock plummeted, and members of the board and business community were reportedly outraged by the decision to leak confidential information of the board. Ultimately, Mr. Ackman voluntarily resigned.

However, this is a serious topic that a board needs to consider. You simply can’t have a well-functioning board if people feel that what they say is going to be repeated.

And in the event that information is leaked, knowing how to respond to leaks is of critical importance.

The Duty of Confidentiality

Most board members and board observers view this as the basis of a more general obligation to refrain from leaking a corporation’s confidential information.

It’s widely understood that material non-public information is confidential and to be kept private. However, as this Harvard Law School blog post points out, there is some board information, for example, day-to-day board deliberations, that is not necessarily material in and of itself. Consequently, this type of information perhaps exists in something of a gray area when it comes to confidentiality:

Second, and perhaps more important to the appropriate governance of the company, is maintenance of the confidentiality of board room discussions and the fabric of trust and collegiality that should exist among directors. The latter type of information about the board (which we call “material board information”) does not always coincide with the more common category of material non-public information about the company and its operations (which we call “material company information”) and thus may not be covered by the usual code of conduct.

Directors who take action like Mr. Ackman arguably violate their fiduciary duties when they leak information from the boardroom. If nothing else, causing turmoil in order to advance the position he was personally taking in the boardroom is not terribly consistent with the idea of acting as a member of a body that must govern by consensus on behalf of all the shareholders.

In Mr. Ackman’s own words from his letter:

A proper functioning board needs to be fully informed about all material facts about a corporation in order to make deliberate and intelligent decisions. Extreme candor among directors is critical. Directors need to hear from one another in an open forum so all issues can be aired in a transparent fashion.

It’s hard to imagine how a group can have a candid discussion if everyone is worried that a member of the group is going to leak parts of the discussion.

To be sure, Mr. Ackman would surely take a different position: he didn’t want to see shareholders mistreated and went public with his concerns.

At least Mr. Ackman was speaking to the entire public. A different concern arises when a director is leaking information to a small group of people. This can be a problem with constituent directors who serve as representatives of a particular stockholder or sponsor.

… the Delaware Chancery Court recently expressed the view that “[w]hen a director serves as the designee of a stockholder on the board, and when it is understood that the director acts as the stockholder’s representative, then the stockholder is generally entitled to the same information as the director.”

However, that doesn’t mean breaching the duty of loyalty with disclosures is ever appropriate. The article goes on to say:

Absent contractual or bylaw provisions to the contrary, Delaware law permits constituent directors to disclose information to their sponsors so long as they do so in a manner that is consistent with their fiduciary duties. If the corporation were harmed by the disclosures, or if the director knew that the sponsor would use the information disclosed to usurp corporate opportunities belonging to the company, the director likely would be found to have breached his or her duty of loyalty.

Aside from the individual liability associated with a breach of fiduciary duty, another thing to consider is that a director who discloses material non-public and confidential information may be committing a crime: insider trading.

The Securities and Exchange Commission and the Department of Justice consider the act of tipping material non-public information to be just as serious as trading directly on the basis of material non-public information. These cases put your personal liberty at risk, are expensive to defend, can take years resolve, and have the potential to bankrupt you with legal fees. This is a big risk for any director to take.

How to Keep Private Dialogue in the Boardroom

There are steps beyond relying on a director’s good judgment that a company can take to keep confidential board information private.

First, make sure that your onboarding process for new directors includes training new directors on the rules of confidentiality and insider trading. That subject-matter expert, academic or even senior executive of a public company that you just snagged as your new board member may not actually know anything about boardroom confidentiality.

We can all probably benefit from the occasional reminder. Also, including these concepts in your onboarding process is a way of setting expectations for the conduct of board members. This onboarding training should apply to all new directors, no matter their background.

Another step to take is to implement a detailed confidentiality agreement, one that expands on the nature of confidential information that arises in boardroom meetings or with other directors.

One note of caution on any confidentiality agreement: you’ll want to avoid language that would potentially raise the concern that your company is restricting communication from governing bodies, should a situation arise that needed it.

In 2015, the SEC ordered a cease and desist plus assessed fines when it found out the language in one company’s confidentiality agreement violated Rule 21F-17, which states:

“No person may take any action to impede an individual from communicating directly with the Commission staff about a possible securities law violation, including enforcing, or threatening to enforce, a confidentiality agreement . . . with respect to such communications.”

As another step, some companies adopt bylaws to further protect boardroom confidentiality. This article points out how some businesses are using them where there may be gaps in exposure:

Many companies have adopted “second generation” advance notice bylaws that provide, among other things, that a shareholder nominee for election to the board must, as a precondition to nomination, agree in writing to comply with all company policies that are applicable to directors. When combined with a robust director confidentiality policy as discussed above, this type of bylaw can help deter confidentiality breaches. A company may also wish to consider adding a director qualification bylaw that would render a director ineligible to serve if the director violated the company’s confidentiality policies. Alternatively, a company could require a director to agree in advance to resign from the board if the director violates the policy.

Beyond bylaws, the standard, of course, would be to have all directors sign the company’s insider trading policy and be briefed on Regulation FD.

(One point of clarification: I’ve heard some directors say that Regulation FD allows them to speak to the investors they represent without fear of violating insider trading laws. This is not true for a variety of reasons that are beyond the scope of this article you are reading now.)

Finally, ensure that your communications team is queued up to handle a situation concerning leaked information. Often, how a company responds in a PR disaster like the one described earlier can help rectify a less than desirable situation and further protect shareholders.

Confidentiality at the board level is a complex matter. With policies in place and an understanding of fiduciary duties, it helps to create a well-functioning board that can deliberate with confidence.