It’s a new year, and that means companies are gearing up for the Securities and Exchange Commission’s new rule: pay ratio disclosure for CEOs, effective for the fiscal year that starts after Jan. 1, 2017. Many filers can expect the first disclosures starting in 2018.

The controversial disclosure requires that a company show the ratio of the CEO’s compensation to the median employee compensation, and it will no doubt be costly to businesses in both time and money. Some estimate it at $1.3 billion in initial compliance costs alone. 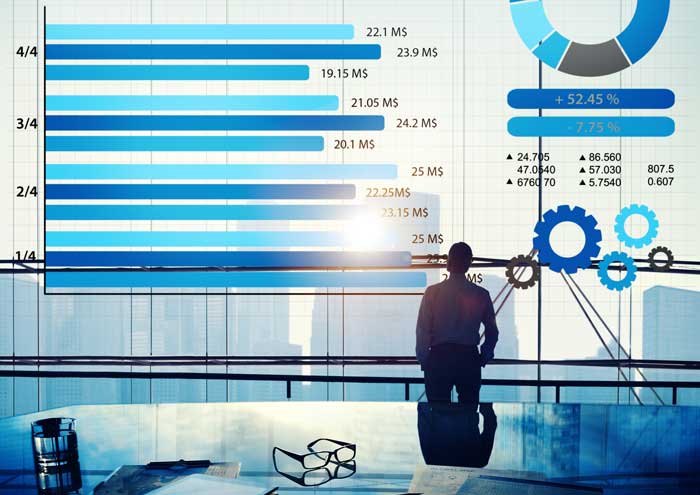 However, all public companies (except emerging growth and foreign private issuers) are facing this disclosure, and are now trying to figure out the best way to approach it.

Last fall the SEC released some interpretive guidance (see Section 128C) on the new rule. The guidance addresses issues such as the process for identifying the median employees in the organization and the time period to do so.

While this technical guidance may be helpful, you’ll want to consult your outside counsel and compensation experts to ensure that you get this disclosure right.

This is the kind of rule that probably seemed straightforward when it was proposed, but the process of implementation reveals its complexity. For example, consider this one question from the SEC’s compliance and disclosure interpretation:

Question: Under what circumstances is a worker employed and his or her compensation determined by an unaffiliated third party such that the worker is considered an independent contractor or leased worker under the rule? When is a registrant considered to be determining the compensation of a worker?

Answer: In the release, the Commission noted its belief that the primary benefit of the pay ratio disclosure is to provide shareholders with a company-specific metric that they can use to evaluate the compensation paid to the PEO within the context of their company. Therefore, in determining when a worker is an “employee” of the registrant under the rule, the registrant must consider the composition of its workforce and its overall employment and compensation practices. In furtherance of this, a registrant should include those workers whose compensation it or one of its consolidated subsidiaries determines regardless of whether these workers would be considered “employees” for tax or employment law purposes or under other definitions of that term. Frequently, a registrant will obtain the services of workers by contracting with an unaffiliated third party that employs the workers. When a registrant obtains services in this way, we do not believe it is determining the workers’ compensation for purposes of the rule if, for example, the registrant only specifies that those workers receive a minimum level of compensation. Further, an individual who is an independent contractor may be the “unaffiliated third party” who determines his or her own compensation. [October 18, 2016]

Because of the complexity, providing disclosure will be a labor-intensive process that companies will want to start on sooner than later. Many law firms and compensation experts are already sounding the “wake-up” alarm to get going on this disclosure. Some very forward-thinking companies are already disclosing the information.

Here are two examples of the disclosures already in the public domain (follow the previous link for details on the companies):

What does this disclosure mean? It’s hard to know. Perhaps some context can be provided by trusted data providers like Equilar. Equilar published a chart that provides historical CEO pay ratios for S&P 500 companies over the last several years. The peak in 2014 was a ratio of 250:1. 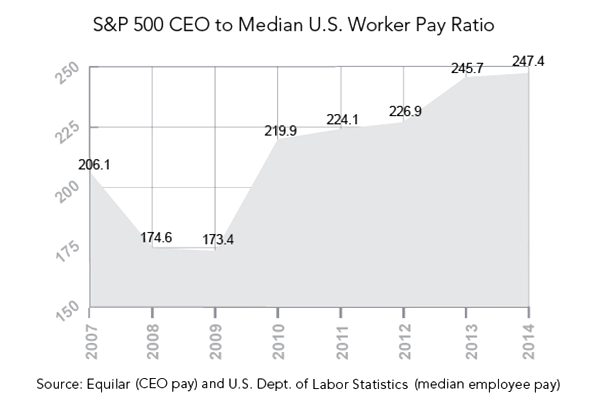 Will the new administration abolish this rule? Maybe. Though some are betting on a repeal of the new rule given the Republican control of the House, Senate and presidency, prudence dictates continuing to prepare as if the rule will remain in effect until that is no longer the case.

The worst of the all worlds would be to find oneself needing to make disclosures but not having enough time to make sure that the disclosures are both thoughtful and accurate.