ERISA liability is one of those areas that even experienced directors and officers sometimes don’t realize they have exposure. –Priya

In this blog post, I will provide an ERISA fiduciary liability refresher, including potential areas of risk for company directors and officers. In my next post, I’ll talk about protection strategies. 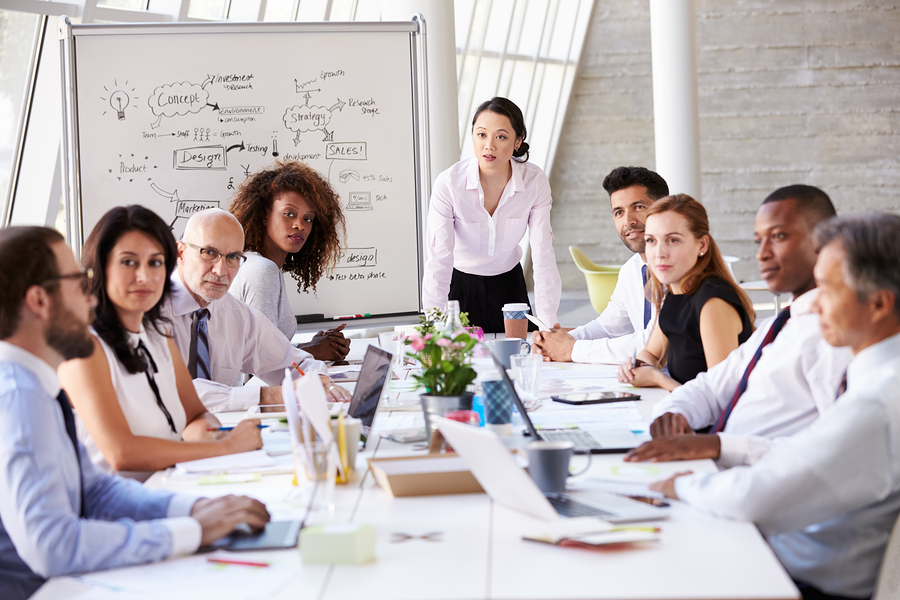 The stakes are high: breaches of fiduciary duty under ERISA may subject benefit plan fiduciaries to personal liability for losses to the plan.

A Brief Overview of ERISA

As a reminder, “The Employee Retirement Income Security Act of 1974 (ERISA) is a federal law that sets minimum standards for most voluntarily established pension and health plans in private industry to provide protection for individuals in these plans.”

Non-qualified plans, also known as “top-hat” plans, are deferred compensation plans.  They are unfunded and unsecured.  They are technically governed by ERISA but they are exempt from its participation, vesting, funding and fiduciary provisions.

Who is an ERISA Fiduciary?

ERISA defines who can be an ERISA fiduciary very broadly. Under ERISA Section 3(21), a fiduciary includes any person who:

Fiduciaries include but are not necessarily limited to plan trustees, administrators and members of the investment committee. Whether or not someone is a fiduciary is a product of their role or function in relation to a benefit plan and not necessarily their title.

The primary duties of a fiduciary are:

One thing that makes the fiduciary question tricky is the following:

Not everyone who interacts with an ERISA plan is a fiduciary, however, and even if a person is a fiduciary, he is not necessarily a fiduciary at all times and for all purposes. Instead, ERISA permits persons to wear “two hats” at separate times — a fiduciary hat and a “settlor” hat. Settlor activities are generally those that arise out of the establishment and design of the plan. Setting up or changing benefit plans is the quintessential plan “settlor” activity.

When it comes to calibrating the risk of being sued for an ERISA matter, it’s helpful to remember that you don’t have to be a fiduciary to be sued. For example, the CEO of a company that sponsors a 401(k) plan may not be a fiduciary of that plan but he or she will likely be named as a defendant in any litigation:

Common claims against fiduciaries include:

Some of the more routine “foot faults” can be avoided with the right advice. Kristina Keck, the leader of Woodruff Sawyer’s Retirement Plans Practice and an expert when it comes to implementing robust plans, notes that:

Removing complexity from a retirement plan not only makes the plan easier to operate, it also helps mitigate fiduciary risk. I recently presented at a national retirement conference, and removing unnecessary complexity was clearly a theme among all the expert speakers. For example, consider:

One of the riskiest moves for a company to make from an ERISA perspective is to offer its own stock in its 401(k) plan. Employer stock drop claims allege that offering stock in the employer’s company as an investment option is inappropriate. The allegations in stock drop cases generally fit one of two styles, although a case can incorporate both. In one style, employees will allege that the plan fiduciaries should have known that the employer stock was overvalued based on publicly available information. In the other style, employees will allege that the plan fiduciaries were insiders privy to non-public information who would have known the employer’s stock was about to drop. Of course, Enron is the signal cautionary tale of this type of suit.

In 2014, the Supreme Court held that Employee Stock Ownership Plan (ESOP) fiduciaries are held to the same standard of care as other fiduciaries. Fifth Third Bancorp v. Dudenhoeffer. Prior to the Dudenhoefer decision, ESOP fiduciaries enjoyed a different standard of care whereby it was presumed to be a prudent decision to offer employer stock as a plan investment.

Notwithstanding this change in presumption, the Dudenhoeffer decision actually turns out to be a good one for fiduciaries. The Dudenhoeffer court clarified that an allegation was implausible and insufficient on its own to state a claim if the gravamen of the assertion is that a fiduciary “should have known” that a stock was overvalued based upon publicly available information. The court held that a fiduciary should be able to rely on the public share price as the best source of valuation.

In regard to a fiduciary knowing a stock was overvalued based upon non-public information, the court reaffirmed the existing precedent that a fiduciary can’t be required to violate securities laws prohibiting insider trading in order to fulfill his or her fiduciary duties.

Excessive fee cases generally allege that plan participants were forced to pay excessive fees in the form of high expense ratios or fees for recordkeeping services. Although at first glance such fees may appear to be nominal, over many years they can significantly impede the growth of retirement assets.

Initially, the targets of these claims were large (>$1B in assets) plans, and these cases were brought by only a handful of plaintiff’s firms. However, recent cases against Boeing and Lockheed Martin where plaintiff attorneys were awarded fees in the $20M range have opened the floodgates. Now, even the smallest defined contribution plans are targets of a plethora of attorneys, many of whom are new to ERISA litigation.

Note that using a low fee provider doesn’t necessarily insulate you from these suits.

Recently, plaintiffs began attacking plans offering investments previously viewed as safe due to their relatively low fees, such as Vanguard funds, alleging that plan fiduciaries could have negotiated for fees that were lower still.

As the below examples illustrate, the plaintiff attorney fees being awarded are substantial enough to maintain the interest of the plaintiff’s bar.

Excessive fees in 403(b) plans sponsored by private universities and non-profit organizations are the latest targets with the first wave of suits being filed in 2016. These are attractive to the plaintiff’s bar due to the number of plan assets (within the top 1% of defined contribution plans) and their relatively recent increase in regulation and oversight which many institutions haven’t caught up with yet.

Private litigation is not an ERISA fiduciary’s only concern. The Employee Benefits Security Administration (EBSA) is responsible for ensuring that Plan Sponsors and plans comply with ERISA. In 2016, EBSA:

Sponsor Organizations can take the following steps to mitigate their fiduciary liability exposure.

Increased attention on employee benefits issues and large plaintiff attorney fee awards have brought fiduciary litigation back to the headlines. After you scope your risk, make any prudent process improvements available to you, and ensure you have the right personal indemnification agreement in place, it’s time to think about risk transfer in the form of fiduciary liability insurance. This will be the subject of my next post.