While February is historically a lull for IPOs, there has been some activity—approximately 28 IPOs this year so far—and Renaissance Capital predicts that 2018 will see a boost in tech IPOs, potentially led by Lyft and Dropbox. 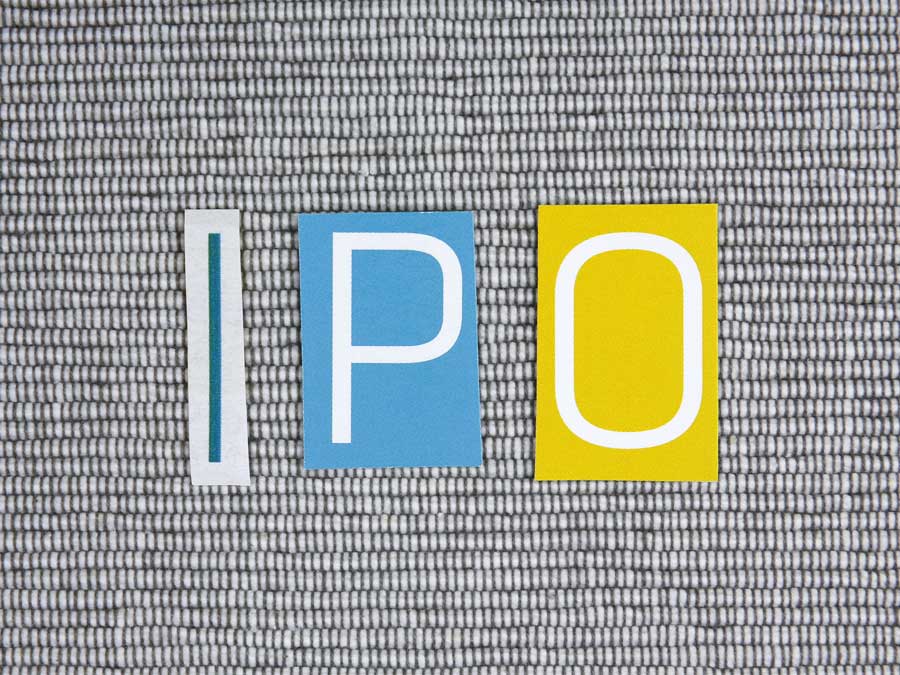 With new IPOs come new litigation. Indeed, the IPO market boom in the past 10 years or so has been a large driver of securities class action litigation. 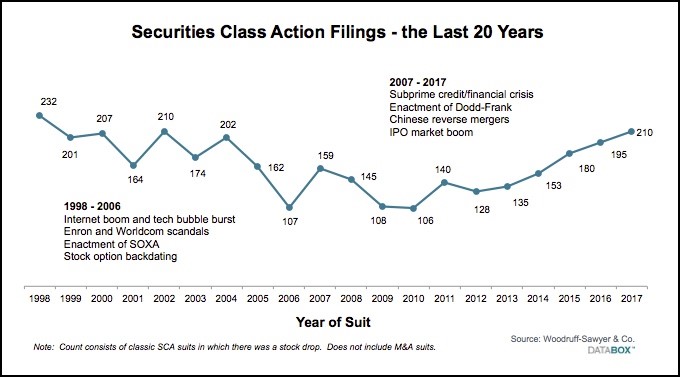 Even more startling is the new data from Woodruff Sawyer’s proprietary D&O DataBox™ showing that of the 23.5% sued, 33% of these companies were sued within the first year of going public and 17% of them were sued more than once. 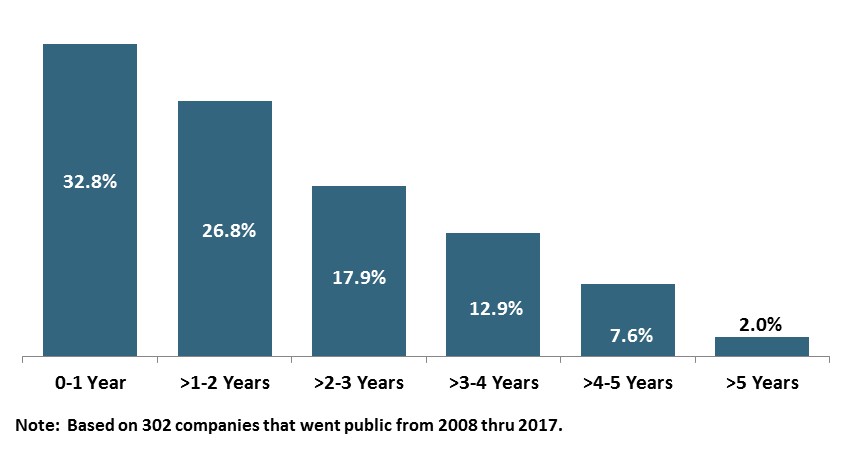 As a reminder, the statute of limitations for suits brought under Section 11 of the Securities Act of 1933 is three years, so we won’t be surprised to see more suits brought against the classes of 2016 and 2017 in the near term.

Why IPOs Get Sued, and the Outcomes

Why IPO companies? The litigation frenzy might reflect problems with the business model, management or macroeconomics; whatever it is, it explains why IPO companies are paying so much more for D&O insurance than mature public companies.

Of the 200-plus cases brought against IPO companies since 2013, more than 50% are still pending. In other words, carriers still don’t know the extent of their losses on this class of business.

The California court cases are some of the most difficult for insurers for reasons I’ve discussed previously.

As of December 2017, there were 19 cases active in California state court. A good portion of these companies has also been sued in federal court with parallel Section 10(b) cases.

It’s worth noting that about 40% of cases brought in federal court against non-IPO companies are dismissed (that is, a win for the defense and no payment to plaintiffs), according to our data.

There are some cases, of course, in which the plaintiffs withdraw; unfortunately, the rest of the cases end in settlement payments to plaintiffs.

The majority of the state court filing activity occurred in 2015 and 2016 (31 of the 50 cases). In 2017, filing activity dropped down to five cases. This year, the US Supreme Court will determine (hopefully by summer, if not before) whether state courts can hear claims filed under Section 11 (in Cyan, Inc. v. Beaver County Employees’ Retirement Fund).

Learn How to Mitigate Your Risk in an IPO

If you’re thinking of an IPO, and you’re interested in learning more about how to mitigate risk along the way, you can join me in Seattle for a half-day conference all about the path to the IPO.

Representatives from Woodruff Sawyer, EY, Fenwick & West, Merrill Corp. and the Nasdaq will discuss the important issues IPO companies need to consider, from business operations to corporate governance and more.

In the meantime, here are some helpful resources for more reading: