Market turmoil due to COVID-19 has halted many IPO plans, but IPOs by SPACs (special acquisition companies) are actually picking up in pace. Indeed, according to my sources at the Nasdaq, 40% of proceeds raised in IPOs to date this year have been from SPACs. And, as night follows day, more SPAC IPOs will lead to more SPAC litigation. 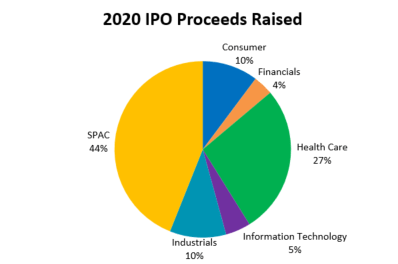 Compared to traditional IPOs, SPACS have not been involved in much litigation at all. But now is not the time for directors of SPACs to become complacent about litigation risk. If the past is any guide, there are several categories of SPAC suits worth guarding against.

As I discuss below, some of these suits are more problematic than others—with bankruptcy being potentially especially difficult. I’ll also discuss ways to mitigate your litigation risk, including through insurance.

Here are five types of private litigation that may be of concern to SPACs, one of which is likely only a theoretical category. Outside the scope of this article are potential Securities and Exchange Commission enforcement actions, which of course are also a concern for SPACs.

This is not a surprise given that SPACs are shell companies with the sole purpose of raising capital in an IPO to acquire or merge with a private operating company and take it public. In other words, they are not operating companies that are doing things like missing guidance and other activities that tend to draw lawsuits against traditional IPO companies.

In addition, the funds raised in a SPAC are kept in a trust, and investors have the ability to opt-out of the SPAC, by redeeming their shares or by voting against future proposed acquisitions.

As a result, absent a great, big, effortful fraud, we would not expect to see much in the way of securities class action suits against the SPAC related to its IPO.

One type of suit that pops up with SPAC transactions is the type that challenges the completeness of the proxy statement filed in connection with the SPAC’s acquisition of an operating company (also known as the “De-SPAC transaction”).

The suit filed in the United States District Court of Delaware against Greenland Acquisition Corporation is typical. In this kind of litigation plaintiffs file suit alleging deficiencies in a proxy statement in violation of the ’34 Act, and then go away relatively quickly for a relatively low mootness fee once the defendants amend the proxy statement with some additional disclosures.

3. M&A Suits When the Target Company Does Poorly

Another type of SPAC-relevant M&A suit is brought after the merger when plaintiffs are unhappy about how things turned out. A critical element of these suits is the allegation that shareholders learned of the true shabbiness of the target company only after the merger was completed.

One example is the Heckman case (aka the “China Water” case), which settled in 2014 for $27 million. Heckman was a SPAC that raised $433 million in its 2007 IPO. In 2008, Heckman and its board solicited shareholder approval of China Water and Drinks Company, a Nevada corporation.

For another example, consider the 2019 case of Welch v. Meaux. The plaintiffs in this case brought both Section 11 and Section 10(b) claims against officers and directors of the publicly traded company in connection with a de-SPAC transaction. The case also included a claim concerning the subsequent follow-on offering.

The SPAC in question, Landcadia, had raised $250 million in its 2016 IPO. Landcadia had 24 months to complete its business combination before being forced to return the proceeds to its investors. With two weeks to go before the deadline, Landcadia agreed to buy a mobile food ordering and delivery company.

Things did not go well with the target company after it became publicly traded. Plaintiffs ultimately brought suit, alleging material deficiencies in the proxy statement and subsequent registration statement.

Their allegations included the charge that when the target company began publicly trading, investors were not told of all the risks being foisted onto them. Moreover, the plaintiffs alleged that they were deceived as to the company’s prospects for profitability. This case is still pending.

Once a SPAC has completed the business combination that results in a publicly traded operating company that new operating company is subject to the same scrutiny and potential for litigation as any public company.

Consider the April 2020 case of Akazoo, a music streaming company. Akazoo became a publicly traded company through a reverse merger in 2019 with Modern Media Acquisition Corp., a SPAC.

The plaintiffs in this federal securities class action case allege that Akazoo made false and misleading statements about its revenue, profits, and operations, among other things, and that consequently shareholders purchased securities at artificially inflated prices.

Specifically, Defendants made false and/or misleading statements and/or failed to disclose that: (1) Akazoo overstated its revenue, profits, and cash holdings; (2) Akazoo holds significantly lesser music distribution rights than it has stated and implied; (3) as opposed to Akazoo’s continued statements, it does not operate in 25 countries; (4) Akazoo has a significantly smaller user base than it states; (5) Akazoo has closed its headquarters and other offices around the world; and (6) as a result, Defendants’ public statements were materially false and/or misleading at all relevant times.

None of the SPAC directors were named in this Section 10(b) suit. This case is still pending.

Bankruptcy is a time when directors and officers are especially susceptible to being sued, and the bankruptcy of a company that becomes publicly traded through a SPAC is no exception.

SPAC board members that become directors and officers of the operating company they acquired might have some additional risk compared to other board members. This is due to the way SPACs are traditionally structured when it comes to the incentives provided to SPAC sponsors, people who are usually also the SPAC’s board members. The situation faced by the board of Paramount Acquisition Corp. in a bankruptcy court proceeding is a cautionary tale.

This SPAC raised over $50 million in 2005, and had two years to find a suitable target. Very close to the final drop-dead date, Paramount acquired Chem Rx. Unfortunately, within 18 months, Chem Rx was in violation of the financial covenants on its credit facilities.

Chem Rx ultimately filed for bankruptcy in 2010. When the company was liquidated, a litigation trust was established to pursue claims on behalf of Chem Rx’s unsecured creditors.

The litigation trust brought suit against the six members of the board of directors of Paramount on behalf of Chem Rx. On behalf of the creditors, the plaintiffs alleged that entering into the Chem Rx transaction was itself a breach of fiduciary duties by the Paramount directors.

As explained by the law firm McDermott:

[U]nder Paramount’s certificate of incorporation, if a shareholder-approved acquisition of a health care entity failed to close by a “drop-dead” date . . .October 27, 2007 (24 months after Paramount’s IPO) . . .Paramount would dissolve. In such an event, the IPO proceeds held in the trust account would be distributed in liquidation to Paramount’s public stockholders, and all of Paramount’s warrants (including those purchased by the directors) would expire worthless.

The directors had purchased 2 million warrants for $1.3 million. They also had acquired more than 2 million shares of Paramount founder stock for $25,000 (which compared very favorably to the IPO price in which the purchase price per unit was $6 [consisting of one common share and two warrants per unit]).

This type of arrangement is common for a SPAC, as is the proviso that the investment by the SPAC founders becomes largely worthless if the SPAC is unable to complete a de-SPAC transaction. On the other hand, this arrangement is highly profitable should things go as planned.

This financial arrangement is intended to motivate and reward the founders for spending their time, energy and funds organizing the SPAC, taking it through the IPO process, and finding a good acquisition target.

Unfortunately, a New York court found that this structure was sufficient to keep the directors from winning their case on a motion to dismiss based on the business judgment rule. In other words, the plaintiff’s claims as to the breach of fiduciary duty due to self-interested motivations was sufficient for the case to move forward.

A SPAC’s favorable financing arrangement with its founders may not always leave the founder directors unable to rely on the business judgement rule. According to the McDermott memo, a shareholder vote based on good information would give back to directors the benefit of the business judgment rule:

[T]here are numerous Delaware court decisions holding that the legal effect of a fully informed stockholder vote of a transaction is that the business judgment rule applies and insulates the transaction from all attacks other than on the grounds of waste, even if a majority of the board approving the transaction was not disinterested or independent. See In re KKR Financial Holdings LLC Shareholder Litigation, C.A. No. 9210-CB (Del. Ch. October 14, 2014)

This obviously puts a lot of pressure on the quality of the disclosures in the proxy statement sent to shareholders to ask for their vote for a business combination.

How Can Your SPAC Avoid Litigation?

The cases above demonstrate some clear lessons:

For more on how to manage a SPAC’s risk during its lifecycle, including director and officer liability, read our Guide to Insurance for SPACs. 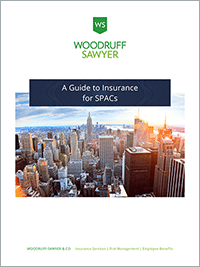