How does a board of a venture capital or private equity-backed company demonstrate that its decisions are being made in the best interest of the common stockholder? 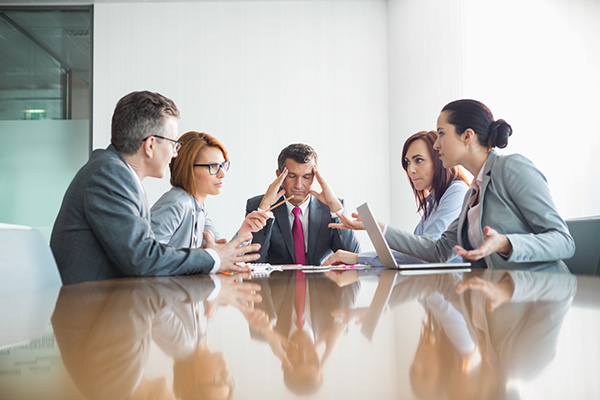 Another case that illustrates this important point is Calesa Associates, L.P. vs. American Capital Ltd. In this case the Delaware Court of Chancery denied the defendants’ motion to dismiss in a case where the plaintiffs, minority shareholders, alleged breaches of fiduciary duties by the directors, including a breach of the duty of loyalty.

The background, in this case, is quite typical of companies funded by venture capital or private equity. In this case, Halt Medical, Inc. was a venture-backed private company in which an investor, American Capital, owned 26 percent in stock.

As is common with VC-backed and PE-backed private companies, Halt appointed board members from American. Halt had negotiated the right to appoint five out of seven board members.

In 2014, a $50 million loan made by American to Halt was due. Unfortunately, Halt didn’t have the money to pay.

The solution proposed by American was a down round recapitalization that, as the Delaware Chancery Court put it, attempted to “squeeze out” the minority investors. As a result of the transaction, American’s ownership of the company would go from 26 percent to 66 percent.

The plaintiffs alleged that the compressed timeline was a false deadline created by American to force the board to approve the transaction “under a threat that if they did not sign, American Capital would demand payment in full of its $50 Million Note, which Halt could not pay, and could no longer prevent through a Chapter 11 proceeding.”

When defending themselves, the directors were, of course, hoping to be evaluated by the court under the deferential business judgment rule standard. This is the standard by which a court will give deference to a board’s decision so long as the board members acted on an informed basis, in good faith, and in the honest belief that the action taken was in the best interests of the company.

In this case, however, this deferential standard was not available because the plaintiffs were able to credibly allege that “(1) a controlling stockholder stands on both sides of a transaction or (2) at least half of the directors who approved the transaction were not disinterested or independent.”

This meant that the Delaware Chancery Court could not grant the defendants’ motion to dismiss.

Another interesting finding of this case was the opinion that even though American only owned 26 percent of the shares, they were still considered to be controlling stockholders.

The court found that the board was under actual control of American. Citing Crimson Exploration Inc. Stockholders Litigation, the court stated there is “no correlation between the percentage of equity owned and the determination of control status.” Rather, “it is a highly fact-specific inquiry.”

Directors are “self-interested” when they appear on “both sides of a transaction” or expect to “derive any [material] personal financial benefit from it in the sense of self-dealing.” They lack independence where they were “‘beholden’ to . . . or so under [the controller’s] influence that their discretion would be sterilized.”

Finally, make sure you buy private company D&O insurance (get the guide here).

While it’s true that private company D&O insurance tends to exclude suits that are brought by one director against another, there are other situations where this type of insurance will go a long way to protecting directors and officers against lawsuits.

If you’re looking for ideas on how to mitigate conflicts of interest in your VC-backed private company, Wilson Sonsini Goodrich & Rosati published a helpful paper, “The Venture Capital Board Member’s Survival Guide: Handling Conflicts Effectively While Wearing Two Hats.”

Finally, consider attending the Stanford/NVCA Venture Capital Symposium on March 26 and 27, 2019, where I’ll be moderating a panel that will be discussing conflicts of interest and fiduciary duties of venture-backed boards.

This symposium offers practical guidance on achieving success as a venture capitalist in a rapidly changing marketplace.

Other speakers at this event include leading venture capitalists, limited partners, CEOs, regulators, attorneys and scholars who will discuss topics including:

I hope to see you there.