The Securities and Exchange Commission’s mission is to protect investors, maintain fair, orderly and efficient markets, and facilitate capital formation. Some of the SEC’s tools include its ability to weigh-in on issues of corporate governance and to drive change both through mandates and required disclosures. 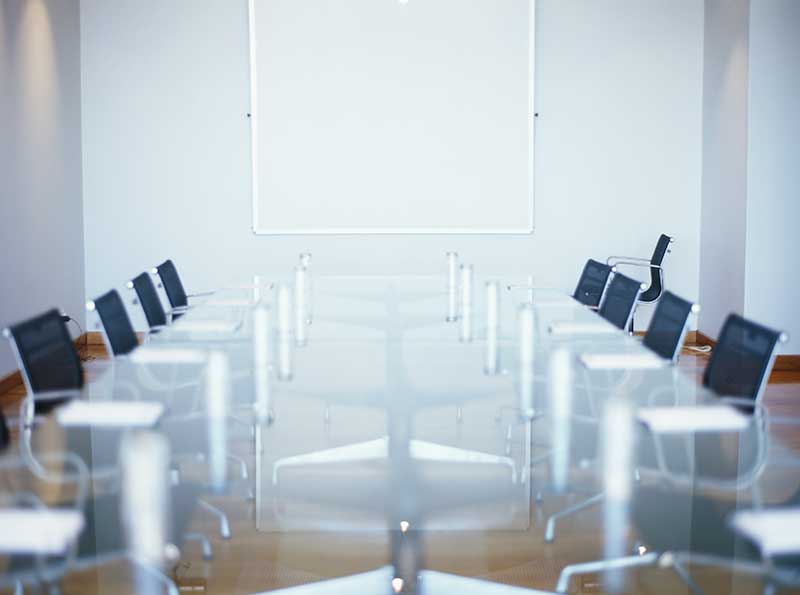 Let’s briefly look at different types of corporate governance and how this relates to the latest statements by SEC Chair Mary Jo White on boardroom diversity.

There’s a type of corporate governance that’s focused on loss control. For example, when we refer to corporate governance in the D&O liability insurance practice here at Woodruff Sawyer, we are generally referring to controls and procedures in the management environment that make litigation and loss less likely, or that reduce the severity of loss should it occur.

Corporate governance can also refer to procedures and policies that tend to enhance shareholder returns.

A good example of this is a policy requiring that only independent directors serve on compensation committees. Such a policy makes it harder for management to implement too-easy metric benchmarks for bonus payments. The harder the benchmarks (within reason), presumably the better the returns for shareholders.

Finally, the term corporate governance is sometimes used to refer to social policy concerns. Some of these policies might be expression of a serious issue that is worth addressing in the appropriate forum. The SEC typically uses disclosure when it is making social-policy related corporate governance moves. For example, the SEC uses required corporate disclosure about the use of conflict minerals to discourage their use.

The SEC’s Focus on Board Diversity

There, she recognized the lack of diversity in corporate board rooms today and took a clear stance on the social issue of board diversity: “I continue to urge that CEOs and boards of public companies act aggressively to alter this landscape and to do so quickly.”

As a reminder, there’s already a disclosure rule (Item 407(c)(2)(vi) of Regulation S-K) in place that requires public companies to describe how they “consider diversity in identifying nominees for director.”  The results of this rule, according to Chair White, have been lackluster:

The role of the SEC on board diversity, as on many other important corporate governance issues, is focused on disclosure. The SEC does not have the authority to mandate board diversity, but, in 2009, the Commission adopted a rule requiring companies to disclose whether, and if so, how their nominating committees consider diversity and, if they have a policy on diversity, how its effectiveness is assessed … Very few companies have disclosed a formal diversity policy and, as a result, there is very little disclosure on how companies are assessing the effectiveness of their policies.

She followed up by stating the intentions of the SEC’s future role in board diversity—a new rule:

I announced in January that I had directed the SEC staff to review our rule and the extent and quality of disclosures that have followed, with an eye toward revising the rule if there was a need. And, I can report today that the staff is preparing a recommendation to the Commission to propose amending the rule to require companies to include in their proxy statements more meaningful board diversity disclosures on their board members and nominees where that information is voluntarily self-reported by directors.

This may come as a surprise since, in the past, Chair White had criticized efforts by partisans to use the SEC to drive forward social policy mandates “effectuate social policy or political change through the SEC’s powers of mandatory disclosure,” according to The Wall Street Journal. In a 2013 speech Chair White was critical of Congresses’ meddling in social issues via the SEC’s disclosure powers, saying specifically that while some of the social policy goals were laudable, “as the Chair of the SEC, I must question, as a policy matter, using the federal securities laws and the SEC’s powers of mandatory disclosure to accomplish these goals.”

But of course we know the SEC does indulge in attempting to move forward social policy via its disclosure rules—as it has with conflict minerals—and so it’s not surprising that the agency would pursue another socially charged issue.  In the end, Chair White in 2013 might only have been questioning the efforts of partisans to use the SEC to achieve social goals, as opposed to the appropriateness of the SEC’s pursuing social goals itself.

Chair White knows the new rule on diversity disclosure may come with some backlash: “Some may oppose even minimally more prescriptive diversity disclosure requirements,” but remains firm in her stance that “the SEC has a responsibility to ensure that our disclosure rules are serving their intended purpose of meaningfully informing investors. This rule [the current rule] does not and it should be changed.”

What Diversity Disclosure Could Mean for Public Companies

While I’m an advocate for board diversity for many reasons, adding more detailed disclosures to public company filings is where I part from Chair White’s stance on the SEC’s role in the social issue of diversity.

Make no mistake: Disclosure is not free.

We can be sure that the average investor is not reading any of it. Rather, people who are pursing specific special interests are reading the parts of company disclosures that are relevant to their various agendas.

It’s also not clear that shareholders would prefer corporations to spend time on this kind of social policy-related disclosure as opposed to running the company to increase profits on behalf of the shareholders.

Since it’s an election year—and Chair White is also expected to step down before the next U.S. president takes office, according to WSJ reports—it’s likely nothing will happen for some time.

What we do know, however, is that this move seems like another in a series in which the SEC is being dragged/is leaping into social policy work as opposed to sticking to its mission: to protect investors, maintain fair, orderly and efficient markets, and facilitate capital formation.