When the Securities and Exchange Commission chooses to bring an enforcement action, it does so after serious consideration. The SEC is ultimately accountable to the public when it comes to how it spends its time and the people’s resources.

For this reason, the SEC discloses a lot about its enforcement activities. Cornerstone Research is one of the organizations that takes on the very useful task of analyzing the SEC’s disclosures. A good example is Cornerstone’s midyear FY 2017 update on SEC enforcement activity for public companies and subsidiaries. 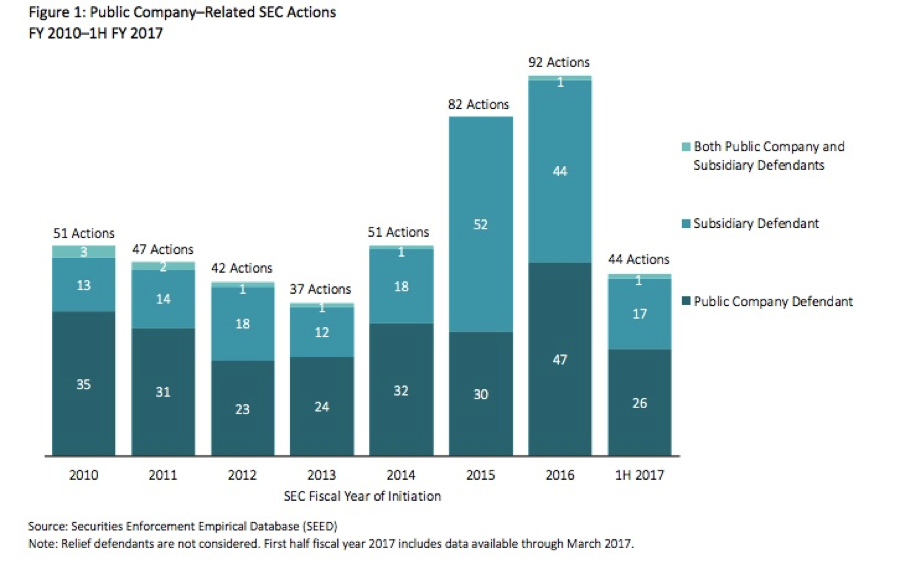 The manufacturing industry was the most heavily hit with SEC enforcement actions in the first half of FY 2017, experiencing 40 percent of the activity. The next most popular sectors for the SEC were the finance, insurance and real estate sectors. 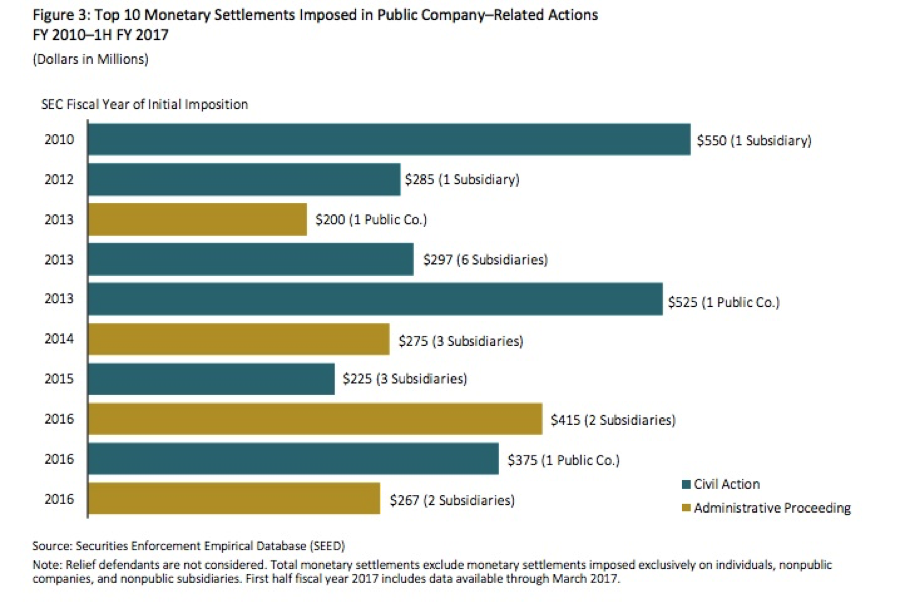 I’ve discussed in an earlier blog post how the SEC values cooperation in its investigations. According to Cornerstone Research, a majority (63 percent) of public companies that were the subject of enforcement actions chose to cooperate. 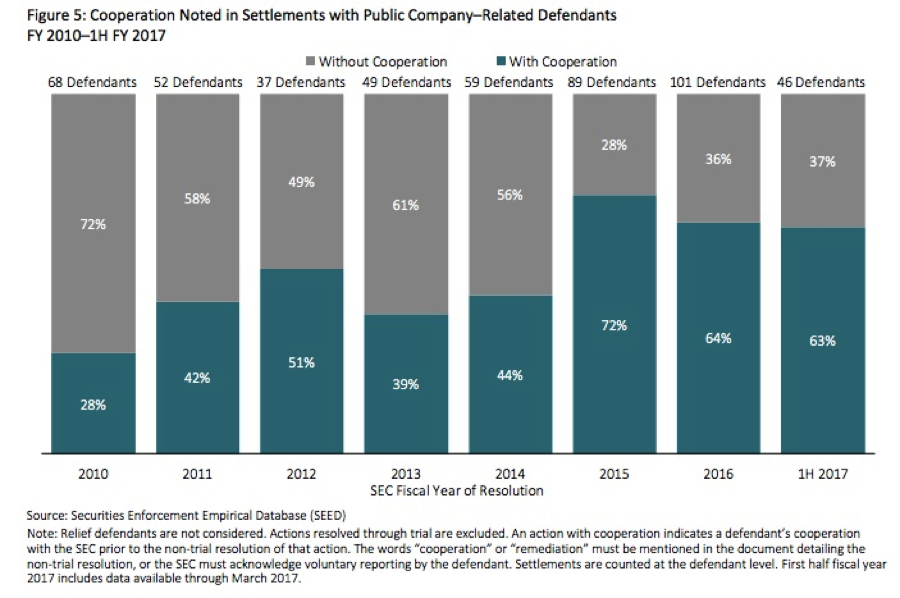 When the SEC comes knocking at the door, one immediate question is always: Do we have insurance for the expenses that we are about to incur?

Modern public company D&O insurance policies, if well brokered, should provide coverage for any targeted individual director or officer or employee, even for an informal inquiry by the SEC. This should be of great comfort to individuals that worry about finding themselves targeted by the SEC.

It remains the case that coverage for the corporate entity—as opposed to for individuals—is tricky, particularly in the US market where insurance carriers are wary of covering this additional risk without additional premium. Coverage is available, however; you can read more about that here.

One last thing to note: as a general matter, people think that SEC enforcement actions are only relevant for public companies. That’s not true. Remember that the SEC has actually announced that it is particularly interested in the fundraising activities of private companies, especially unicorns.

As we head into the second half of FY 2017, it remains to be seen how robust enforcement actions of the SEC will be towards the end of the year. With a new chairman at the helm, we’ve already seen the stage set for what is and continues to be important to the SEC.

My bet, however, is that the SEC will continue to bring enforcement actions against those it believes are violating the law.