The Securities and Exchange Commission had a busy Fiscal Year in 2015: a total of 807 enforcement actions resulted in penalties surpassing $4 billion.

Of those 807 cases, 300 of them were “against issuers [emphasis added] who were delinquent in making required filings with the SEC or administrative proceedings seeking bars against individuals based on criminal convictions, civil injunctions, or other orders.” 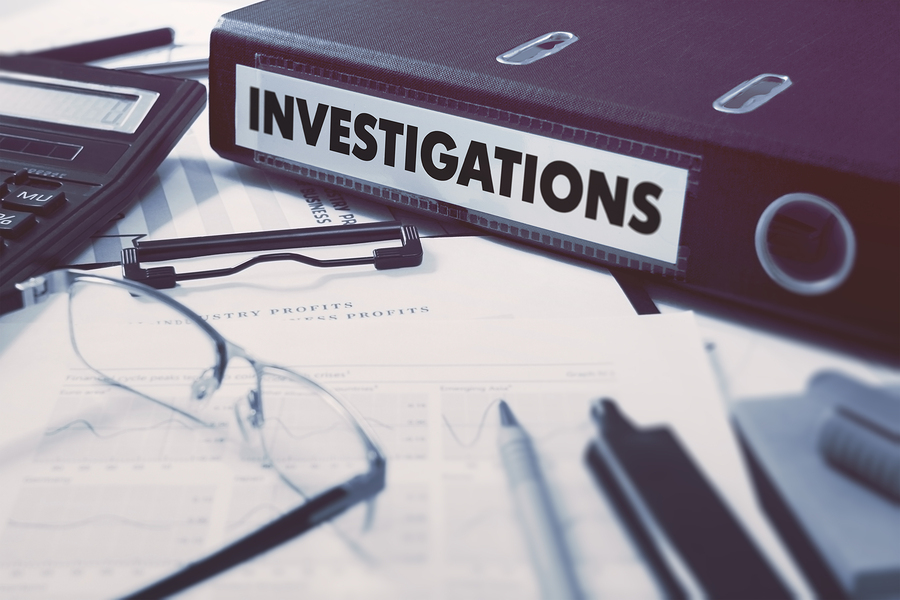 The threat of an expensive SEC investigation isn’t just limited to companies that are involved in intentional criminal behavior. With a focus on both substantive and clerical issues and an army of administrative law judges, any company could find itself under the microscope of the SEC.

This may be true in some industries; it’s often wrong in others—especially life science and technology. Just to mention it, private company D&O policies often exclude coverage for SEC investigations of a corporate entity as well.

I’ve written previously about how D&O insurance policies typically cover individual officers and directors in an investigation, not corporate entities unless otherwise negotiated.

This is especially problematic because investigations usually start with the entity. A lot of time can pass—and a lot of money can be spent on lawyer’s fees—before an individual is actually named in an investigation.

Another reason SEC investigations can be tricky is that they are often “informal” for a lengthy period of time. In an informal investigation, your company is technically cooperating voluntarily with the SEC.

From an insurance perspective, that’s a problem. If you’re voluntarily cooperating, you are not responding to an adverse third-party action, which is to say that it’s not the type of action that the policy is designed to cover.

Exacerbating the situation is the fact that the SEC values early cooperation, which can help alleviate some of the penalties down the road.

Depending on the circumstances, the informal SEC investigation of a corporate entity can become a formal investigation. Each case is different, but in all cases the investigations are terribly expensive.

As a first step, it’s important to know that you may not currently have coverage for SEC investigations of your company unless you’re paying additional premiums. Insurance carriers are, however, providing more options for coverage than ever before.

More recently, some carriers have been willing to offer endorsements to the primary D&O insurance policy to provide coverage for an SEC investigation of a corporate entity when the company has a related securities claim at the same time. If the carrier requires the insured to use panel counsel for securities claims, for example AIG, panel counsel would also have to be used for the SEC investigation.

Investigations Coverage before or after a Securities Claim

For carriers like AIG that have panel counsel, it’s usually the case that retroactive recovery is dependent on an insured’s having used panel counsel for the SEC investigation from the beginning.

This is not always going to be obvious, since there’s no coverage before a securities claim hits, so it will be important to keep an eye on this detail.

Two carriers in the London D&O insurance market, Beazley and Hiscox, offer retroactive coverage with no panel requirement. However, the retroactive coverage (and coverage for an SEC investigation that may persist after the securities claim has been resolved) is subject to co-insurance.

Clarity around noticing–particularly circumstances–is critical in maintaining continuity if carriers need to be changed at some point. No matter what the language, it will be important to work closely with your broker to ensure that you have continuity of coverage if you decide to switch carriers.

This is always the case, but will be even more so if there is an SEC investigation in the wind.

Coverage for FCPA-related Investigations is Limited

One limitation of the coverage from London is that London’s endorsement does not include coverage for Foreign Corrupt Practices Act (FCPA) investigations. AIG has said that FCPA coverage may be negotiated in some circumstances. AIG has also indicated that it may be open to granting coverage for investigations brought against a corporate entity by government agencies other than the SEC.

The AIG, London and other carrier options are all subject to an additional premium.

Regardless of the carrier, there is significant underwriting that goes on for this type of coverage. All carriers will review the company that’s requesting the coverage very carefully. The carriers will underwrite the risk that’s being presented, and exclude from coverage anything for which the company has prior knowledge.

Not unexpectedly, carrier appetite will, in some cases, be very industry-specific. For example, if you’re a domestic manufacturer of windows, and you want both SEC investigation coverage and coverage for FCPA investigations, the carrier may say yes.

On the other hand, this coverage will be much harder to obtain if you are a life science company doing clinical trials in foreign, state-owned hospitals staffed by government workers.

There are other tactical issues to consider as well. If you expand coverage for your D&O insurance to include investigations of the corporate entity, how far up the tower do you want that coverage to go?

For example, if you are purchasing $50 million in coverage, do you want the SEC entity coverage to apply the full $50 million to the corporation, or only the first $10 or $20 million?

Some companies will handle this dilution by limiting the amount of insurance available for SEC corporate investigations. Doing this ensures that there’s coverage for matters that are traditionally covered by D&O insurance.

Other companies may decide to purchase much higher limits in response to this expansion in coverage.

Whatever a company decides to do, it’s important to remember that the increased costs associated with expanding this coverage is not just the additional premium for the expanded coverage, but also the cost of purchasing higher limits in order to make sure that there’s adequate coverage for the traditional scope of the D&O insurance policy.

Modern D&O insurance policies cover informal and formal SEC investigations of an individual director or officer, but an area of frustration can be a lack of insurance coverage for the high volume of legal bills attributed to formal or even informal investigations of the corporate entity.

Any company that has ever had an SEC investigation has stopped to ask: Wait a minute, do we have coverage for these legal bills? It’s prudent to find out the answer to this question before an investigation arises.