The Securities and Exchange Commission Office of the Whistleblower received more tips in fiscal year 2018 than any other previous year. In addition, it awarded more dollars to whistleblowers than all previous years combined.

The message in 2019 is clear: the SEC’s Office of the Whistleblower is serious about rewarding individuals for helping the SEC stamp out misbehavior. 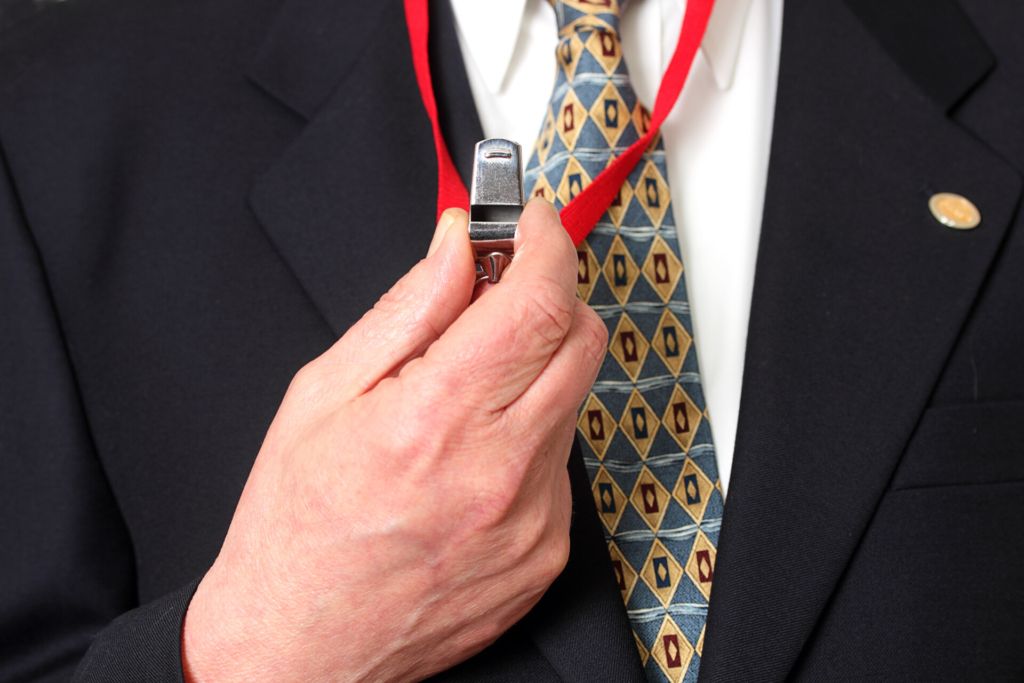 Since its inception, the Office of the Whistleblower has had securities laws offenders pay more than $1.7 billion in monetary awards. This includes more than $901 million in disgorgement of illegal gains and interest.

Because of this, incentives to whistleblowers remain a priority in 2019 for the agency (from its annual report):

The main goal of the whistleblower program is to incentivize the reporting of specific, timely, and credible information to the Commission. Therefore, one of the top priorities of the Office of the Whistleblower (OWB) has been, and will continue to be, processing meritorious award claims.

These incentives, paired with the fact that the Supreme Court ruled in 2018 that whistleblowers must report to the SEC to qualify for anti-retaliation employment protections, make for the perfect storm for corporations with bad actors and bad compliance programs.

The 2018 Supreme Court Decision on Anti-Retaliation

Because of a recent Supreme Court ruling, we may see even more whistleblower reports lodged with the SEC in the future. Why? The answer has everything to do with whether a potential whistleblower believes that an internal report may or may not lead to retaliation.

First, some background. After Dodd-Frank was passed, I wrote in 2016 that:

Having a solid whistleblower program—one that takes every complaint seriously—can give your employees the confidence they need to attempt to resolve their concerns without running straight to the SEC.

Many of the complaints will turn out to be misunderstandings that the complaining employee will be happy to have explained to him or her. Other situations will allow your company to nip potential bad behavior in the bud.

Taking these steps now can help prevent your company from being the subject of one of the thousands of complaints the SEC receives each year.

This advice seemed like common sense—and it still does. The hitch, however, is that in 2018, the Supreme Court ruled in a 9–0 opinion in Digital Realty Trust v. Somers that whistleblower protection against employment retaliation under Section 21F(h) of the Dodd-Frank Wall Street Reform and Consumer Protection Act (Dodd-Frank) was only valid if the whistleblower had already reported to the SEC at the time the employee suffered the retaliation.

This decision invalidated the SEC rules adopted in 2011 which prohibited employers from retaliating against whistleblowers. Those rules were originally structured to encourage employees to report internally first, and benefitted companies with good compliance.

The underlying assumption was that the employee would benefit from the anti-retaliation protections of Dodd-Frank.

Now, experts say that the only way employees are protected by Dodd-Frank’s anti-retaliation rules is if they bypass their employer altogether and go straight to the SEC.

Note that while there are still some anti-retaliation protections under Sarbanes-Oxley, it has more limitations than under Dodd-Frank. Dodd-Frank protections include things like reinstatement, double back pay, and attorneys’ fees.

This seems like a terrible blow to corporate America’s efforts to bolster their own internal whistleblower programs, an effort the SEC itself had supported.

Nevertheless, the SEC still recognizes the importance of good compliance programs (from its annual report):

Anti-retaliation protections continue to be a critical component in the success of the Commission’s whistleblower program. Individuals who fear reprisal from their companies for reporting will be less likely to bring their information to the Commission.

Supporting enforcement actions against companies and individuals who retaliate against whistleblowers or take actions to impede whistleblowers’ communications with the Commission will remain a focus of OWB’s mission in the upcoming fiscal year.

We will continue to work to ensure that whistleblowers can freely report information to the Commission without fear of reprisal.

Thus, there is a delicate balance when it comes to handling corporate whistleblowing. Due to the Digital Reality ruling, employees who do not believe their employer’s internal whistleblower procedures and anti-retaliation promises are credible may never bring up the issue directly with their employers. Instead, they will go straight to the SEC.

It remains true, however, that not everything that a single employee might think is something about which to blow a whistle is in fact a problem.

There may be explanatory facts and circumstances that, once explained to the employee, would cause the employee to agree that everything is in order. Unfortunately, with the ruling in Digital Realty Trust, employees might go straight to DEFCON 1.

Having said that, many employees will prefer to ask their employers for an explanation if they see something that seems wrong. Clear corporate whistleblower procedures and a culture where anti-retaliation promises are believed will make such an internal inquiry possible.

Though the Supreme Court ruling has made it very clear that whistleblowers have to report to the SEC to gain the benefit of Dodd-Frank’s anti-retaliation protections, for the reasons discussed above, boards will want to ensure that companies have procedures in place that make it safe for whistleblowers to report issues.

An additional issue to consider is this: Disgruntled employees can show their discontent in other ways. Take Google’s recent global employee walkout (Google Walkout For Real Change) over the company’s handling of sexual misconduct and other issues.

The walkout caused many Google offices to be completely debilitated. Though not a securities fraud example, it is an example of employees taking matters into their own hands when they feel the company is not listening.

The SEC Office of the Whistleblower has made it clear that it will do everything it can in 2019 to encourage whistleblowers to report potential illegal activities.

Notwithstanding the Digital Realty ruling, it is still a good idea for corporations to have strong whistleblower and anti-retaliation policies as part of their broader compliance programs.

Having a strong compliance program is part of creating and maintaining a company culture that discourages exactly the type of misbehavior that the Office of the Whistleblower is so keen to root out.