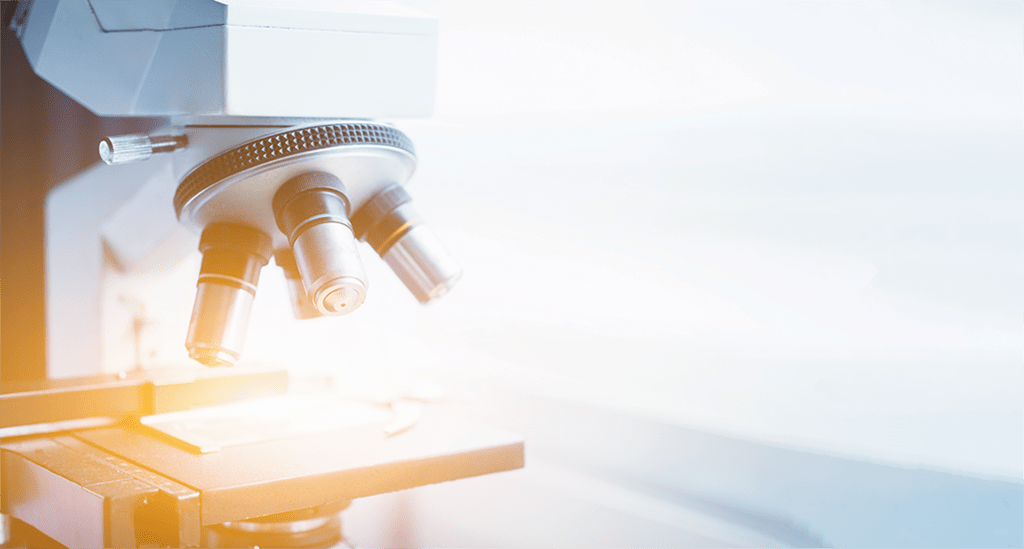 Of course, raising money in the public markets brings with it the specter of class action lawsuits, and the life sciences sector is no stranger to class action litigation. According to Woodruff Sawyer’s Flash Report: 2019 Year-end Summary biotech comprised 16% of securities class actions in 2019 (No. 2 after the technology sector).

Indeed, one of the notable early coronavirus-related securities class action suits was against a life sciences company, Inovio.

Each year, Sidley Austin LLP puts out an informative report that takes a deep dive into securities class actions in the life sciences sector. (You can get the full report here.) Some of the court decisions analyzed by the Sidley report may end up being relevant to companies in the process of developing vaccines for COVID-19, as I discuss below.

The common theme among all cases in the report goes something like this: A company setback leads to a stock price drop, which leads to litigation. The Sidley report shows that while last year saw 44 new complaints against life sciences companies, this was a continued decline from 2018.

While the bad news is that this sector suffers from quite a bit of litigation, more often than not the defendants win dismissals. Last year was no exception: 23 of the 38 cases (61%) won a motion to dismiss.

Unfortunately, all companies are not equally successful when it comes to dismissals. Looking at 2019 results more carefully, the report notes that:

This was in part due to a number of post-approval cases involving state and federal investigations into price-fixing in the generic drug industry.

Another point of discussion in the report is the impact (or lack thereof) of the Cyan decision on life science companies in 2019. Regular readers of this blog will recall that the decision in Cyan ushered in a wave of frivolous Section 11 claims in state courts for many sectors. However, according to the Sidley report, Cyan has not been a big issue for the life sciences sector.

Sidley divides its litigation analysis between companies in the pre-approval stage (clinical trials and pre-clinical studies) and post-approval (launch and product marketing) in part to derive risk mitigation for these two types of companies. 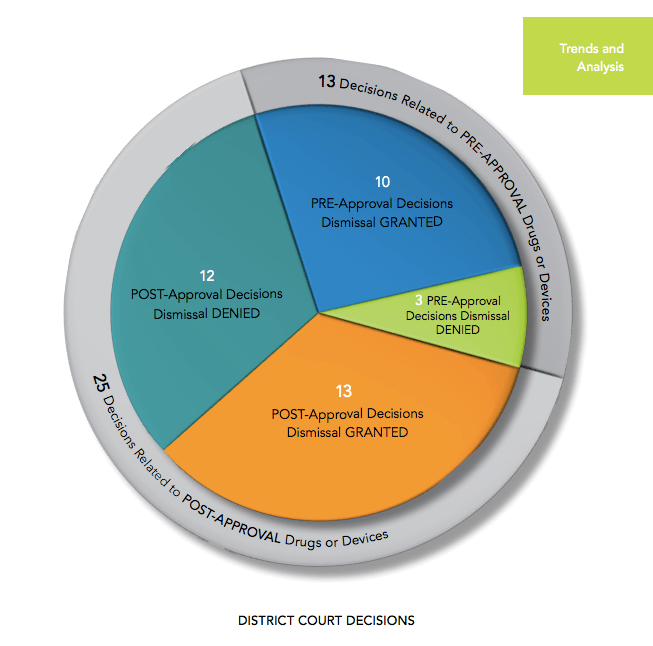 Trends in 2019 litigation for companies in the pre-approval stage included allegations around:

As in past years, several of the 2019 decisions used various applications of the Supreme Court’s 2015 ruling in Omnicare, which I’ve written about previously here. As a reminder, the Omnicare decision explored statements of opinion, holding that there is no Section 11 liability when the issuer believed the statement to be true when made, and did not omit material facts that would tend to undermine the statement.

In 2019, courts held firm on the point of materiality. For example, in Lehmann v. Ohr Pharm., Inc., the Sidley Report observes that, after reviewing the company’s statements of opinions about its trial results, the court “held that the Supreme Court’s decision in Omnicare and related Second Circuit law do not require Section 10(b) defendants to disclose all purported facts that might undermine their projections or opinions. The court held that plaintiffs had failed to establish scienter for similar reasons, and because no allegations suggested that the company had a motive to defraud investors.”

Also heartening for pre-approval stage companies were cases in which courts rejected certain plaintiffs’ efforts to attack trial designs. This in combination with decisions that rejected fraud claims based on adverse events in trials, including death, will be important to the defense of any companies developing vaccines for COVID-19 that run into trouble as they travel down the path of approval.

[a] company may learn of patient deaths or other serious adverse events on an interim basis throughout the trial, but as long as the blind is maintained—and as long the total number of deaths or adverse events is not notably different than expected—the company will not know whether the events occurred on the treatment or the control arm. For that reason, a securities claim based on the premise that the company’s positive public statements were inconsistent with known adverse events will fail at the outset in the context of blinded trials.

Notable litigation for companies that fall into the post-approval stage continued to center on price-fixing in the generic drug industry. The Sidley report highlighted new developments in 2019 in which state attorney generals amended complaints to name additional manufacturers and drugs involved in a “conspiracy to fix prices for generic drugs.”

What was required in cases to plead loss causation based on alleged price-fixing in 2019?

a November 3, 2016 Bloomberg article naming various companies involved in a government price-fixing investigation and stating that criminal charges could be expected by year-end—supported plaintiffs’ allegations of loss causation in two cases but failed to support such allegations in a third. The announcement was sufficient to establish loss causation for pleading purposes in Lannett. The Lannett court rejected defendants’ argument that the stock drop following this disclosure (and others related to the revelation of investigation-related developments) reflected mere market speculation about whether fraud has occurred.

Studying the Sidley report to better understand what makes a company more likely to be sued and less likely to win a motion to dismiss is another helpful step that life sciences companies can take to mitigate their exposure to securities class action litigation.