In our P&C 2020 Looking Ahead Guide, we aim to explain the global property market dynamics that are making for such challenging renewals for insurance buyers. No explanation would be complete without a discussion on alternative markets, a topic worthy of its own post—so here it is.

The nomenclature varies between alternative markets/capital, third-party capital, non-traditional (re)insurance, and the Insurance-Linked Securities (ILS) market. All of these terms reference the same “foreign” participants in our industry, who are an integral part of it.

We’ll talk about what it is, its role in recent catastrophe events, and address common questions we get from insurance buyers. 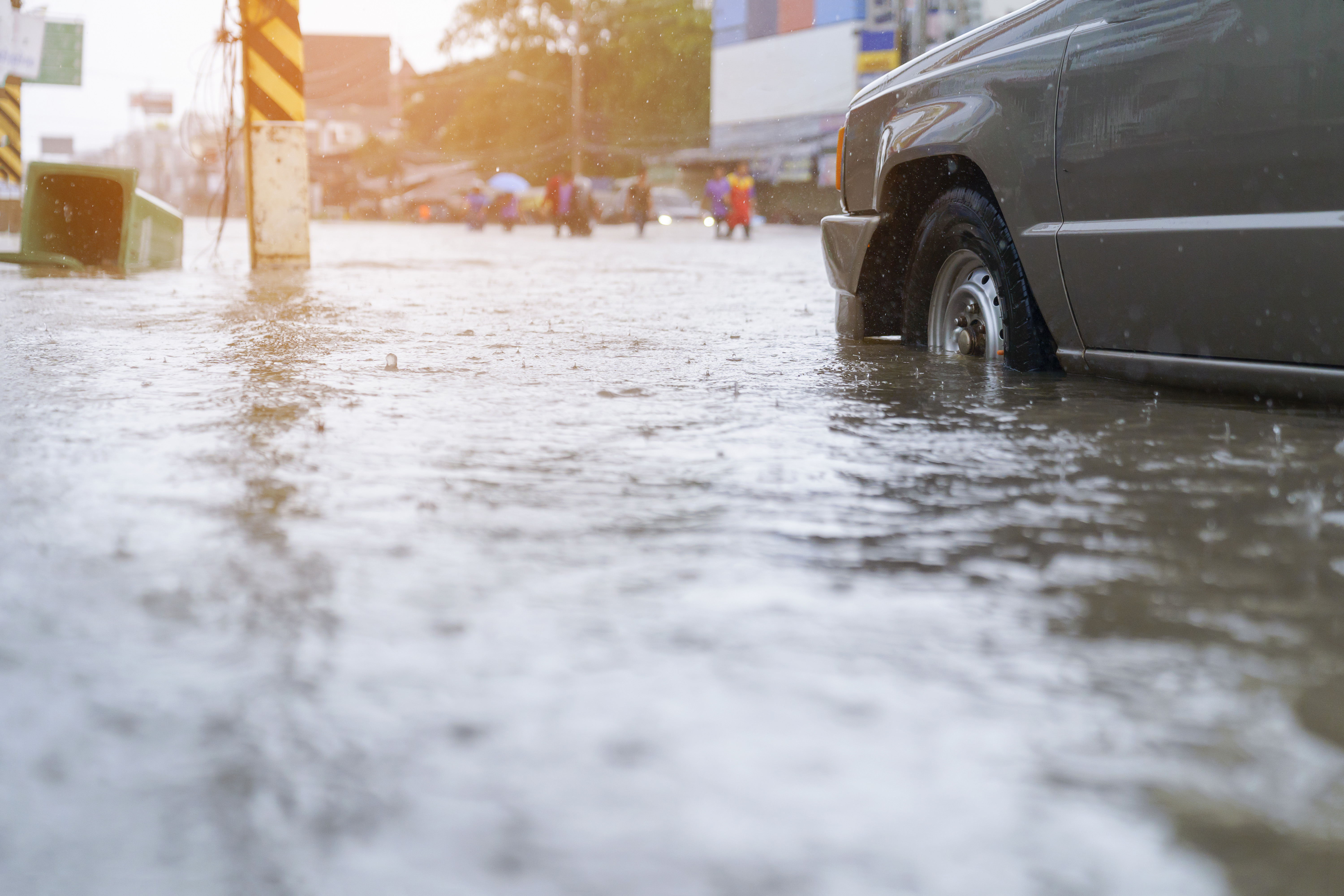 ILS Products At a Glance

Insurance-Linked Securities (ILS) are investment vehicles for insurance risk. An investor can buy shares of a publicly-traded insurer such as AIG, and the share performance will be affected by any number of factors, including financial market conditions.

With ILS, an investor can participate in the actual risk of catastrophes like hurricanes and earthquakes. It offers the investor diversification from the performance of the economy, and higher returns than many other financial products in a low-yield environment. For (re)insurers, it offers cheap, unleveraged, and credit-risk-free capacity, since the full amount of capital at risk is held by the (re)insurer or placed in a designated, protected trust. Common ILS products include the following: 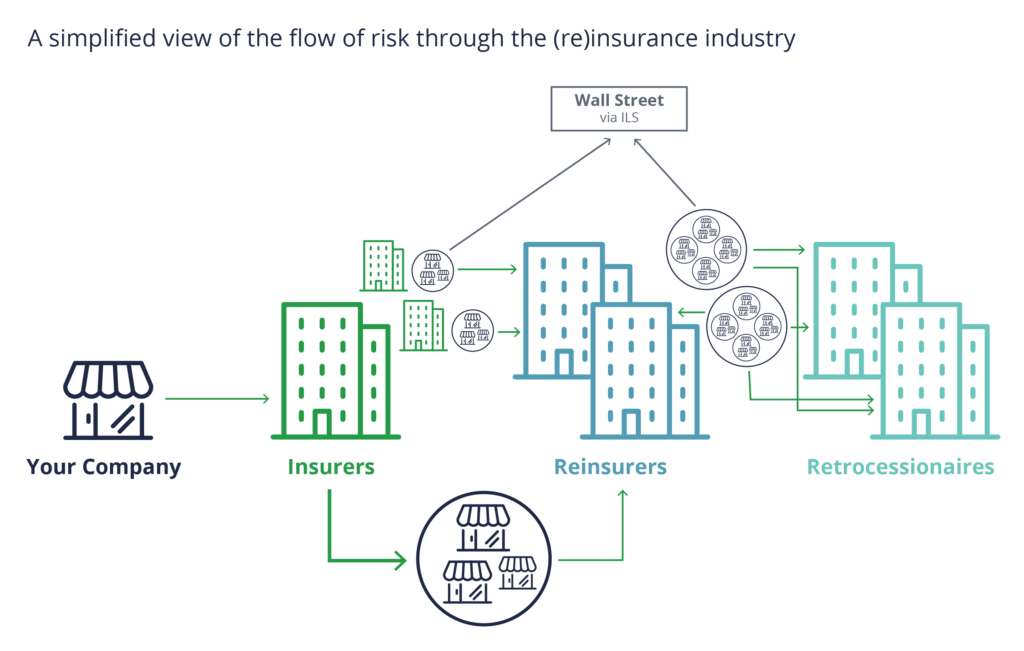 Who Are These Maverick ILS Investors?

You may have a well-rounded, personal investment portfolio, but you’re likely not buying ILS products. The investors of which we speak are large, professional investors like pension funds and hedge funds.

Years ago, we attended part of a Florida Insurance Summit where a panel of traditional and alternative reinsurers were debating the magnitude of a market-turning event. You could practically hear the eye-rolling when an executive of a prominent alternative fund remarked, “We’re supported by the largest pension fund in the world. CalPERS (the pension fund for California government employees) wouldn’t blink an eye at a $300 million loss representing .1% of its funds.”

That was a time when the rivalry between traditional and alternative reinsurers was more palpable as the growth of the ILS market helped to stave off market cycles resulting from capacity ebbs and flows, keeping prices depressed for all. But the fact of the matter is that traditional insurers have benefitted from that capacity with cheaper retrocession (reinsurance for reinsurers) and risk diversification, and most have developed some form of ILS offering themselves. That buy-in further shows how alternative markets disproved long-standing critiques that they would lack the staying power after a large catastrophe.

Putting their Money Where Their Mouth Is

While the credit ratings reflect the inherent risk (most are classified as “junk bonds”), Bloomberg ran an article in September 2018—a year after hurricanes Harvey, Irma, Maria—entitled, “The Catastrophe Bond Business is Booming.” It offered a perhaps surprising stat that the Swiss Re Cat Bond Total Return Index has not posted a negative result since its inception in 2003.

How is that possible? The answer lies within exactly how and by whom the ILS products are typically used. The reason hurricane and earthquake are the leading perils in the ILS space is their ability to be modeled. Probabilistic modeling firms like RMS and AIR aim to assign probabilities to various loss-inducing events and quantify those losses. Catastrophe bonds tend to be used for specific events far out on the loss curve with low probability of occurring but extreme severity. They offer cheap protection for the issuer and fairly comfortable odds for the investor. 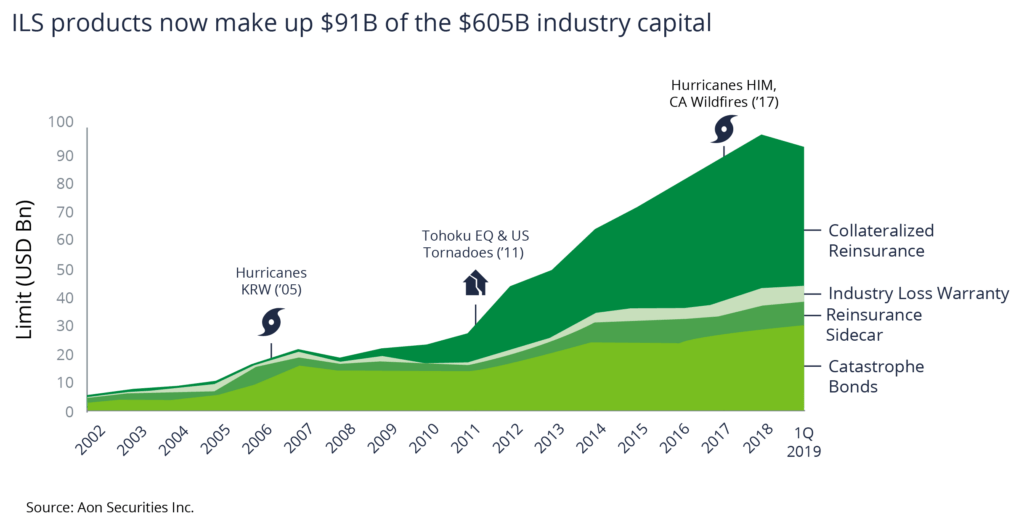 You’ll note the dip in ILS capacity from 2018 to 1Q 2019. One may theorize investors pulled back after losing their principal in the 2017–2018 loss years, but it’s actually the result of “trapped” capacity: investor capital cannot be re-deployed into the market at the end of the agreed-upon term, since triggers for coverage have been met and losses are being calculated. Business Insurance cites Hurricane Michael in Florida and Typhoon Jebi in Japan as examples of events with significant adverse claim development after initial estimates. But make no mistake: all bets are on ILS capacity not only returning to previous levels once claims are settled, but continuing to grow.

Can I Get in on This ILS Action?

We don’t recommend transferring your 401k to an ILS fund. But savvy insurance buyers will rightly wonder whether the ILS market will offer a better solution for their company’s catastrophe risk in this tumultuous market.

Companies with captives can act as insurers, accessing both traditional and non-traditional (ILS) reinsurance capacity. But beware the promise of a golden goose––the pricing breaks the ILS is known for are relative to traditional reinsurance, not primary insurance.

Reinsurance pricing is by-and-large a measure of Rate on Line, or a rate applied to the limit purchased. A reasonable, high-level reinsurance layer price could be 5% ROL on $50 million of limit, which would cost $2.5 million. A lower layer could be 30% ROL on $50 million of limit, costing $15 million. And that’s just for $100 million within a larger tower. Some Florida property writers spend 30% of revenue on reinsurance—and reinsurers are used to working with those kinds of budgets.

Primary insurance is a measure of rate on values, which tends to produce a lower Rate on Line for a similar point in an insured’s loss curve. Of course, all of this is predicated upon the underlying risk portfolio and its modeled loss.

Reinsurers are wary of the severity potential that single, primary insureds can pose through values in single locations and the ensuing business interruption. When they write a piece of an insurance company’s portfolio, they’re taking a piece of many pieces: the effects are watered down. Primary insurers more readily take on the severity potentials of single insureds because they are (in turn) transferring that risk as a part of their portfolio to reinsurers.

So: As difficult as your current placement is, you’re not likely to see a better offer from the reinsurance market, via ILS products or otherwise.

There are always exceptions, and companies with a diversified portfolio covered by a sophisticated captive with a large budget should make the trip to Bermuda and explore what traditional and nontraditional reinsurers have to offer.

For the rest, it’s worth rooting for continued growth in the ILS space, so at least the portion of your risk that’s ceded to reinsurers is done so at a palatable rate.

Taking the Confusion Out of USL&H Insurance