The new year brought a series of ferocious storms that ravaged the California coast for weeks. By mid-January, this so-called “atmospheric river” caused at least eight million Californians to be under flood watch as wind and rain pummeled the state.

According to the California Geological Survey, more than 400 landslides occurred from December 30th through January 15th as heavy downpours lashed the drought-stricken and fire-scarred state.

As experts predict the increased frequency and duration of severe storms throughout the nation due to climate change, home and business owners are grappling with many questions. Chief among them is what is and what isn’t covered by their insurance policies and what they can do to protect their property. 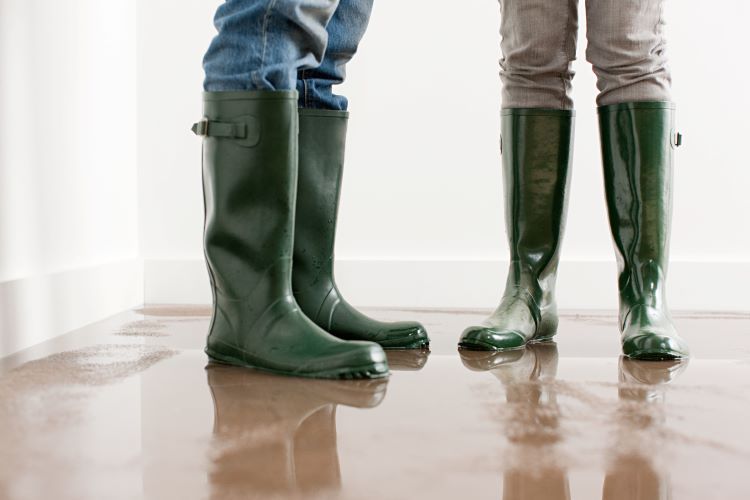 The differences between flood damage, water damage, and sewer and drain back-ups in terms of insurance coverage can be confusing. This article aims to help you better understand the key differences and how they affect your coverage.

What Is Flood Insurance?

The Federal Emergency Management Agency (FEMA) defines a flood as a “general and temporary condition of partial or complete inundation of two or more acres and two or more properties of normally dry land.” The agency states that the causes of a flood include the following:

According to the National Flood Insurance Program (NFIP), a standard flood insurance policy is a single-peril policy that pays for direct physical damage to your insured property up to the replacement cost or the actual cash value (ACV) of the actual damages or the policy limit of liability, whichever amount is less.

Note that you need separate coverage for flood damage to your personal possessions and furnishings inside the property.

The deductible for the flood peril is usually a higher value than the deductible for other perils and/or may be a monetary value or percentage of the reported values, such as 2% or 5%. These higher deductibles and flood zone maps can substantially impact the coverage, and clients experience a higher retention of their loss.

What Is Water Damage Coverage?

This type of insurance typically does not cover damage that results from floodwaters or the property owner’s neglect.

However, there can be some relationship between Mother Nature’s floods and water damage. For example, in most cases, if a heavy storm destroys your roof, the resulting interior damage would be covered by a water damage policy, not a flood policy.

What Is Sewer Backup Coverage?

Another type of coverage that can get confusing during these times of increased severe weather events is the sewer backup coverage on the policy.

The Insurance Services Office (ISO) defines sewer backup as “water that backs up or overflows from a sewer, drain, or sump.” However, if you’ve experienced a sewer backup in your property, you’d probably agree that the term “sludge” might be more accurate than “water.”

Once again, drain and sewer backups are often related to natural events or blockages of the drain line within or outside the property boundaries. However, they may not be covered by flood insurance. It depends on how the “water” enters the building and how well the drainage systems are maintained. Some insurers interpret a blockage outside the property line as a “backup” and a blockage within the property lines as a “fill-up.” Backups are typically excluded unless the policy extends coverage under the sewer and drain endorsement, whereas fill-ups are more likely to be covered as water damage. Coverage is contingent on the proximate cause and location of the backflow.

How Can You Better Protect Your Property from Water-Related Damage?

As severe weather-related events become more commonplace, understanding your insurance coverage is more critical than ever. For example, it’s surprising how many people do not know that standard homeowners’ policies do not cover damage caused by flood events.

Here are a few other areas to consider:

Your property can be at risk even if you don’t live in what is classified as a high-risk area for flooding. In fact, one in three insurance claims come from moderate- to low-risk flood areas, according to FEMA.

If you have questions about your current coverage and how you can better protect your property, speak with your Woodruff Sawyer representative. 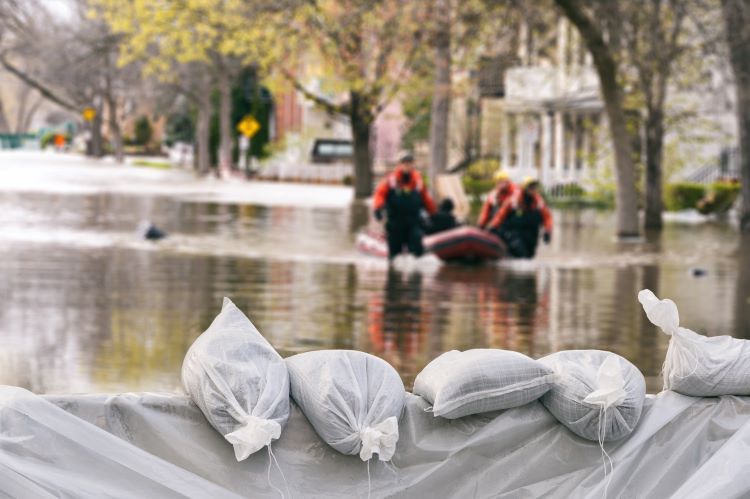 Flooding events have devastated communities and businesses. Read more for guidelines for businesses dealing with flooding. 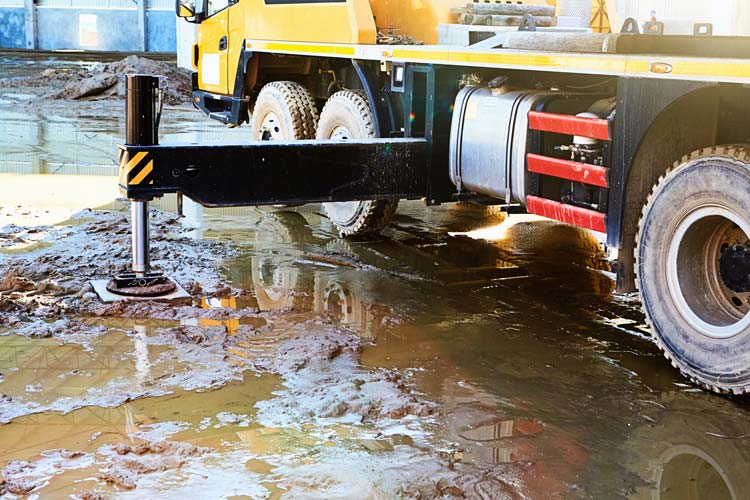 Learn how to identify and mitigate the risks from water damage before and after you finish construction on your latest project.