Reps and warranties insurance (also known as warranty and indemnity insurance) can be a powerful tool in the facilitation of private company M&A, especially if you’re looking to minimize a lengthy or costly escrow.

And while it has been around for some time in the UK and Europe, it has only really gained ground in the US in the past three years as companies are starting to see the tremendous value in it.

As a maturing marketplace with a huge amount of growth potential, let’s look at where this growth is most likely to occur in the future.

In 2011, around 500 reps and warranties policies were written globally. Last year alone, that figure was closer to 1,700. 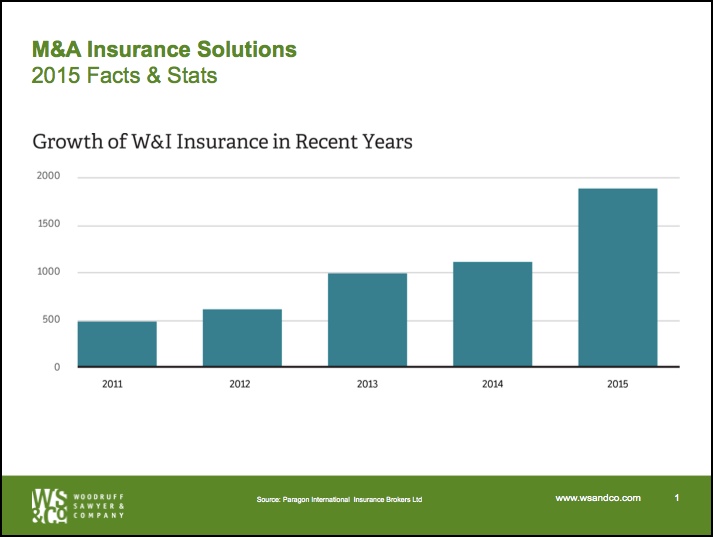 That data hails from Paragon International Insurance Brokers Ltd. and its “M&A Insurance Fact Sheet,” which explores the differences in the adoption of reps and warranties for M&A deals across the US, UK and Europe.

According to reports, 2015 was the biggest year for M&A in a very long time. Could that be why we’re seeing such a rise in the adoption of reps and warranties insurance?

One might come to that conclusion—that we’re not actually seeing an increase in adoption, rather it’s just an increase in M&A activity. But I don’t believe that’s the case.

M&A activity has seen good years and bad during the 2011 to 2015 period, yet the growth in the adoption of reps and warranties over the same period has been consistent.

Going back to the data from the Paragon fact sheet, we can see that North America hosted the majority of buyers of reps and warranties for M&A deals at 40 percent of policies purchased globally in 2015. 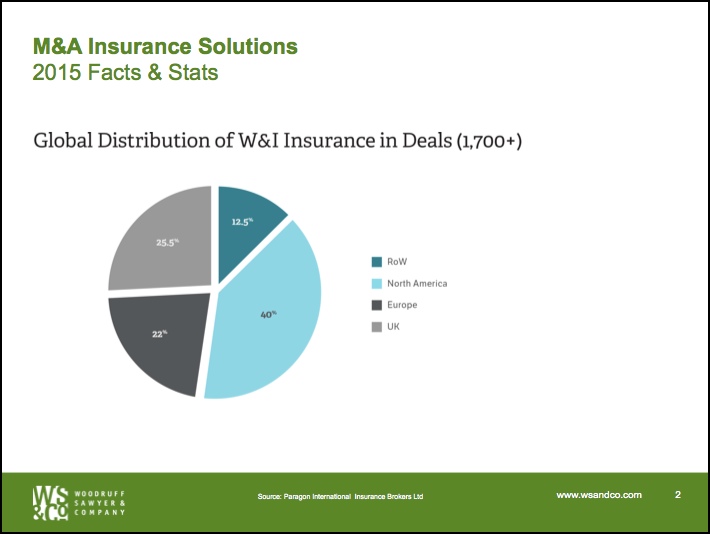 Looking at the figures below, only 13 percent of North America’s M&A deals used this type of insurance, yet it still accounted for 40 percent of all the policies purchased in 2015. 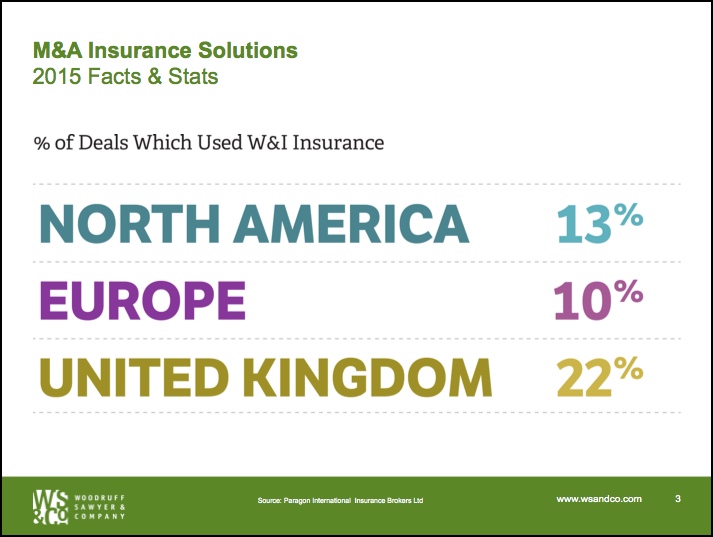 This also means that the US market is one that has the most potential in terms of growth for reps and warranties insurance in the near future.

How Much Reps and Warranties Coverage Are Companies Buying?

Surprisingly, North Americans purchase the smallest amounts of coverage in relation to deal size with a little over 12 percent of the transaction value sought in limits. This is opposed to the UK with a robust 18 percent. 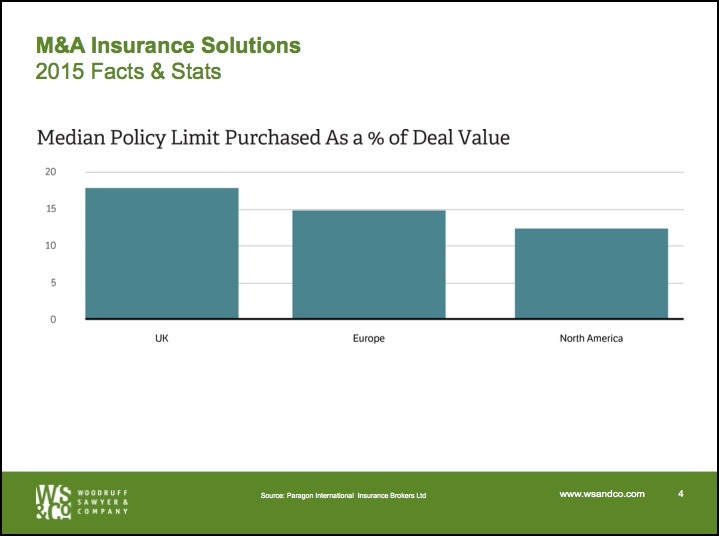 This could have something to do with pricing. The US is more expensive when buying reps and warranties insurance than in other places like the UK and countries in Europe. 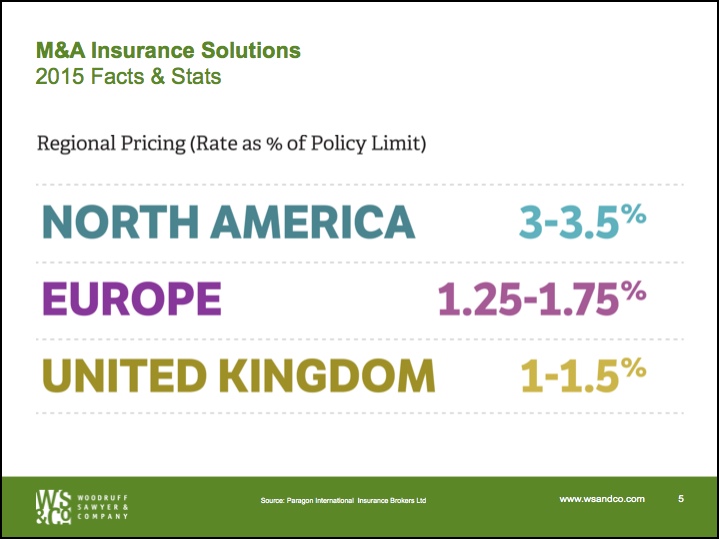 That’s likely because there are fundamental differences between the risk profile of a US M&A transaction and a UK or European transaction.

M&A Transaction Risk in the US and Beyond

The first difference in the risk profile of a US transaction versus abroad is that reps and warranties underwriters routinely provide coverage for multiple damages (double and triple the damages to be awarded) and consequential damages (indirect losses), something that could significantly heighten the value of any potential settlement.

The second difference in the risk profile is that there is generally more of a litigious tone in US deals, and the claims are more diversified than in other countries globally.

According to a report by AIG on a global study of reps and warranties insurance:

On a global basis, the most commonly alleged breaches were reported for financial statements, tax information, and contracts. The U.S. had a slightly more diversified range of breaches reported, considering it was the only region to report alleged breaches in the areas of intellectual property, data, and insurance.

What’s on the Horizon for Reps and Warranties

Yes, there is heightened risk in the US market, but there is also a huge potential for growth, and we’re seeing a number of new underwriters of this type of insurance enter the market in the past 18 months.

Whether these new underwriters in the marketplace will make the policies more competitive remains to be seen, however, it’s clear that everybody is expecting the majority of growth to come from the US, despite the fact that it’s a more expensive product here.

Because of the rapid change in this market, it’s worth keeping in touch with your broker. What we are able to write one month in reps and warranties insurance may not be the case the next.

Pricing changes, minimum retentions change and so on. So choose a broker who has a strong relationship with the market, so that you can keep up with it as it changes.

One thing we do know for certain, though, is that anyone who is involved in an M&A transaction should become educated on the benefits of the reps and warranties product. The rate of adoption of this insurance to facilitate M&A deals is so high that you’re at a decided disadvantage if you don’t use it.