In mid-December, I had the pleasure of sitting down with Doug Ellenoff, founding member of Ellenoff Grossman & Schole, which has been in the SPAC market since the beginning. Doug is my go-to authority on SPACs (special purpose acquisition companies), so I wanted to get his insights on what’s happening in the current market and what awaits us in 2023. 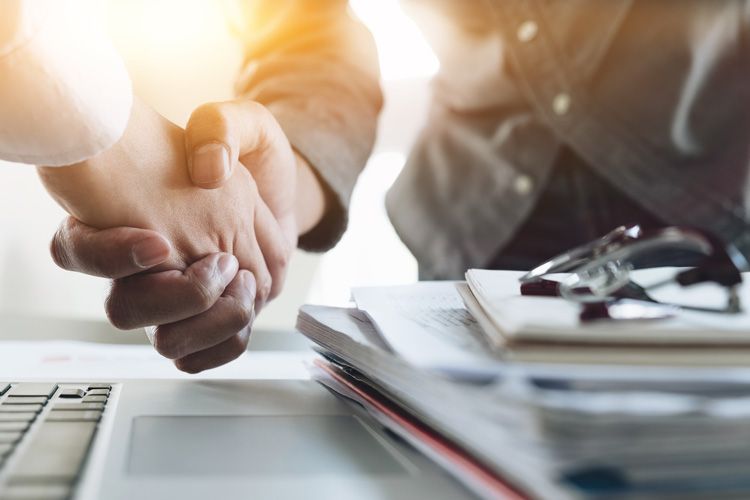 Below are some highlights from our conversation. You can also listen to the full discussion here.

A Bumpy Year for SPACs

Yelena Dunaevsky: As you know, the SPAC market has been through a few bumps this year. Would you review some of the difficulties that we’ve run into?

Doug Ellenoff: There were a lot of issues coming into the year, and things got further confounded and compounded by the SEC’s proposed rules. When you marry the excesses of the market that were carried into 2022 along with a regulator that really went out of its way to further disrupt the market, it’s been a very difficult year.

We saw a nearly 85% to 90% decline in the SPAC IPO market, which was no surprise given that it started to trail off after the first quarter of 2022. Then we had to make sure that those SPACs that were already in the marketplace had the best opportunity to be successful in pursuing their primary purpose—identifying interesting business combinations and successfully concluding those deals.

I do think we need to emphasize that nearly 100 business combinations will successfully conclude in 2022. And to the extent you take the chairman of the SEC at his word that a SPAC business combination (also known as a reverse merger) is like an IPO, that means there’ll be four times as many business combinations that help transition private companies into the public market versus traditional IPOs. I will take that as a win.

What About the International SPAC Market and Current SPAC IPO Numbers?

Yelena Dunaevsky: I’m curious to get your thoughts on the non-US markets and your takeaways from the recent SPAC conference in London.

Doug Ellenoff: I’d say it was reasonably well attended. The overall narrative was that SPACs are taking private companies public and serving a definite function in the marketplace. But SPAC IPOs have had a slowdown this year, and it’s appropriate that the first half of the year saw the vast preponderance of SPAC IPOs.

Yelena Dunaevsky: We had similar advice for our SPAC teams that were debating getting into the market this year, but it sounds like you think there will be an uptick in IPOs in Q3 of 2023. Is that right?

Doug Ellenoff: We need to put all this in a framework. If we close 100 business combinations in 2022 and have 150 letters of intent (LOIs) that are rolling over into next year, we still have an imbalance where we need to reduce the overall population of listed SPACs. That’s because when you marry the 85-plus SPACs that have been formed in 2022 with another class of 2023 SPACs, we don’t want to get too far ahead of ourselves again. I’d rather see fewer SPACs in 2023 than there were in 2022, just so we can even out.

The Search for Successful Business Combinations

Yelena Dunaevsky: We’re all looking for a lot more successful business combinations in the next few months.

Doug Ellenoff: Yes. We did see a decline of the original SPAC business combination pricing from $10 to less than $5 on average. But you also saw several small business buyouts by strategics that saw that the price of some of these deals got too depressed. So, I think that of the many SPAC acquisitions that got done this year, last year, and to some degree the year before, you’ll see some of those deals get taken out—whether it’s a buyout by the sponsor, by a strategic, by another group, or you’ll just see year-over-year price increases off real lows.

And the last piece is that valuation resets overall have been so extreme—not just for those deals that are in the marketplace, but for when SPACs are looking to do acquisitions. A drastic decrease in the number of IPOs also puts pressure on the targets to accept a reasonable valuation from the SPACs. So, overall, those deals should perform better than they did in 2022.

Yelena Dunaevsky: The valuations are down not just in SPAC world, but across the M&A market, where I do a lot of work with reps and warranties insurance. I’ve seen significant declines in purchase prices and valuations negotiated by my PE and strategic clients who are acquiring private companies.

Doug Ellenoff: Also, the composition is going to change from aspirational pre-revenue deals to more mature businesses that have proven their business models.

How Are the Proposed SEC Rules Playing Out?

Yelena Dunaevsky: The SEC’s proposed rules are still pending. The longer they sit, the more uncertainty there is for the players in the market. Any sense of what’s going to happen?

Doug Ellenoff: I think there’s a positive element to how long it is taking for the rules to be finalized. It could be an indication that there is internal disagreement at the SEC about whether some or all of those proposed rules should actually be approved. There are earnest people at the SEC who are concerned about the SEC and its reputation and don’t want to be subject to another challenge like Ripple about what is and isn’t a security in that case. And they are concerned that they’re not on strong footing.

How Has the Multiplan Settlement Affected the Market?

Yelena Dunaevsky: MultiPlan settled for $33.75 million, and there have already been numerous copycat filings. Will this case set off a wave of copycat litigation down the road?

Doug Ellenoff: I don’t think MultiPlan ends up sending a smoke signal to the rest of the plaintiff’s bar that there’s easy money to be made here.

Even though the case didn’t get dismissed on the motion to dismiss that we were all hoping for, I think it’s clear that a $33 million settlement versus a multi-billion-dollar transaction is not a bad outcome.

There’s more to this story than we knew, which doesn’t surprise me, and therefore they settled it. So no, I don’t believe plaintiffs will walk away from that settlement and say that this is a good place to bring a lot of actions.

Yelena Dunaevsky: With SPAC litigation in general, I for one, was surprised that there were not as many SPAC-related securities class actions (SCAs) this year as I had predicted. We are currently up to 23 SCAs in December of 2022 compared to 33 last year. I attribute this to the SPAC market self-correcting over the last couple of years and to the increase in sophistication of the SPAC market participants and their advisors. The other factor, of course, is the overall decline of the market. It is much harder to bring a lawsuit against a particular SPAC or deSPAC for a stock price drop or underperformance when all companies in the market are not performing well.

Doug, what are your thoughts on SPAC litigation and enforcement actions in general?

Doug Ellenoff: For all of SEC’s repeated admonitions of the SPAC market, how many enforcement actions have you seen related to projections?

Yelena Dunaevsky: Not more than a handful, if that. Note: Look for our year-end analysis of 2022 SPAC litigation and enforcement data in the next SPAC Notebook article, coming out at the end of January.

Doug Ellenoff: There have been some bad apples, but I take your point on the SPAC market self-correcting. Do we need more SEC rules on top of the already existing and thorough disclosure rules to accommodate for a handful of bad situations? Likely not.

Yelena Dunaevsky: Are you anticipating any need for changes in the structure of the SPAC vehicle?

Doug Ellenoff: In addition to the regulatory side of it, there are always people who try and come out with new structures. Evercore did, Goldman Sachs did years ago, and somehow the two and 20 structure still survives. Everybody recognizes it realistically as an ask that then gets negotiated at the time of the actual business combination because not all business combinations are the same.

I don’t think that’s going to change. There may be some marginal changes around the edges, for example, in how you compensate directors as a result of the MultiPlan decision, but major changes are not necessary. We are working on a couple of new structures that we will introduce when the time is right.

Yelena Dunaevsky: Any final thoughts on the current and future SPAC market?

Doug Ellenoff: My father used to say, never make long-term decisions when things are really, really good or really, really bad. And we’ve had both extremes in the last 24 months.

I think we’re going to go back to a more normalized environment over the next 12 to 24 months. I look forward to it. 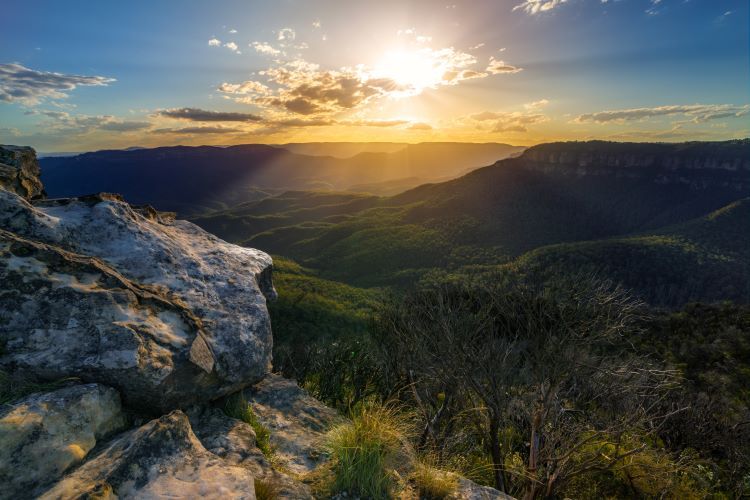 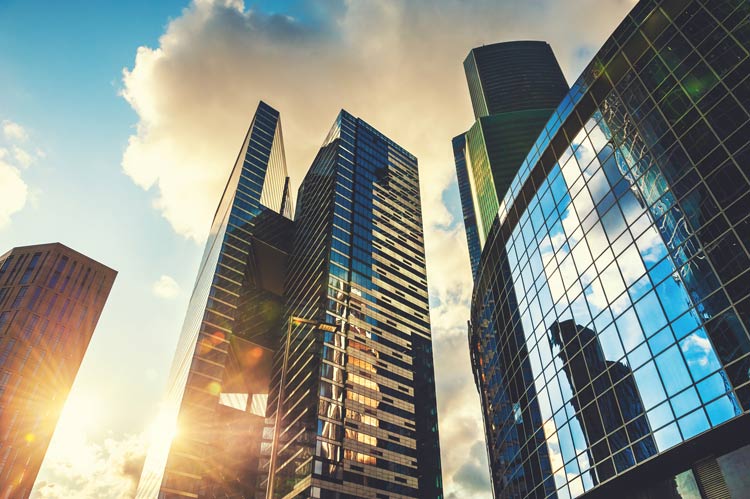