Lawsuits filed in state court against IPO companies alleging violations of Section 11 of the Securities Act of 1933 have been a problem for a few years now, especially (but not only) in California.

I recently wrote about how this problem is migrating from IPO companies to more mature public companies engaged in M&A activity. There was some hope in 2018 that the Supreme Court of the United States would rule that such cases could only be brought in federal court.

Regrettably, these hopes were dashed by the Supreme Court’s decision in Cyan v. Beaver County Employees Retirement Fund. In this decision, the Court affirmed that nothing in the securities laws restricted Section 11 cases to federal court. As a result, Section 11 suits can be brought in all 50 states. 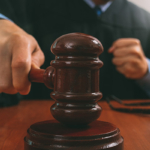 Ideas for how to address this problem have been discussed at length. One promising idea was the Grundfest Solution, named after Professor Joe Grundfest of Stanford University who created the concept.

Unfortunately, in December 2018, the Delaware Court of Chancery issued a decision holding that the federal forum selection provisions are ineffective under Delaware law.

A stockholder, Mr. Matthew Sciabacucchi had purchased shares in three new public companies, Blue Apron, Roku, and Stitch Fix, which had adopted the federal forum selection provisions in their certificates of incorporation. He then filed a derivative suit against the companies, seeking a declaratory judgment invalidating these provisions as a matter of Delaware law.

Vice Chancellor Travis Laster agreed with the plaintiff that the federal forum selection provisions were invalid:

In Boilermakers, (note: Boilermakers is the name of the Chevron case we’ve written about here and here) Chief Justice Strine held while serving on this court that a Delaware corporation can adopt a forum-selection bylaw for internal-affairs claims. In reaching this conclusion, he reasoned that Section 109(b) of the Delaware General Corporation Law (the “DGCL”), which specifies what subjects bylaws can address, authorizes the bylaws to regulate “internal affairs claims brought by stockholders qua stockholders.” But he stressed that Section 109(b) does not authorize a Delaware corporation to regulate external relationships. The Boilermakers decision noted that a bylaw cannot dictate the forum for tort or contract claims against the company, even if the plaintiff happens to be a stockholder.

The opinion went on to discuss internal versus external claims:

The Boilermakers distinction between internal and external claims answers whether a forum-selection provision can govern claims under the 1933 Act. It cannot, because a 1933 Act claim is external to the corporation. Federal law creates the claim, defines the elements of the claim, and specifies who can be a plaintiff or defendant. The 1933 Act establishes a statutory regime that applies when a particular type of property—securities—is offered for sale in particular scenarios that the federal government has chosen to regulate.

The opinion also talked about Delaware’s authority to regulate this matter for Delaware corporations:

But Delaware’s authority as the creator of the corporation does not extend to its creation’s external relationships, particularly when the laws of other sovereigns govern those relationships. Other states exercise territorial jurisdiction over a Delaware corporation’s external interactions. A Delaware corporation that operates in other states must abide by the labor, environmental, health and welfare, and securities law regimes (to name a few) that apply in those jurisdictions. When litigation arises out of those relationships, the DGCL cannot provide the necessary authority to regulate the claims.

The defendants have not announced whether or not they will appeal the Chancery Court’s decision.

Given that the Supreme Court didn’t decide the way we hoped in Cyan, corporations are running out of options for how to address the ongoing problem of Section 11 suits filed in state court.

Unless and until Congress takes this up, and absent a reversal by the Delaware Supreme Court, expect elevated prices for IPO company D&O insurance, and perhaps also for public companies, for some time to come.