A lot of companies are thinking about moving to Side A-only D&O insurance in light of the very high cost of D&O insurance programs today. It is certainly one way to save money. The question that we often get is: When purchasing a Side A-only D&O insurance program, how much in limits should one buy? A review of the recent, big settlement cases is instructive, both in helping companies to think about their scope of risk as well as understanding what steps boards can take to avoid facing high-dollar settlements. 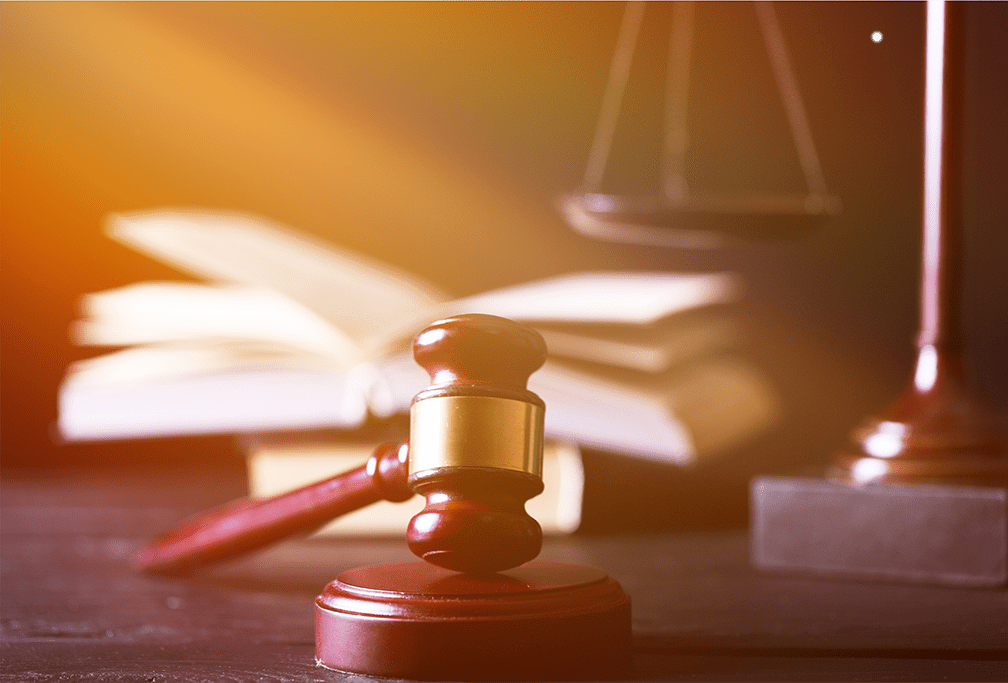 Purchasing Side A Insurance and Determining Limits

With rare exceptions, companies that can otherwise self-insure (or use a captive for D&O insurance) will nevertheless purchase Side A insurance because Side A can respond when a claim is not indemnifiable. In the United States, this is most commonly corporate bankruptcy or the settlement of breach of fiduciary duty suits brought derivatively.

As a result, when a company asks how much Side A insurance to purchase, the real question is how should a company think about the size of a potential derivative suit settlement against its directors and officers?

Large dollar settlements related to derivative suits seem to be on the rise. In addition, insurance carriers are worried not only about large payouts but also the large number of open cases that haven’t yet settled. 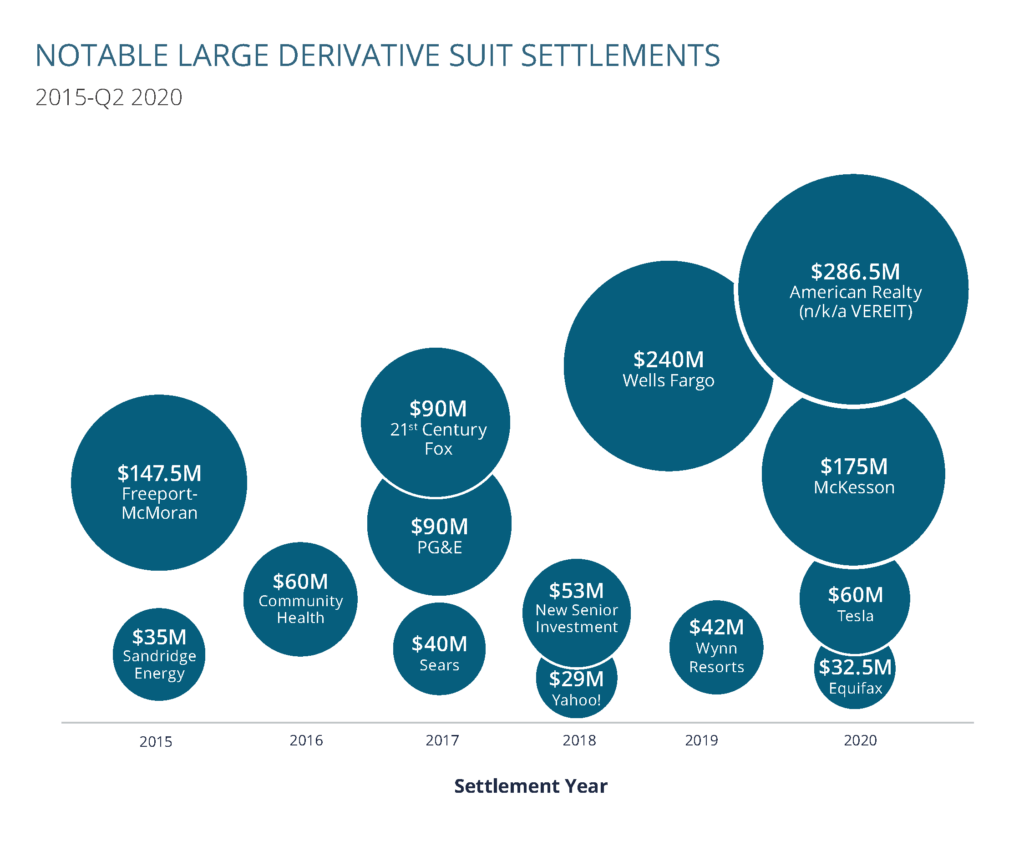 The nature of derivative suits makes it challenging to determine how much Side A insurance would be enough to settle a derivative suit for any given company. Unlike with securities class action lawsuits, there are not clear, externally observable factors that can help determine a reasonable range of potential settlements before a claim actually arises.

Specifically, with securities class action lawsuits, plaintiff recoveries are highly correlated to a company’s market capitalization, the number of shares in the public float, and the size of a stock drop. There are no similar externally observable factors with derivative suits.

While it is observable that it is the larger, better known public companies seem to be ones hit with high-dollar derivative suit settlements, it is useful—and important–to remember that not all derivative suits lead to high dollar (or even any dollar) settlements. Indeed, the vast majority of derivative suits settle for promises to make corporate governance or other changes (sometimes referred to as “corporate therapeutics”) and plaintiff attorneys fees that can be paid by the company if insurance is not available.

Data from Woodruff Sawyer’s D&O DataBox shows that about two-thirds of all securities class action suits will also have an accompanying derivative suit. The overwhelming majority of these cases will settle for relatively small amounts of plaintiff attorney fees.

That said, a review of large dollar derivative suit settlements reveals that there are five categories of suits in which a large dollar settlement may be more likely. 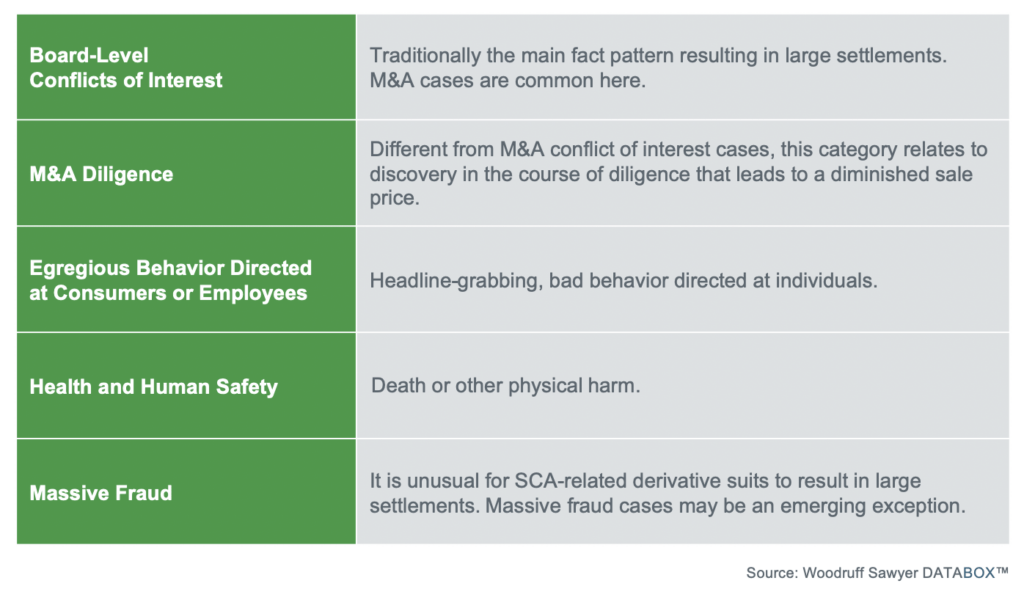 Traditionally, this has been the main type of derivative suit that has resulted in large settlements. Merger and acquisition cases are common here. Examples of these types of suits include Tesla and New Senior REIT.

Defendants settled for $60 million in a case that challenged the company’s acquisition of solar panel installer, SolarCity–a company that Tesla CEO Elon Musk founded with his cousins. The complaint alleged that the deal inappropriately benefited Musk, his cousins, and Tesla directors who owned stakes in SolarCity.

Defendants settled for $53 million in a lawsuit that alleged conflicts of interest in the acquisition of senior living properties. The suit claimed that the deal benefited the executives involved while shareholders lost more than $100 million.

Remember: Delaware’s view of what constitutes director independence continues to narrow. Marchand v Barnhill et. al. provides useful instruction when it comes to director and independence and the view of the Delaware Court of Chancery, the premier business court in the United States.

This type of derivative suit relates to discovery in the course of an acquiror’s due diligence that leads to a diminished sale price. Examples include Yahoo and Freeport-McMoRan.

Yahoo was the first-ever monetary settlement in a data breach derivative suit at $29 million. Yahoo shareholders claimed that directors breached their fiduciary duties because they knew of the data breach but failed to report it or implement security measures, a failure that led to Verizon cutting its purchase price by $350 million.

While this $138 million settlement was primarily a suit that concerned conflicts of interest, an important and difficult element of the case was alleged errors by Credit Suisse in the financial modeling they did for the deal.

These types of suits involve headline-grabbing bad behavior that impact individuals such as the MeToo Movement or massive data breaches. Examples include Wynn Resorts, Wells Fargo, and Equifax.

Steve Wynn of Wynn Resorts settled for $41 million in a derivative suit alleging sexual misconduct on his part over a 20-year period. This is just one of the many #MeToo cases that have swept Corporate America.

Defendants settled for a whopping $240 million in a lawsuit that alleged Wells Fargo directors breached their fiduciary duties for failing to stop bank employees from creating fake accounts on behalf of customers without their knowledge to boost sales figures and qualify for bonuses.

Defendants settled for $32.5 million in a derivative suit related to its cyber breach that compromised more than 140 million American’s personal and sensitive information. This particular incident spurred other lawsuits and investigations, including insider trading allegations.

This type of derivative suits involves death or other physical harm to the public. Examples include McKesson and PG&E.

Defendants settled for $175 million in a derivative suit that claimed the board didn’t have adequate oversight and ignored multiple red flags over suspicious opioid distribution, ultimately fueling the nation’s opioid crisis.

Defendants settled for $90 million for a natural gas pipeline explosion and fire that killed eight people, injured many more, and destroyed 38 homes. The suit alleged that directors and officers of the company failed to maintain the safety of the pipeline or keep accurate records about it.

Note that this type of derivative suit litigation (sometimes referred to as a Caremark claim) may be particularly susceptible to increased activity in the future. This is due to a recent series of cases, starting with the 2019 Delaware Supreme Court Marchand v. Barnhill decision (also known as the “Bluebell Ice Cream” case), and including the Delaware Court of Chancery cases Clovis Oncology, Inc. Derivative Litigation and Hughes v. Hu (involving Kandi Technologies).

This series of recent cases underscores the role that the board has when it comes to corporate risk oversight, and also has useful lessons for boards seeking to avoid liability for these types of claims.

As mentioned earlier, approximately two-thirds of securities class action suits have related derivative suits with no significant dollar settlement. However, big fraud cases may be an emerging exception, such as in the case of American Realty.

As one of the largest settlements in a derivative suit to date, American Realty defendants settled for nearly $287 million for alleged intentional fraud to deceive the market and artificially inflate prices. The related securities class action lawsuit, which included allegations of intentional fraud in the company’s financial statements, settled for more than $1 billion. The fraud was so egregious that the company’s former CFO was sentenced to jail.

Sizing Your Company’s Side A D&O Insurance Tower

A first step to determining how large a company’s Side A-only insurance program should be is a review of the big dollar cases with an eye to the categories that are relevant to your company, as well as keeping an eye on this area of evolving litigation. The cases described in this article demonstrate that company’s size matters, as does the nature of the allegations brought against it.

Another observation is that the risk in some of these suits can be mitigated with good corporate governance. Of course, there is no magic pill against fraud or other types of corporate bad behavior. But in reviewing the cases in this article, we see that boards that fail to provide appropriate oversight and/or fail to document their oversight well are more likely to be hit with big dollar settlements. For this reason, as important as having an appropriately sized Side A insurance program is, good corporate governance is clearly just as important.

Side A Insurance Overview for Directors & Officers

Learn more about how derivative suit litigation is impacting the cost of Side A insurance, what Side A insurance coverage is, and how much of it you may want to purchase.