As one of the largest insurance brokerages in the life sciences industry in the country, Woodruff Sawyer knows firsthand that life sciences companies face some tricky industry-specific risks. For example, qui tam suits are prevalent more so in this sector than others, and can easily end up implicating a company’s directors and officers. 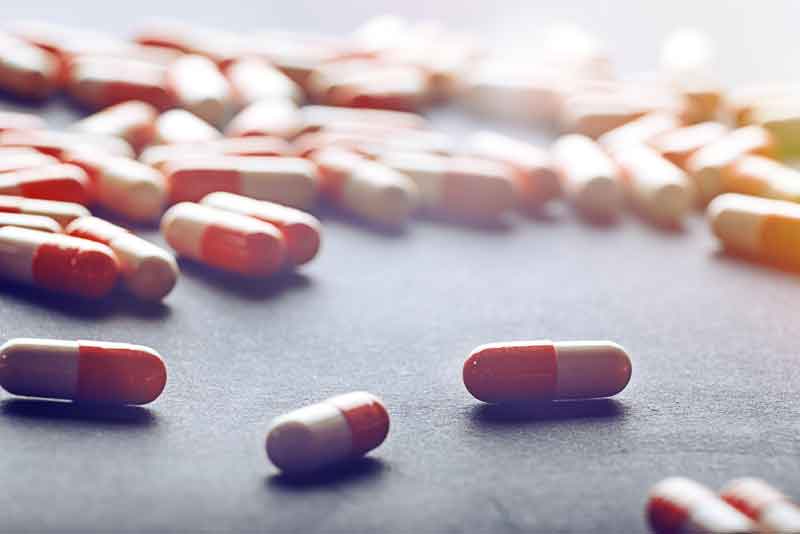 It’s also often the case that younger stage life sciences companies will be facing things like an FDA approval process. When trials don’t work out and approvals are not granted, the company in question is at risk for shareholder litigation.

Recognizing that life sciences litigation has some unique characteristics, Sidley Austin LLP publishes an annual survey focused on this sector, the “Securities Class Actions in the Life Sciences Sector” report.

This report serves as a valuable resource for life science companies that want to understand where other companies in this space are being challenged when it comes to securities class actions.

The cases highlighted in the report examine companies that ran into some sort of development difficulty, complication or disappointment. When the news becomes public, the stock price, of course, falls. The subsequent effort by plaintiffs to recover their investment losses through litigation surprises no one.

As the report notes:

Such setbacks can, of course, occur at any stage of a company’s development, but in the life sciences sector . . . the setbacks are clustered in a few obvious stages of a company’s life cycle.

The report is especially useful because it organizes the information in a way that reflects the pertinent inflection points for risk during the life cycle of a life sciences company.

This latest report looks back at 2015 and examines trends in litigation against life sciences companies based on the stage of drug or device development in the: 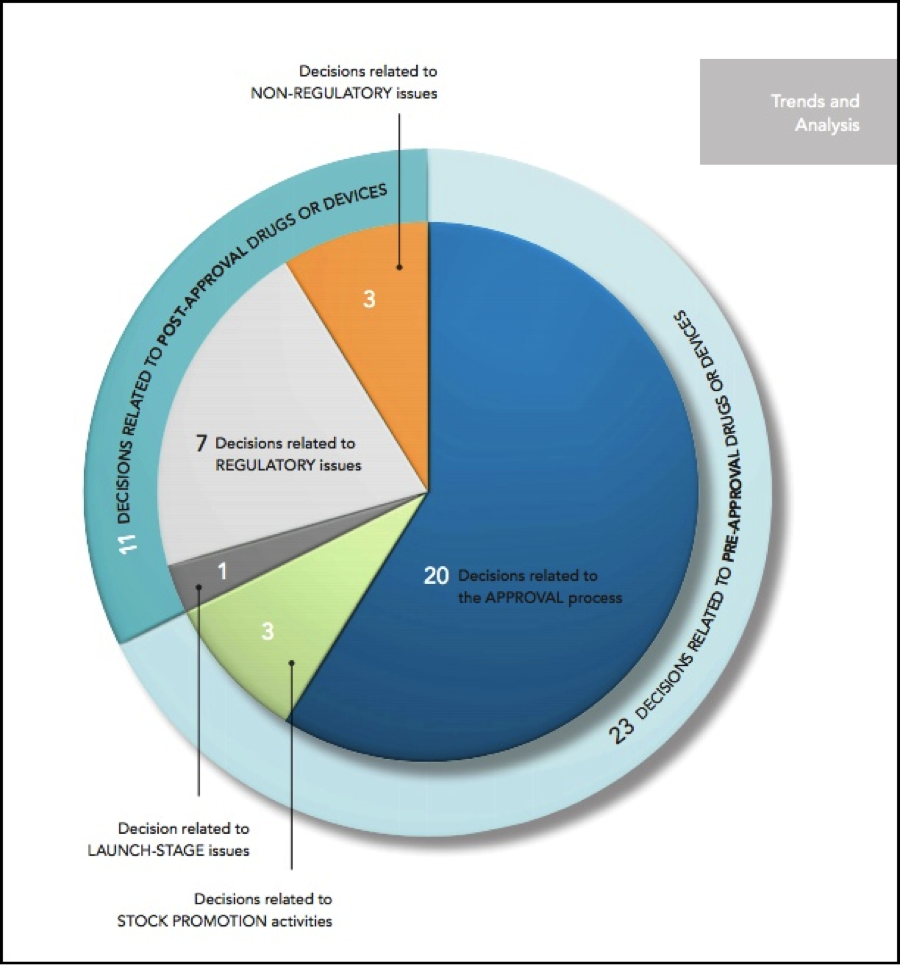 According to the report, in 2015, there were 39 securities class actions filed against companies in the healthcare sector. Twenty-four were filed against development-stage companies.

Good news for defendants: Most of the decisions involving cases in the pre-approval stage were in favor of the defendant companies. From the report:

In contrast with the 2014 decisions, which split evenly between victories for companies and victories for plaintiffs in this area, the 2015 district court decisions broke decisively in favor of defendants, with a total of 14 victories

on motions to dismiss or summary judgment and only three losses in the decisions catalogued below. Appellate decisions were more evenly split, with two victories for defendants in unpublished and fairly cursory decisions and one win for plaintiffs in a more fully analyzed published opinion.

In 2015, we saw the largest number (23) of court decisions involving life sciences companies that had products in the pre-approval stage. The plaintiffs in several of those cases alleged that the companies had hidden the risks that the drug would not be approved or the trial wouldn’t succeed.

In those cases where the defendants prevailed, the courts looked to the larger body of public company statements to conclude that the companies hadn’t hidden information from their shareholders.

Moreover, the Sidley report points out that the court stated that companies were not obligated to highlight in their public disclosures every comment or concern by regulators during an approval process.

In their opinions, the courts found themselves addressing the Omnicare decision when considering statements that were opinions. As we know from Omnicare, a statement cannot be false if it was believed to be true at the time it was said.

In 2015, three unusual cases arose. These cases involved life science companies with products in the development stage allegedly paying authors to write favorable articles about the company and its products.

In only one of the cases (Galectin) were defendants able to prevail on a motion to dismiss. From the report:

The critical distinction between Galena and CytRx on the one hand and Galectin on the other appears to be that plaintiffs in Galectin did not allege that the company had ultimate authority over the content of the paid articles. The Galectin court held that there is nothing inherently improper in paying for favorable coverage, and that even if a duty to disclose payment terms was breached, that duty belonged to the writers of the articles, not to the company.

From the report we see that in two of these cases, not only were the companies’ directors and officers sued, but also the investor relations firms and writers of the statements in question.

If You’re a Life Sciences Company …

As you’re probably aware, life sciences companies face many of the same risks that other companies do, but those risks are amplified by the nature of the industry.

Because the stakes are so high for early stage companies, caution in public communications is warranted, especially when you’re trying to raise capital.

It’s also appropriate to consider putting in place robust indemnification agreements and appropriate D&O insurance, even as a private company. Finally, if you’re on the verge of an IPO, be sure to read Woodruff Sawyer’s guide on how to manage risk leading up to your IPO here.