If you are serving as an officer or director of a public company (or a large private company), it has never been more important to make sure that you have an aggressively protective personal indemnification agreement.

Why? The dynamics of the D&O insurance market can lead to an expensive problem for individual directors and officers. The good news is that robust indemnification agreements can provide an excellent solution. 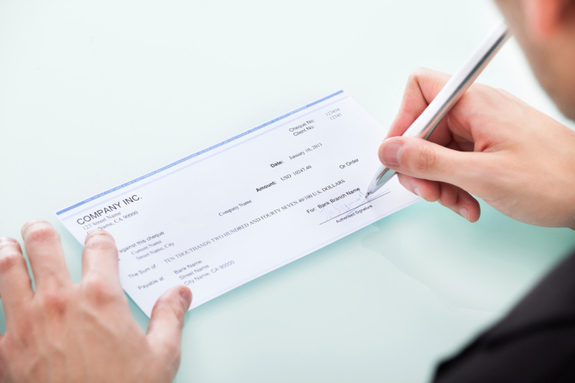 As I discussed last week, D&O litigation continues to rise in frequency and severity. As readers of this blog know, the cost of D&O insurance for late-stage private companies, mature public companies, and IPO companies has been on the rise.

When discussing the cost of D&O insurance, most laypeople focus on the premium. There is, however, another element of cost to consider: the self-insured retention or “SIR.”

An SIR is often described as “like an insurance deductible” but the difference between the two is important. In simple terms, if a policy has a deductible, the total amount paid out under the policy will be reduced by the amount of the deductible.

By contrast, if a policy agreement has an SIR, the SIR amount has to be paid and applied toward the covered loss by someone other than the insurance carrier before insurance will pay anything.

It is only after the SIR has been exhausted that the insurance carrier is obligated to start making a payment pursuant to the policy. Typically, it is a director or officer’s company that pays the SIR by bearing initial costs such as the cost of advancing legal fees to directors and officers.

What Happens if a Company Doesn’t Pay the SIR?

The reason for nonpayment matters. If a company is bankrupt, good D&O insurance policies have insuring agreements that allow the policies to respond without the SIR.

This type of insuring agreement is typically referred to as “Side A” insurance. The idea here is to protect directors and officers from having to pay the SIR personally if the company cannot due to bankruptcy.

It’s a different situation if the company is solvent but just doesn’t want to pay the SIR. For example, maybe the person being sued left the company on poor terms.

If an SIR is modest, it’s still not a great situation, but it’s less of an issue. The thinking is that an individual could always just pay the SIR personally. While no individual director or officer wants to pay the SIR, a few tens of thousands of dollars is probably not a catastrophic event for the type of professional that serves on the board of a public company or a late-stage private company.

As SIRs get larger, this sanguine attitude begins to dissipate. For example, consider that the average SIR for IPOs that went out towards the end of 2019 was more than $10 million. That’s a large nut for any individual director or officer to cover.

There is also the other side of the issue: What happens if litigation is ongoing, but the full D&O insurance policy limit has been exhausted?

This can happen when a company buys too little insurance, the chance of which certainly increases when the cost of D&O insurance makes it ever less affordable for companies.

This is where a good personal indemnification agreement can save the day.

When properly structured, these agreements provide broad protection so that individuals have the right to hire a lawyer at the company’s expense from the moment they need protection, be it because they’re being investigated (including informally) by a regulator, accused of wrongdoing in a suit, or called as a witness in a case.

In a world where self-insured retentions are so high that it might realistically be years before a D&O policy responds, it is the indemnification agreement that governs a company’s obligations to defend an indemnitee.

Also, if the company purchased inadequate D&O insurance and it runs out, so long as the company is still solvent, a good indemnification agreement will ensure legal fees are advanced and settlements are paid by the company and not the individual directors or officers.

Why Don’t All Directors and Officers Have Robust Indemnification Agreements?

1. Directors believe their company’s corporate bylaws will indemnify them to the fullest extent permitted by law.

While it may be true that corporate bylaws claim to indemnify directors (and in some cases officers) “to the fullest extent permitted by law,” these bylaws can be lacking when it comes to process details.

I’m talking about basic concepts such as how many days the corporation has to advance legal fees. I’m also talking about nuanced concepts like what is the presumption when it comes to whether a director acted in good faith, and what is the impact of something like a plea of nolo contendere by an indemnitee.

The issues of extremely large SIRs and D&O insurance being so unaffordable that a company might choose to underinsure, of course arise when the D&O insurance market is challenged.

Aside from SIR and cost issues, there are still other reasons why individual directors and officers will want to insist on having robust indemnification agreements.

Certainly, it is true that expert D&O insurance brokers work hard to make D&O policies as broad as possible. However, D&O insurance policies are by their nature negotiated at arms-length with a third party.

In other words, there are exclusions and limitations on the coverage that may not exist in a personal indemnification agreement.

In addition, D&O policies are negotiated annually, and terms and conditions can change for the worse. With indemnification agreements, corporations cannot unilaterally amend them to the detriment of directors and officers without their consent.

Moreover, there is the possibility—remote in most cases—that your insurance carrier will go out of business right when you need them. Again, that’s not the time to start negotiating the terms of your company’s promises to pay your legal expenses and settlement costs.

Here are four items to consider when negotiating a personal indemnification agreement:

1. Make sure the indemnification agreements are thoughtfully constructed. This includes details on how the process works to indemnify directors and officers, and what will happen if there’s a conflict between a director and the company that is indemnifying the director.

2. Remember, indemnification agreements are not just for public companies. Private company directors and officers also need these agreements in addition to D&O coverage for private companies . This is especially true for companies headed towards an IPO. An agreement that indemnifies board members also bolsters the attractiveness of a director or officer position at your corporation at every stage of its lifecycle.

3. Consider mergers and acquisitions. M&A is among the top three reasons that public companies are sued. The indemnification agreement in place at that time is usually the one that responds if a claim arises post-closing for some pre-claim activities. When litigation happens under new management, sometimes the only way indemnification will be considered is if there is a formal agreement in place. (Note that D&O tail policies should also be considered if a sale is on the horizon.) Also consider that special-purpose acquisition companies are on the rise, and they have a unique set of risks, too.

4. Revisit the indemnification agreements every few years as a housekeeping item. It’s a mistake to just rely on the form of indemnification agreement that was put in place for all the directors and officers when the company went public a number of years ago. Things do change, and what one might consider “state-of-the-art protection” evolves over time.

With rising insurance rates, many companies are looking at a future where they may be unable to afford the levels of D&O insurance coverage that used to be standard for directors and officers.

In a world with extremely high SIRs, the stakes are even higher. If you are a director or officer, it has never been more important to think about how an indemnification agreement will interact with your D&O insurance policy, and to make sure you have the strongest possible agreement in place to protect yourself.