The cost of D&O insurance for SPACs has gone up dramatically in the last quarter. In this guest post, my colleague, Andrew Silva, explains why and outlines the factors insurance underwriters consider when setting their prices. –Priya

In addition, more information can be found in Woodruff Sawyer’s updated Guide to Insuring SPACs in 2021. 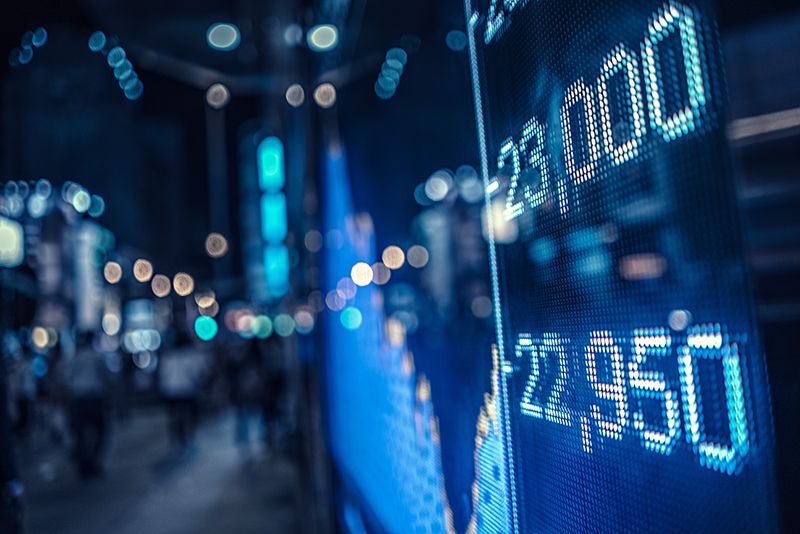 Cost of D&O Insurance for SPACs

Why have the costs increased so quickly?

A big factor is the volume of SPAC IPOs, all of which need D&O insurance. According to SPACInsider, more than 150 of these blank check companies have gone public in 2020 through October 20, 2020, raising over $50 billion in proceeds. This already exceeds the total amount raised of $13.6 billion in 2019 by 59 IPOs, and market intel reveals that there are over 20 SPACs set to file before the end of the year. There is a limited amount of insurance capital available for SPAC IPOs (more on this below), so it is no surprise that as demand increases, the prices are going up.

In addition, such a high level activity in the sector brings with it the potential for more shareholder litigation. This worries D&O insurance carriers since it is their capital that will be capped if shareholders file lawsuits that allege wrongful acts by a SPAC’s directors and officers. Underwriters are also concerned that the sheer volume of SPACs will draw the scrutiny of the Securities and Exchange Commission.

On a macro level, D&O insurance premiums and self-insured retentions for operating company IPOs are currently at all-time highs as a result of a 2018 Supreme Court decision, Cyan v. Beaver County Employees Retirement Fund. This decision led to skyrocketing numbers of lawsuits being brought by plaintiff attorneys in multiple jurisdictions, which in turn skyrocketed the cost of D&O insurance for new IPO companies. By contrast, to date there has been no plaintiff litigation filed against a SPAC IPO. As a result, even with increasing prices, an experienced insurance broker will be able to negotiate D&O coverage with wildly more favorable pricing and SIRs than those of a typical IPO program.

Having said that, the D&O insurance marketplace for SPAC IPOs is currently more limited than for traditional operating companies. The blank-check nature is difficult for some insurers to model in their underwriting, there is uncertainty of where the trust’s capital will be deployed, and a number of carriers are unable to issue long-term policies given their re-insurance treaties.

Factors that make some carriers who can write D&O insurance for operating company IPOs unable to quote a policy for a SPAC include the following:

The fact that all D&O insurance carriers are unable to provide these critical terms, of course, reduces the available insurance capital for SPAC IPOs—another reason that prices continue to rise.

Your insurance broker should be working with insurance carriers that both understand SPAC risks and are committed to structuring the policy that addresses the unique needs of SPACs.

A sophisticated broker will also be able to provide guidance on the top eight considerations insurance underwriters will consider when determining how much they will charge for D&O insurance.

While reviewing the S-1, the underwriters will focus on the composition of the SPAC’s board of directors and management team. This is the most important factor in an insurance carrier’s determination of the D&O policy’s premium and SIRs. Each member of the group’s experience in their given industry and the SPAC sector, track record of investments, and reputation will be analyzed. A sponsor team made up of seasoned SPAC veterans who have executed multiple SPAC transactions may be viewed as a more attractive risk compared to one composed of less experienced members or those who have not participated in a SPAC formation before. In addition, insurance underwriters are wary of any SPAC officers or directors who may be known for unusual behavior, and they will price their policies accordingly.

The larger the fundraise, the higher the D&O policy premium and self-insured retention. Historically, settlement amounts of securities class action suits are correlated with a company’s market cap. So, as an example, a SPAC raising $100 million will receive D&O insurance quotes with a lower premium and SIRs than that of a SPAC raising $500 million or more.

3. Target Class of Business for Acquisition and Alignment with Sponsor Experience

Insurance underwriters will want to see correlation between the sponsor team’s expertise and the targeted class of potential companies to acquire. A board composed of individuals who have a track record of investing in and operating technology companies that intends to pursue businesses in this same field will be viewed positively. Alternatively, a team with experience in the tech industry but that is looking to deploy capital in some other industry will be viewed more negatively. It should also be noted that some industries are difficult no matter who is on the board; for example, anything having to do with cannabis.

D&O insurance carriers favor writing policies in geographies where they understand the state’s regulations, corporate securities laws, and consumer economy environment. Various insurers have strict guidelines that prohibit them from covering areas of the world where they do not have these insights. For example, SPACs targeting businesses in the United States will have an easier time with insurance underwriters than those targeting businesses in China. Additionally, some domestic insurers can only write D&O policies for US-domiciled companies (often with some exceptions such as the Cayman Islands).

5. Specificity of the Target Criteria Provided in the S-1

In reviewing the S-1, the underwriters attempt to forecast where the SPAC’s capital will ultimately be deployed in a transaction. The more specific the information outlined in the S-1 registration statement regarding the target class of business and its location, the greater clarity insurance underwriters will feel they have. Thus, underwriters will be more confident in their ability to understand the scope of potential acquisitions of a SPAC targeting a “North American-based SaaS technology company” compared to if the target description merely referred to a “technology company with no preference of location throughout the entire world.” More specificity allows insurance underwriters the ability to provide additional credits to their rating system.

In reviewing a SPAC’s profile, the insurance carriers will want to make sure there are no potential conflicts of interest in the arrangements between the sponsors and the SPAC. If the underwriters view the “promote” or any additional compensation that management receives for sponsoring the SPAC as too high, they will most likely balk at offering terms. The underwriters will also analyze the disclosures of related party transactions. For example, the carriers will want to avoid scenarios in which the sponsors are acquiring a company where a director or officer holds a previously established connection with the target and would benefit from the transaction. If there are any other provisions which may entice skepticism, such as an uncommon warrant structure, there will be less interest from the underwriters.

Much like the sponsor’s background, the stronger the SPAC’s advisory team, the more comfortable the underwriters will be in writing the risk. This group includes the SPAC’s outside counsel, investment bankers and auditors. A SPAC that can work with reputable firms who have much experience in the sector comforts insurance underwriters because they believe these firms will have invested time and resources to perform their own due diligence. In obtaining such support, the SPAC is setting itself up for as successful of an IPO launch as possible.

SPACs May Still Be Risky

While SPACs are currently viewed as less risky than the traditional IPO company by some D&O insurance underwriters, there are those who do not share the same opinion. D&O insurance carriers are also closely monitoring the landscape to write business in the sector. However, notwithstanding already elevated pricing, many carriers think the pricing for D&O insurance for SPAC IPOs remains underpriced. These carriers will only start writing policies if they are able to charge much higher premiums and retentions, something some SPACs may need to pursue in the future if capacity becomes even more constrained than it is now.

For more information on insurance issues related to SPAC transactions, including the entire SPAC lifecycle, download Woodruff Sawyer’s Guide to Insuring SPACs in 2021. 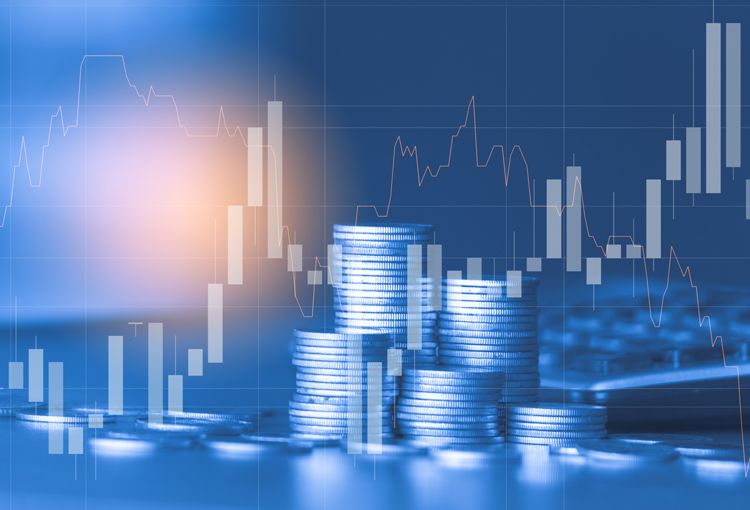 How Much Is That D&O Premium? Eye-Popping D&O Price Increases Confound SPAC Sponsors

The pricing of directors and officers (D&O) insurance coverage for the SPAC at its IPO is one area that does not seem to be getting the full level of disclosure. 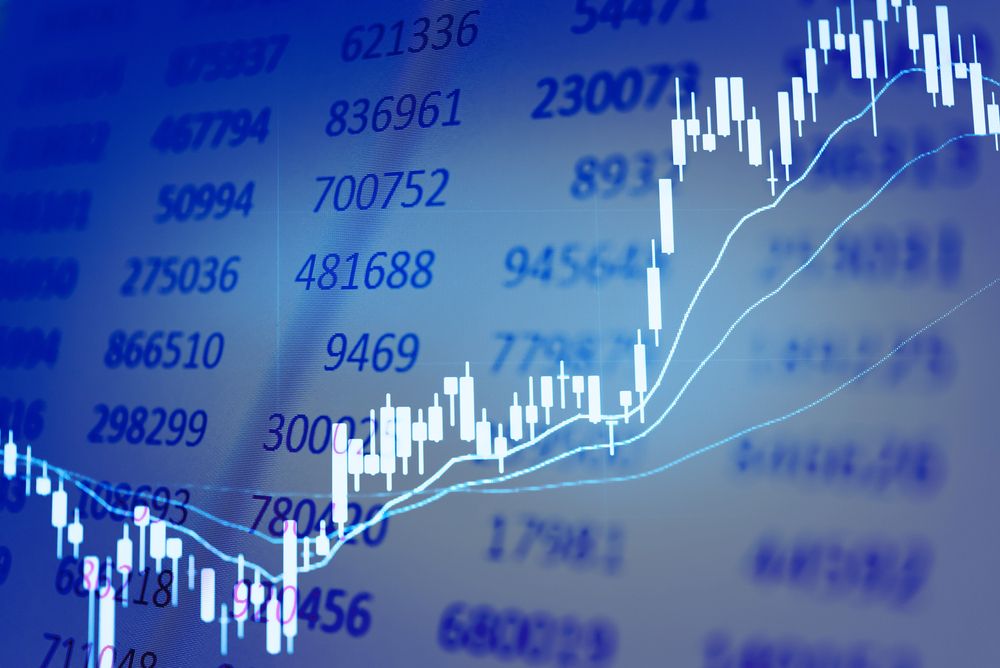